Alcuin Books located in Old Town Scottsdale is a store with 15,000 serious books for the collector or scholar. We have ample parking in front of the store for those who wish to browse our holdings.

We accept Visa, MC, American Express and Discover. All books are carefully described and may be returned within ten day if the customer is not satisfied. Members ABAA, ILAB. Shipping is $5 for US orders based on books weighing 2 lbs. Worldwide shipping available. 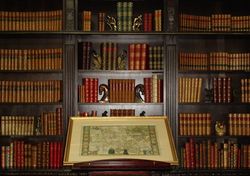 We also have a brick-and-mortar store! Visit us at:

Alcuin Books, ABAA-ILAB is a member of: