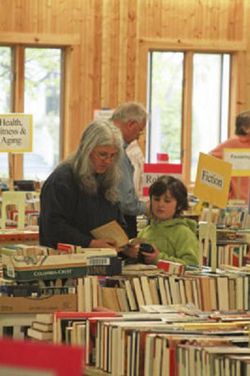 Private premises - bookfairs and postal only.

HOURS - MONDAY, WEDNESDAY & FRIDAY 9 AM TO 1 PM. Since 1971 we've been selling new and used military books by mail order and through our retail store. Over the years we've been able to provide thousands of satisfied customers with titles ranging from ancient warfare to the Napoleonic Wars to World War II and right up to current military affairs. When you browse our online inventory, we're confident that you'll find an unsurpassed collection of new and used military history. And, if you're seeking something rare, we'd be pleased to receive your want lists. We thank you for your continued support. --- Bob and Judy Ruman

Bluejacket specializes in the naval history of the United States. The majority of titles concern the history and development of the U.S. Coast Guard, U.S. Marine Corps, and U.S. Navy.

We specialize in maritime-related books, charts, periodicals, prints and ephemera. We also have a selection of antiquarian material and books, manuscripts, and ephemera of local interest, including maps and prints.