Founded in 1883 in Vienna, where their main offices are still located, Antiquariat Inlibris is among the most reputable companies in the industry. With a stock of no fewer than 50,000 items they form one of the largest non-institutional, privately owned repositories of rare books, historical manuscripts and autographs. Over the past century they have served the most renowned universities, museums, and national libraries worldwide by supplying them with collections as well as with individual items of the utmost importance and rarity. Today, the company is represented through registered branches in Europe, the United States and the Middle East, maintaining offices in Vienna, New York City, and Sharjah (UAE).

I have over thirty years experience as a full-time bookseller, ten years as owner of a brick and mortar shop and twenty-one on the internet and at book shows. My particular interest is in books and other printed objects as agents or artifacts of social upheaval and cultural clash.

BOOKS ON THE ORIENT

Gregory and Beverly Gamradt, Books on the Orient, was established in 1979. We specialize in fine and rare books on Tibet, Central Asia, Mongolia, China, Nepal, The Himalayas, Japan, Korea, Southeast Asia, India, The Pacific, Oceania, Africa, The Middle East and select general titles. We also stock rare and unusual dictionaries as well as obscure bible translations from around the world. We expertly pack all items ordered.

Important, Fine and Rare Books for the Discriminating Reader and Collector. Member of ABAA/ILAB
We have an extensive collection of books on Americana, Military History, Intelligence and Espionage, the Middle East and the American Revolution. In 1987 we discovered and validated an original copy of the Declaration of Independence.

We have been selling books in Persian (Farsi/Dari) and books about Iran since 1979.

We have offices/storerooms open during business hours in the old Finchley Manor House complex. Cafe on site, free parking locally 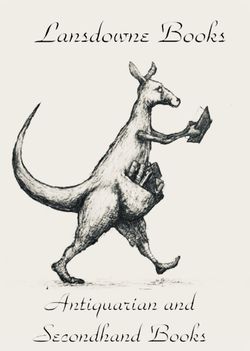