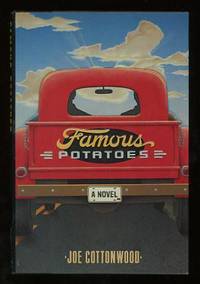 Description:
New York: Delacorte/Seymour Lawrence. Near Fine in Near Fine dj. (c.1979). First Edition. Hardcover. 0440030986 . [minimal shelfwear, front cover very slightly bowed; jacket shows just a trace of surface wear]. (line drawings) "...the exuberant, irresistible story of the adventures of Willy Middlebrook, a.k.a. Willy Crusoe--veteran, fugitive, wanderer, and lover. On the lam from a spurious murder charge, with an aching heart and broken balls, Willy sets off in search of his mystical bride, Erica." A damn funny book, if memory serves (and sometimes it does). .
Item Price
£7.45
£12.13 shipping to GBR 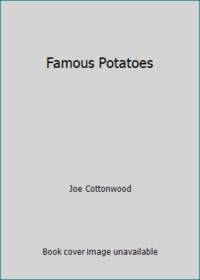 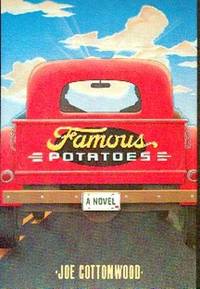 Description:
New York: Delacorte Press/Seymour Lawrence, 1979. 'Famous Potatoes' is the exuberant, irresistible story of the adventures of Willy Middlebrook, aka Willy Crusoe.....veteran, fugitive, wanderer, and lover. On the lam from a spurious murder charge, Willy sets off in search of his mystical bride, Erica. His quest takes him from the Mushroom Mountain Sanitarium in the hills of West Virginia, via highways, bus stations, and cheap diners in Philadelphia, St. Louis and points in between, to a lost gold mine in the sky-high rockies of Idaho, where he and the wily old prospector Uncle Henry do battle with the ghost of the lost miner Jedediah. Joe Cottonwood is blessed with that uniquely American talent for telling tall tales and here weaves a whopper! A clean, bright book. No ownership markings. Remainder mark to bottom edge. A brightly illustrated dust jacket shows creasing to inside front flap.. First Edition. Hard Cover. Near Fine/Very Good.
Item Price
£10.81
£27.20 shipping to GBR