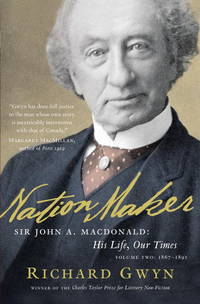 RICHARD GWYN is an award-winning author and political columnist. He is widely known as a commentator for the Toronto Star on national and international affairs and as a frequent contributor to television and radio programs. His books include two highly praised biographies, Smallwood: The Unlikely Revolutionary on Newfoundland premier Joey Smallwood, and The Northern Magus on Pierre Elliott Trudeau. His book, Nationalism Without Walls: The Unbearable Lightness of Being Canadian , was selected by the Literary Review of Canada as one of the 100 most important books published in Canada. The first volume of Gwyn's biography of Macdonald was published in 2007, became a national bestseller and won the Charles Taylor Prize for Literary Non-Fiction.

Description:
Random House Canada. Hardcover. GOOD. Spine creases, wear to binding and pages from reading. May contain limited notes, underlining or highlighting that does affect the text. Possible ex library copy, will have the markings and stickers associated from the library. Accessories such as CD, codes, toys, may not be included.
Item Price
US$1.81
US$3.00 shipping to USA

Description:
Random House Canada. Used - Good. Ships from Reno, NV. Former Library book. Shows some signs of wear, and may have some markings on the inside. 100% Money Back Guarantee. Shipped to over one million happy customers. Your purchase benefits world literacy!
Item Price
US$6.86
FREE shipping to USA

Description:
Random House Canada. Used - Good. Former Library book. Shows some signs of wear, and may have some markings on the inside.
Item Price
US$6.86
FREE shipping to USA 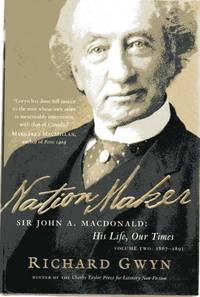 Description:
RANDOM HOUSE CANADA, 2011. Hardcover. As New. The book looks like new, unread and clean. Edges are sharp and fine. No tears or creases. No stains, writing or reminder marks. The binding is straight and tight. Once your order has been confirmed and payment received, your order will then be processed. The book will be located by our staff, packaged and despatched to you as quickly as possible.
Item Price
US$19.80
US$10.00 shipping to USA 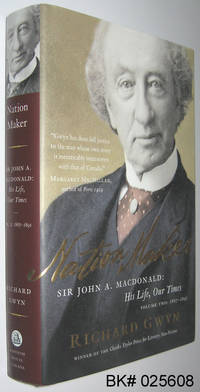 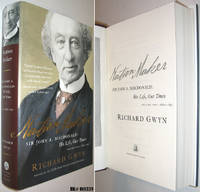 Description:
Hardcover Edition, Book and Jacket in excellent condition. Like New
Item Price
US$21.53
US$18.46 shipping to USA 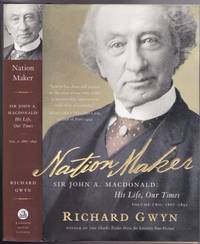 Description:
Toronto: Random House Canada, 2011. -----The scan you see is the book you get. Quarter bound red cloth with beige boards & gilt on spine, headband, 676 pages, Near Fine condition, dust jacket is in Near Fine condition. "John A. Macdonald, Canada''s first & most important prime minister, is the man who made Confederation happen, who built this country over the next quarter century, and who shaped what it is today. From Confederation Day in 1867, where this volume picks up, Macdonald finessed a reluctant union of four provinces in central & eastern Canada into a strong nation, despite indifference from Britain & annexationist sentiment in the United States." Check out the scans. . 1st Edition 1st Printing. Hard Cover. Near Fine/Near Fine. 8vo.
Item Price
US$27.95
US$12.90 shipping to USA

Description:
Toronto: Random House Canada 978-0-307-35644-4 [978-0-307-35644-4] 2011. (Small 4to) 676pp. Near fine in near fine dust jacket. Photographs, illustrations, notes, bibliography, index. There is a one-inch closed tear to the top of the back panel and a creased rear fixed endpaper from what appears to have been a slight manufacturer's error. "An exciting story, passionately told and rich in detail, Nation Maker is the last half of Richard Gwyn's award-winning and bestselling life of our first and most important prime minister, Sir John A. Macdonald". Book about John A. MacDonald. Vol. 2 1867-1891. Locale: Canada. (Prime Ministers, History--Canada, Prime Ministers).
Item Price
US$26.25
US$16.50 shipping to USA

Description:
Hardcover. Very Good. Access codes and supplements are not guaranteed with used items.
Item Price
US$60.17
US$3.00 shipping to USA 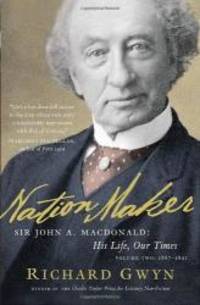 Description:
2011-02-08. Good. Ships with Tracking Number! INTERNATIONAL WORLDWIDE Shipping available. May not contain Access Codes or Supplements. May be re-issue. May be ex-library. Shipping & Handling by region. Buy with confidence, excellent customer service!
Item Price
US$84.00
FREE shipping to USA