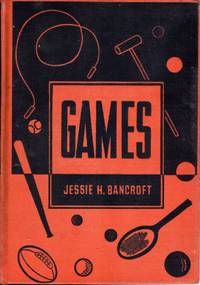 Description:
1996. 1st Edition. Hardcover. Biography. Soccer As New As New. Gift quality About the book: Presents the life stories of the eleven young immigrant strangers who joined together and went on to win the 1950 World Cup during a time before big TV deals and endorsement contracts, when their only inspiration was their love for the game of soccer.
Item Price
US$12.99
FREE shipping to USA

Description:
2013. Soft cover. A Game of Thrones. George R R. Martin, Near Fine . 8vo - over 7Â¾ - 9Â¾" tall. This is a box set of 5 books in as new to near fine condition. Also includes an cd still in shrink wrap. About the book: Perfect for fans of HBO's Game of Thrones--a boxed set featuring the first five novels! An immersive entertainment experience unlike any other, A Song of Ice and Fire has earned George R. R. Martin--dubbed "the American Tolkien" by Time magazine--international acclaim and millions of loyal readers. Now here is the entire monumental cycle: A GAME OF THRONES A CLASH OF KINGS A STORM OF SWORDS A FEAST FOR CROWS A DANCE WITH DRAGONS "One of the best series in the history of fantasy."--Los Angeles Times Winter is coming. Such is the stern motto of House Stark, the northernmost of the fiefdoms that owe allegiance to King Robert Baratheon in far-off King's Landing. There Eddard Stark of Winterfell rules in Robert's name. There his family dwells in peace and comfort: his proud wife,… Read more
Item Price
US$55.00
FREE shipping to USA

Description:
Josiah Thomas Jones , 1837. Hardcover. Poor. 8vo - over 7Â¾ - 9Â¾" tall. The book is in Welsh--the title means: "A Theological Dictionary, comprising explanatory, critical, and practical comments, on the main words, articles, costings, and duties of religion ..." The book needs rebinding--the front and back cover letter boards are loose and portion of the letter spine are missing. There is foxing throughout and notes and a newpaper clipping in Welsh are found loose inside--some fading into the pages. The major portion of the book (from title page to end paper) is still held in the binding. Previous owner was one "M. Richard Samuels." Indications are that the book came from Emporia, KS. The marblized front end paper and several other pages bound together are loose also. Writing on the plain paper in this group seems to be birth dates etc; however, I do not read Welsh
Item Price
US$52.99
FREE shipping to USA

Description:
Harper & Bros New York, 1941. 2nd Edition. Hardcover. Very Good/No Jacket. 8vo - over 7Â¾ - 9Â¾" tall. Inscribed by Author(s). Illustrated: 62 illustrations drawn from unusual sources and specially chosen by the author. Inscribed by the author reverse of front end paper: "To Tomi Crain, with gratitude and affection Carlton J.H. Hayes, February, 1943." Binding is tight and pages are clean. Provenance and association: This item was purchased at the estate sale of Agnes Crain, daughter or Earl T. Crain and his wife (possibly Tomi). Earl was a diplomat for the USA and served around the world. He served many US Presidents. See the reproduction of the estate sale classified ad also. Per internet research Hayes was an ambassador to Spain during WWII. Earl was his underling. The following excerpt is from a book by Jimmy Burns entitled Papa Spy: Love, Faith, and Betrayal in Wartime Spain (pages 130-31), which is google book: Within weeks of his arrival in Spain Burns established a close relationship… Read more
Item Price
US$48.49
FREE shipping to USA

Description:
1993. Hardcover. History As New As New. 8vo - over 7Â¾ - 9Â¾" tall. Gift-quality About the book: Genghis Khan (c. 1162-1227), born Temujin, was the eldest son of a Mongol ruling family whose power was in precipitous decline. At his birth, the Mongols, living in the arid steppes of Asia, were a leaderless nomadic people scattered by constant warfare with competing tribes and by a hostile Chinese government to the south. When he died, Genghis Khan was Emperor of the Steppes and conqueror of a vast territory stretching from China through Persia, as far east as the Caucasus Mountains. This compelling biography recounts the early life and rise to power of one of the world's most fearsome warriors, as seen and remembered by Genghis Khan's compatriots. The author based his work on The Secret History of the Mongols the sole contemporary record of the great Khan and his people. This rare and remarkable view of politics and power in the thirteenth century, lost to history for some seven hundred years, is… Read more
Item Price
US$12.49
FREE shipping to USA 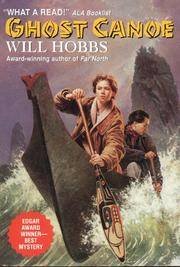 Description:
2010. Hardcover. Collectible hb. As New As New. 8vo - over 7Â¾ - 9Â¾" tall. About the book: The stunning third and final novel in Stieg Larsson's internationally best-selling trilogy... Lisbeth Salander--the heart of Larsson's two previous novels--lies in critical condition, a bullet wound to her head, in the intensive care unit of a Swedish city hospital. Shes fighting for her life in more ways than one: if and when she recovers, shell be taken back to Stockholm to stand trial for three murders. With the help of her friend, journalist Mikael Blomkvist, she will not only have to prove her innocence, but also identify and denounce those in authority who have allowed the vulnerable, like herself, to suffer abuse and violence. And, on her own, she will plot revenge--against the man who tried to kill her, and the corrupt government institutions that very nearly destroyed her life. Once upon a time, she was a victim. Now Salander is fighting back.
Item Price
US$8.95
FREE shipping to USA

Description:
2010. Trade paperback. The Girl Who... Stieg Larsson Very Good . 8vo - over 7Â¾ - 9Â¾" tall. About the book: Part blistering espionage thriller, part riveting police procedural, and part piercing exposÃ© on social injustice, The Girl Who Played with Fire is a masterful, endlessly satisfying novel. Mikael Blomkvist, crusading publisher of the magazine Millennium, has decided to run a story that will expose an extensive sex trafficking operation. On the eve of its publication, the two reporters responsible for the article are murdered, and the fingerprints found on the murder weapon belong to his friend, the troubled genius hacker Lisbeth Salander. Blomkvist, convinced of Salanders innocence, plunges into an investigation. Meanwhile, Salander herself is drawn into a murderous game of cat and mouse, which forces her to face her dark past.
Item Price
US$6.99
FREE shipping to USA