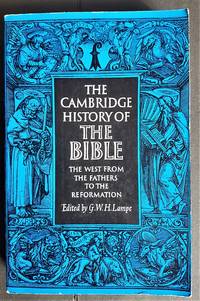 Description:
The Cambridge University Press is making available for the first time in paperback form selected volumes from the range of the Cambridge histories. It is hoped that by so doing these notable works of scholarship will be made more readily available for individual purchasers. Volume 2 of The Cambridge History of the Bible covers the effects of the Bible on the history of the West between the early Church Fathers and the Reformation.
Item Price
US$120.00
US$30.00 shipping to USA 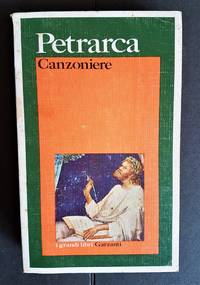 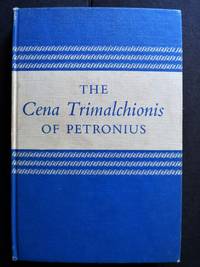 Description:
It is hoped that the addition of the Apocolocyntosis and Inscriptions will add to the interest of the book; some knowledge of Pompeian inscriptions is indispensable for the full appreciation of the Cena, while the Latinity of the Apocolocyntosis presents some striking similarities. In this second edition I have enlarged the notes and appendices in order to make the book more useful to universities; while I have kept most elementary notes, since I feel that they still supply a need. (Ed.)
Item Price
US$58.00
US$30.00 shipping to USA 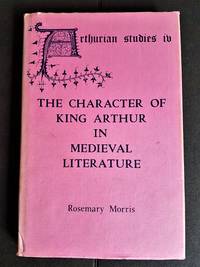 Description:
Arthur appears in medieval literature in an infinite variety of different guises, yet remains a distinct character. Medieval writers, however freely they treat their sources, respected the traditions of the past, and Dr. Morris, in writing the 'biography'of Arthur, is concerned to show the complex interlinking of different versions of his story. Her approach is through the sequence of events which make up Arthur's career. She looks in turn at his antecedents, the story of his conception and birth, and his accession, the initial 'facts', and then discuss his warfare, his role in peacetime, his relationships with his family, and his personal attributes. The problems surrounding Arthur's death are examined in the final chapter.
Item Price
US$75.00
US$30.00 shipping to USA 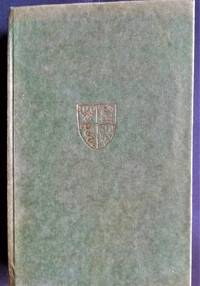 Description:
Posterity has been strangely neglectful of Charles of Orleans. As a youth he played a far more important part in the political and military life of his country than fell to the lot of most princes still in their teens; a part as much inspired by his desire for the good of the realm as by his wish to avenge the murder of his father. And as a mature man he strove with single-minded devotion to make a peace with England that should allow France to regain her long-lost prosperity, and free his fellow-countrymen from the miseries of the Hundred Years of War. The chroniclers of his own days were well aware of these actions and gave him credit for them. Despite this, nearly all later French historians - and English ones too - have passed over him in silence, or at best mention him merely as one among the group of princes who were his allies. It almost seems as if their knowledge that he was also a poet inclines them not to take his other capacities seriously.
Item Price
US$48.00
US$30.00 shipping to USA 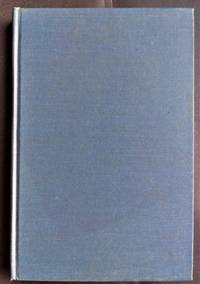 Description:
The problem of this dissertation is to estimate, if possible, the full indebtedness of Chaucer to the Consolation of Philosophy; to show that his indebtedness is inadequately represented by lists of specific verbal borrowings such as have been prepared hitherto'; and to consider the influence of Boethius on Chaucer as the influence of a philosopher on a highly intellectual poet, capable of thoroughly assimilating the Boethian teaching, of applying it to life, of using it in original ways in his poetry, and of expressing it aptly in language of his own. The culmination of the argument lies in the discussion of the minor poem Truth in Chapter III and in the discussion of Troilus and Criseyde and the Knight's Tale in Chapter IV, the poems which are the highest expression of the Boethian influence. In Chapter I Chaucer's translation is considered.
Item Price
US$25.00
US$30.00 shipping to USA 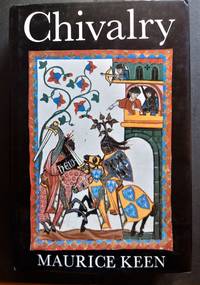 Description:
In this book Maurice Keen examines the significance of chivalry as a secular social ideal in the period from c. 1100 to c. 1500, and finds that historians have exaggerated both chivalry's early Christian dedication and its later secular decadence, and that it may be better described as an ethos in which martial, aristocratic and Christian elements were fused together.
Item Price
US$85.00
US$30.00 shipping to USA 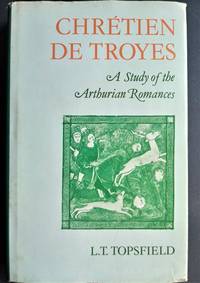 Description:
Leslie Topsfield has established a reputation as a leading scholar of medieval French literature through a number of publications including Troubadours and Love (first published by Cambridge in 1975). In his new book, Dr. Topsfield turns his attention to the five Arthurian romances of Chretien de Troyes. He attempts to show the ways in which this most enigmatic and influential of medieval romance-writers reveals his ideas about man, society and God. The book studies the evolution of these ideas from Chretien's earliest known romance, Erec and Enide, through Cliges, Lancelot and Yvain, to the unfinished Perceval or Le Conte du Graal.Dr. Topsfield demonstrates the importance of Chretien de Troyes for the development of the genre of medieval romance, and the establishment of Arthurian material within the Western literary tradition. In this respect, the book will be of interest to all those involved in European medieval studies.
Item Price
US$24.00
US$30.00 shipping to USA 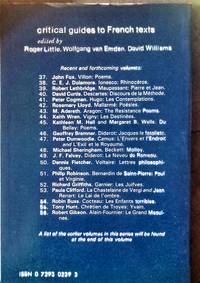 Description:
Chrétien de Troyes was a French poet and trouvère known for his writing on Arthurian subjects, and for possibly originating the character of Lancelot. Chrétien's works, including Erec and Enide, Lancelot, Perceval, and Yvain, represent some of the best-regarded of medieval literature. (Wikipedia)
Item Price
US$18.00
US$30.00 shipping to USA 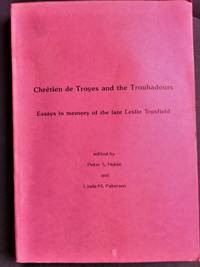 Description:
This volume of essays is intended as a tribute to the late Leslie Topsfield by his friends, pupils, colleagues and admirers. All the essays are concerned with two of the fields in which he was most interested and for which he was best known. While they by no means represent the full range of his concerns it is hoped they wil be seen as a fitting tribute to a man whose premature death has deprived us of an inspiring teacher and a wise and humane scholar, who still had much to say on medieval literature.
Item Price
US$65.00
US$30.00 shipping to USA 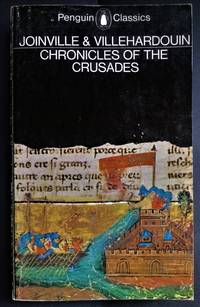 Description:
Two famous, firsthand accounts of the holy war in the Middle Ages translated by Margaret R. B. Shaw Originally composed in Old French, the two chronicles brought together here offer some of the most vivid and reliable accounts of the Crusades from a Western perspective. Villehardouin's Conquest of Constantinople, distinguished by its simplicity and lucidity, recounts the controversial Fourth Crusade, which descended into an all-out attack on the Eastern Christians of Byzantium. In Life of Saint Louis, Joinville draws on his close attachment to King Louis IX of France to recall his campaigning in the Holy Land. Together these narratives comprise a fascinating window on events that, for all their remoteness, offer startling similarities to our own age.
Item Price
US$18.00
US$30.00 shipping to USA 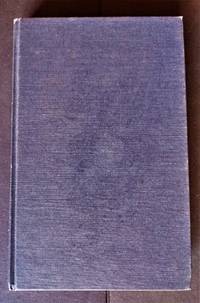 Description:
The book contains a full translation of the text of the book Libertas: Kirche und Weltordnung im Zeitalter des Investiturstreites, (W. Kohlhammer, Leipzig, 1936). The Appendices have been selected from the seventeen printed at the end of the German edition, and in some places have been slightly condensed. The notes represent only a selection from the large body of references and illustrative material collected by the author.
Item Price
US$43.00
US$30.00 shipping to USA 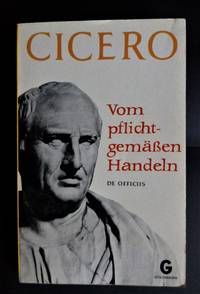 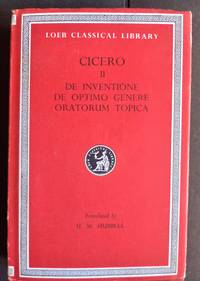 Description:
CICERO (Marcus Tullius, 3rd Jan. 106 - 7th Dec. 43 B.C.), Roman lawyer, orator and politician - and even philosopher, of whom we know more than of any other Roman, lived through the stirring era which saw the rise, dictatorship, and death of Julius Caesar in a tottering republic. In his political speeches especially and in his correspondence we see the excitement, tension and intrigue of politics and the part he played in the turmoil of the time.
Item Price
US$42.00
US$30.00 shipping to USA 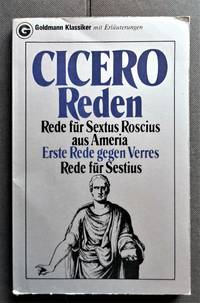 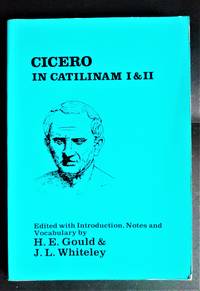 Description:
CICERO was born near Arpinum on January 3rd, 106 B.C, and lost his life in December, 43 B.C., in the proscriptions which Antony organised in the troubled period following Caesar's murder. Cicero's life, then, covers the period which saw the collapse of the Roman Republic and the beginning of what was to be the Roman Principate in which the Emperors had the powers of dictators.
Item Price
US$18.00
US$30.00 shipping to USA 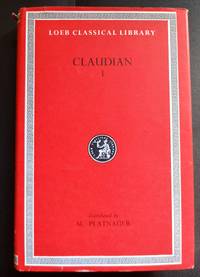 Description:
Claudius Claudianus, Latin poet of great affairs, flourished during the joint reigns (A.D. 394-5 onwards) of the brothers Honorius (Emperor in the West) and Arcadius (in the East). Apparently a native of Greek Alexandria in Egypt, he was, to judge by his name, of Roman descent, though his first writings were in Greek, and his pure Latin may have been learnt by him as a foreign language. About A.D. 395 he moved to Italy (Milan and Rome) and though really a pagan, became a professional court-poet composing for Christian rulers works which give us important knowledge of Honorius' time.
Item Price
US$18.00
US$30.00 shipping to USA 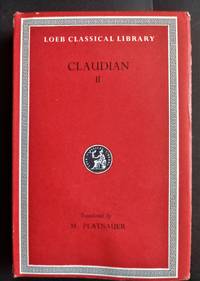 Description:
CLAUDIUS CLAUDIANUS, Latin poet of great affairs, flourished during the joint reigns (A.D. 394-5 onwards) of the brothers Honorius (Emperor in the West) and Arcadius (in the East). Apparently a native of Greek Alexandria in Egypt, he was, to judge by his name, of Roman descent, though his first writings were in Greek, and his pure Latin may have been learnt by him as a foreign language.
Item Price
US$28.00
US$30.00 shipping to USA 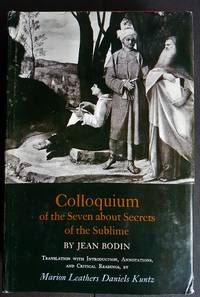 Description:
Translation with introduction annotations and critical readings by Marion Leathers Daniels Kuntz."Dr. Daniels' accurate translation of Bodin's Colloguium will make this important and practically unknown work available to all scholars and students interested in the philosophy, literature, and religious thought of the Renaissace, and especially in the emergence of free thought and religious tolerance." Paul Oscar Kristeller, Columbia University.
Item Price
US$145.00
US$30.00 shipping to USA 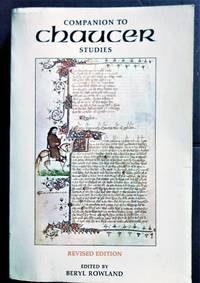 Description:
Now in a revised edition, this collection of twenty-two essays is essential reading for every student of Chaucer's poetry. The contributions, which were written especially for this volume, represent some of the most distinguished Chaucerian scholarship of our time. Perceptive and lively, the studies explain the most significant aspects of Chaucerian scholarship, discuss the critical principles on which they are based, and provide sound, modern interpretations of the poetry. The work is particularly useful in helping the student sort out the bewildering variety of modern approaches to and re-evaluations of Chaucer's poetic achievement. The second edition brings all the articles and bibliographies up-to-date and includes two essays that are new: one on the Legend of Good Women and one on Chaucer, the church, and religion. A convenient index is also new to this edition.
Item Price
US$67.00
US$30.00 shipping to USA