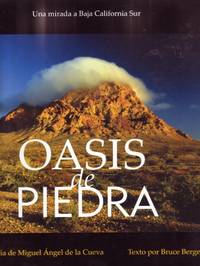 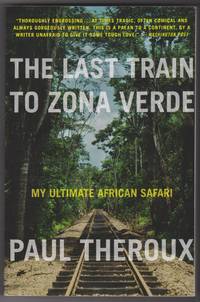 Description:
Houghton Mifflin Harcourt, New York, 2014. 3rd printing. Condition: Near fine softcover, very slight edge nicks.From the publisher: Over a decade ago, Paul Theroux's best-selling Dark Star Safari chronicled his epic overland voyage from Cairo to Cape Town, providing an insider's look at modern Africa. Now, with The Last Train to Zona Verde, he returns to discover how both he and Africa have changed in the ensuing years...
Item Price
US$6.02
US$12.12 shipping to USA 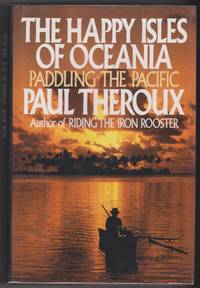 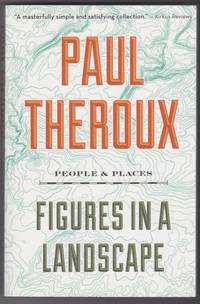 Description:
Mariner, Boston, 2019. First trade paperback edition. Condition: Near fine softcover, very slight edge wear.From the publisher: Paul Theroux's latest collection applies his signature curiosity to a life lived as much as in reading as on the road. In this writerly tour de force, travel essays take us to Ecuador, Zimbabwe, and Hawaii, to name a few. Gems of literary criticism reveal fascinating depth in the works of Thoreau, Muriel Spark, Hunter S. Thompson, and many others. And in a series of highly personal profiles, we take a helicopter ride with Elizabeth Taylor, go diagnosing with Oliver Sacks, eavesdrop on the day to day life of a Manhattan dominatrix, and explore New York with Robin Williams.
Item Price
US$9.05
US$12.12 shipping to USA 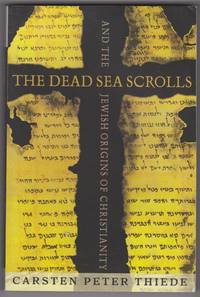 Description:
Palgrave Macmillan, New York, 2003. First edition. Condition: Very good plus softcover, light edge wear, price sticker on rear cover.From the publisher: In this controversial book, Dr. Thiede focuses on what are, perhaps, the most enigmatic ancient documents ever found - the Dead Sea Scrolls. Drawing on his own pioneering methods in restoring the scrolls, Thiede reveals that the Essene library represented by the scrolls demonstrates that the first Christians were essentially a Jewish movement, not a radically new and fundamentally different religion. This perspective clearly has major implications: it affects both how we view the scrolls, and it changes how we consider the history of first-century Christianity.
Item Price
US$3.75
US$12.12 shipping to USA 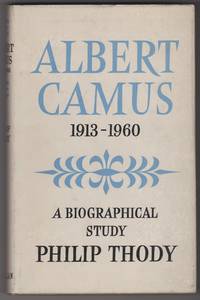 Description:
Macmillan, New York, 1961. First edition. Condition: Good in good dust jacket. Slight foxing and edge wear. Slight tears at edges of dust jacket.The tragic death of Albert Camus in a road accident left a gap in world literature. In this book, which is based on his original study, first published in 1957, the year when Camus was awarded the Nobel Prize for literature, Philip Thody has tried to sum up the the reasons why Camus made so urgent an appeal to the people of his generation...
Item Price
US$7.58
US$12.12 shipping to USA 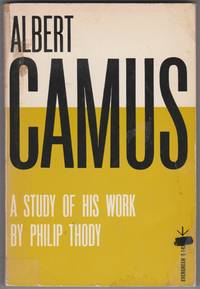 Description:
Grove, New York. 10th trade paperback printing. Evergreen E-143. Condition: Good, edge and corner wear, slight soiling on covers, spine wear. A well read book with no pencil markings except on inside front cover.Philip Thody here gives an assessment of Camus' accomplishments. He interprets in detail and with insight, The Stranger, The Myth of Sisyphus, The Plague, and The Fall as well as Camus' plays and other writings.
Item Price
US$5.26
US$12.12 shipping to USA 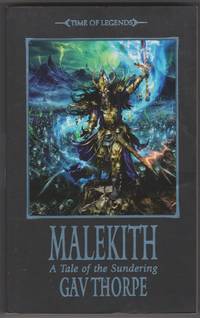 Description:
Black Library, UK, 2009. First edition. Condition: Near fine, very light edge wear, faint crease at rear cover. Signed by the author.The third book in the Time of Legends series begins the epic tale of the Sundering. Malekith triggers a tragic sequence of events that plunges the realm of the elves into a civil war from which they will never recover...
Item Price
US$30.26
US$12.12 shipping to USA 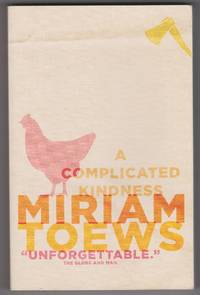 Description:
Vintage Canada, Toronto, 2017. First paperback edition. Condition: Near fine, very light edge and corner wear.Synopsis: "Half of our family, the better-looking half, is missing," Nomi Nickel tells us at the beginning of A Complicated Kindness. Left alone with her sad, peculiar father, her days are spent piecing together why her mother and sister have disappeared and contemplating her inevitable career at Happy Family Farms, a chicken slaughterhouse on the outskirts of East Village. Not the East Village in New York City where Nomi would prefer to live, but an oppressive town founded by Mennonites on the cold, flat plains of Manitoba, Canada...
Item Price
US$3.75
US$12.12 shipping to USA 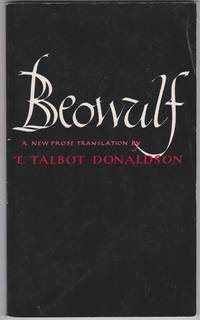 Description:
Norton, New York, 8th paperback printing. Condition: Good, edge wear and corner creasing, scuffing on predominately black covers, underlining and notes in ink.Beowulf is the longest and finest literary work to have come down to us from Anglo-Saxon times, and one of the world's greatest epic poems. Set in the half-legendary, half historical Scandinavian past, it tells the story of the hero Beowulf, who comes to the aid of the Danish king Hrothgar by killing first the terrifying, demonic monster Grendel, and then Grendel's infuriated and vengeful mother. A lifetime later, Beowulf's own kingdom, Geatland, is threatened by a fiery dragon; Beowulf heroically takes on this challenge, but himself dies killing the dragon. The poem celebrates the virtues of the heroic life, but Hrothgar and Beowulf are beacons of wisdom and courage in a dark world of feuds, violence and uncertainty, and Beowulf's selfless heroism is set against a background of ruthless power struggles, fratricide and tyranny.
Item Price
US$1.89
US$12.12 shipping to USA 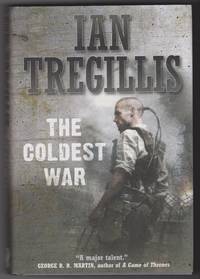 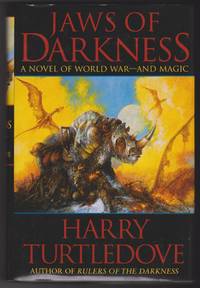 Description:
Tor, New York, 2003. First edition. Condition: Good in very good dust jacket. Book has water stain at bottom of first few and last pages and on inside cover. Otherwise it looks great.From the publisher: Harry Turtledove's masterful story of a magical world's cataclysmic war - which began with Into the Darkness, Darkness Descending, Through the Darkness, and Rulers of the Darkness - continues in this, the fifth volume of the series. The grand conflict for control of the continent of Derlavi rages on, in a battle with all the drama and terror of the Second World War - only the bullets are beams of magical fire, the tanks and submarines are great lumbering beasts, and the fighters and bombers are dragons raining fire upon their targets.
Item Price
US$7.54
US$12.12 shipping to USA