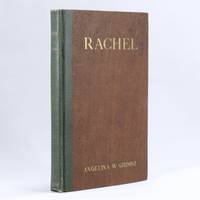 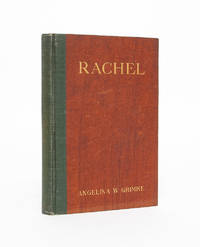 Description:
Boston: The Cornhill Company, 1920. First edition. Near Fine. Octavo collates complete: 96, [8 blank]. Original cloth backed boards with gilt to spine and cover. Only the slightest touch of shelfwear to front board and extremities of spine; light sunning along the foot of the front board. Internally clean and tight. An exceptional copy of this history-making drama, which has only come to auction three times. Rachel, hailed as the first play produced and published by an African American woman, was a critical "attempt to use the state...in order to enlighten the American people relating to the lamentable condition of ten millions of Colored citizens of the free republic" (NAACP). Written by the queer, biracial activist Angelina W. Grimke -- the great niece of the famed abolitionist Angelina E. Grimke -- the play emphasized how the terrors and realities of lynching affected Black families and their core identities. Following the titular protagonist, an educated young woman planning for her future, the… Read more
Item Price:
£1,609.34
£3.30 shipping to USA