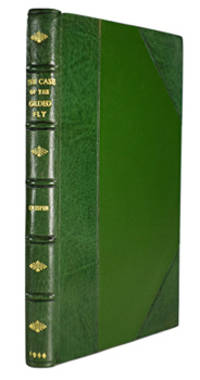 Description:
London: Gollancz, 1946. First Edition 3rd Printing. Hardcover. Very Good/Very Good. 8vo. This is a Very Good Copy of this Book in blue coloured boards with yellow title lettering to spine,in a Very Good Dust-Jacket that has one small chip to the wrapper at the head of spine,with rubbing to extremities and some sun fading along spine of the jacket.Not clipped to inner flap with price of 4/- to spine of the jacket.This copy has NO previous names or inscriptions present with just one remnant address label mark to the top edge of the front pastedown.The book has a firm binding with no hinge weakness.There is some tanning to the page edges and slight spotting to the endpapers.A scarce title from this master of his craft and it remains in very decent collectible condition.The wrapper comes protected in a removable cover sleeve,small 8vo 159pp First Cheap Edition 3rd Impression [1946]
Item Price:
£95.00£85.50
Save £9.50 !
£11.95 shipping to USA 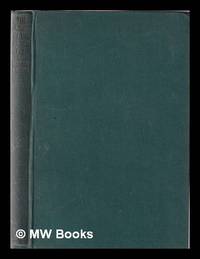 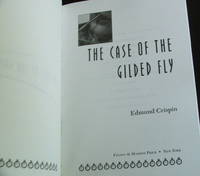 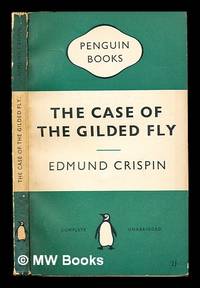 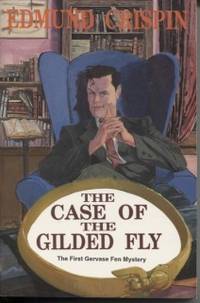 Description:
International Polygonics Ltd.. Fine. 1991. First Thus. Paperback. 1558821082 . As new. First Thus, released with the original title. Crispin's debut novel first published in 1944 initiates the amateur sleuthing of Gervase Fen, an Oxford Language and Literature Professor, thus... "The book abounds in literary allusions ranging from classical antiquity to the mid-20th century." From the back: ... The cast includes a playwright, a producer, a famous actress, a conniving actress (always a highly desirable victim), an organist, two undergraduates, a journalist, and an artillery captain. You'll laugh and cheer while Fen, at his irrepressible best, finds murder in the wings and suspicion on stage as the curtain rises on one of his most intriguing cases ever. ; Library of Crime Classics; 0.8 x 8.1 x 5.4 Inches; 223 pages .
Item Price:
£12.31
£2.46 shipping to USA 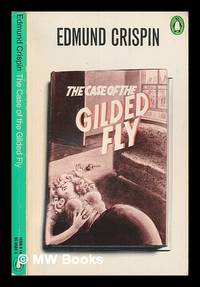 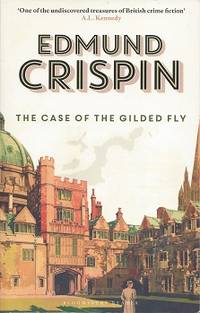 Description:
London: Bloomsbury Reader. Good. 2018. 1st Edition Thus. Trade Paperback. Definitions of several words in ink in beautiful calligraphy, one on inside cover the other two on pages 122 and 123 - useful. . Debut novel. Full number line 2 4 6 8 9 7 5 3 1 . 224 pages. A Gervase Fen Mystery, Book 1. It is October 1940 and at Oxford, the Full Term has just begun. Robert Warner, up and coming playwright known for his experimental approach, has chosen an Oxford repertory theater for the premiere of his latest play, Metromania. Together with his cast he comes to Oxford to rehearse a week before the opening, but Warner's troupe is a motley group of actors among whom is the beautiful but promiscuously dangerous Yseut Haskell. She causes quite a stir with her plots, intrigues and love triangles. When she is found shot dead in the college room of a young man who is infatuated with her, everyone is puzzled and worried; most of the actors have had a reason to get rid of the femme fatale and few have… Read more
Item Price:
£8.98
£3.28 shipping to USA 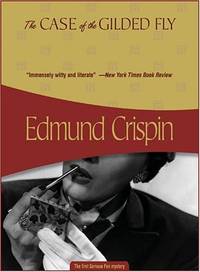 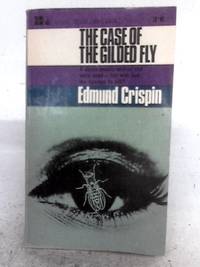 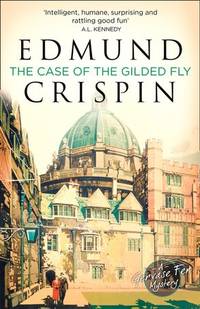 Description:
SOFTBACK SHIPPED FROM THE UK.* Edn: 1st. Thus.* Impression: 2nd. Full number line to 2.* Date of Publication: 2018 (1944)* Publisher: Harper Collins.* Binding and cover condition: Colour illustration to soft card covers. No bumps or rubs. Absolutely minimal shelf wear to edges & corners. Slight creases to spine, not to hinge. Seems lightly-used if at all. VG++* Contents condition: PRIVATE COPY NOT EX-LIBRARY. Clean, crisp, tight & bright. No annotations, inscriptions or marks to text, no tanning or other visible faults. FINE* Illustrations: None.* Pages: 246 pp. text.* Product Description:- The very first case for Oxford-based sleuth Gervase Fen, one of the last of the great Golden Age detectives. As inventive as Agatha Christie, as hilarious as P.G. Wodehouse, this is the perfect entry point to discover the delightful detective stories of Edmund Crispin - crime fiction at its quirkiest and best. A pretty but spiteful young actress with a talent for destroying men?s lives is found dead in a college… Read more
Item Price:
£3.95
£14.95 shipping to USA