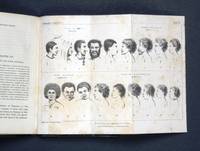 The Native Races of the Indian Archipelago

The Native Races of the Indian Archipelago

The fine full-page handcoloured lithographs, produced in London, were based on drawings done on the spot by the Dutch artists Van Oort and Van Raalten.

This is the first edition, separate issue (another version had the series-title "Ethnographical Library" which here only appears as an imprint on the plates). This copy is from the library of Archibald Liversidge, Professor of Mineralogy at the University of Sydney, and author of a number of important Australian works on the subject.

Hordern House, founded by Anne McCormick and Derek McDonnell in 1985 and named for our original building in Sydney's Potts Point, is an internationally renowned dealership, specialising in rare books, manuscripts and paintings.Nowadays we conduct our business in the heart of Surry Hills, five minutes from the centre of Sydney. We occupy an entire floor of a converted warehouse where we have created a customised environment for our work and the display of rare books, manuscripts & paintings.Always reflected in our extensive stock of rare and select material is our specialization in voyages and travels (with a special interest in the Pacific & Australia), natural history and colour-plate material, paintings and voyage art, historical maps and manuscripts.

octavo
Another of the terms referring to page or book size, octavo refers to a standard printer's sheet folded four times, producing...[more]
fine
A book in fine condition exhibits no flaws. A fine condition book closely approaches As New condition, but may lack the...[more]
morocco
Morocco is a style of leather book binding that is usually made with goatskin, as it is durable and easy to dye. (see also...[more]
First Edition
In book collecting, the first edition is the earliest published form of a book. A book may have more than one first edition in...[more]
New
A new book is a book previously not circulated to a buyer. Although a new book is typically free of any faults or defects,...[more]