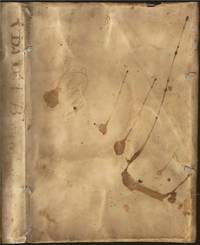 Juan Díaz de Arce born in Mexico towards the end of the 16th century, he graduated as a bachelor from the Royal and Pontifical University, on October 23, 1603 he entered the College of Santa María de Todos Santos, where he obtained the chair of theology, which he taught for 30 years. Among other positions, he was an archdeacon, in charge of administering a diocese or part of it, under the orders of the bishop, he was appointed vicar general; He was also appointed as the schoolmaster, which means that he was in charge of teaching the ecclesiastical scenes, as well as archbishop of Santo Domingo, but whether or not he took office is unknown. the pope appointed him delegate of the Augustinian cause over the alternative, he died on June 1, 1653.

Bernardino Alvarez (1514–1584) promoted the formation of a congregation to take care of the ill, founding the hospital in 1569. This congregation was given all the privileges of which the Brothers Hospitallers of St. John of God enjoyed. The Brothers remained as a congregation until 1700, when the petition of Hipolitos and Pope Innocence XII gave them the possibility of making chastity votes, poorness, obedience and hospitality under the rule of San Agustín. The San Hipólito Brothers' order was important for New Spain because seven hospitals were under their charge, six of which were founded by money obtained from alms. One of those was San Hipólito hospital, also founded by Bernardino Ávarez. He was a priest born on Rosales León, Spain. He studied humanities and Latin on a preceptorship located on Vegarienza, León. He did his training prior making his vows before being a member of the religious institute on El Escorial Monastery, where he finalized his novitiate in September 22, 1531. He worked in Rome, in the Real Monastery, in the Ucles Monastery and in Santiago Monastery. He became a priest in 1538. He went back to Spain, where he worked as a teacher in El Escorial Monastery. Bernardino Álvarez was imprisoned on August 6, 1547. When he was released, he went to Mexico after the fall of Tenochtitlan. When he arrived, he started the religious order of the Hipólitos. He founded San Hipolito Hospital and "Santa Cruz" hospital in Oaxtepec, Morelos, Mexico. This hospital was also dedicated for patients with mental diseases. During the next years, he opened other hospitals, one in Puebla that was named "San Roque" which was for female psychiatric patients, another one in Jalapa, Veracruz called "La Concepción", and one in Acapulco, Guerrero. Álvarez decided the foundation of five hospitals in Mexico was not enough so he traveled to Mesoamerica and founded more hospitals than he expected all the way from La Habana, Cuba to Mexico. The information about his death is nonexistent but it is known that today there is a tribute to the priest on the Hospital de Jesús.

Luis García Pimentel (1835-1930) He was the son of and the also bibliographer and historian Joaquín García Icazbalceta. He continued the compilation that his father started and carried out photolithographic essays on the work Bibliography of the 16th century.

Seller rating:
This seller has earned a 4 of 5 Stars rating from Biblio customers.
Biblio.co.uk member since 2005
Fort Worth, Texas
Ask Seller a Question

vellum
Vellum is a sheet of specialty prepared skin of lamb, calf, or goat kid used for binding a book or for printing and writing. ... [more]
First Edition
In book collecting, the first edition is the earliest published form of a book. A book may have more than one first edition in... [more]
spine
The outer portion of a book which covers the actual binding. The spine usually faces outward when a book is placed on a shelf.... [more]
leaves
Very generally, "leaves" refers to the pages of a book, as in the common phrase, "loose-leaf pages." A leaf is a single sheet... [more]
plate
Full page illustration or photograph. Plates are printed separately from the text of the book, and bound in at production. I.e.,... [more]
New
A new book is a book previously not circulated to a buyer. Although a new book is typically free of any faults or defects,... [more]
title page
A page at the front of a book which may contain the title of the book, any subtitles, the authors, contributors, editors, the... [more]
octavo
Another of the terms referring to page or book size, octavo refers to a standard printer's sheet folded four times, producing... [more]
verso
The page bound on the left side of a book, opposite to the recto page.