While publishers are required to submit 24 copies of any eligible book for the NBCC committee members to read and consider for nomination, the NBCC is among one of the few literary award organizations that allows its committee members to consider and nominate books not presented by publishers. There are six nominating categories, and the board elects 30 titles to form the shortlist of candidates, with five books in each respective category.

The original categories for the NBCC include Fiction, General Nonfiction, Criticism, and Poetry, but the categories of Autobiography and Biography were added in 1983. The first winner for the National Book Critics Circle Award for Fiction was E.L. Doctorow for Ragtime.

Other past winners include John Updike for Rabbit is Rice, Louise Erdich for Love Medicine, and Gina Berriault for Women in Their Beds. 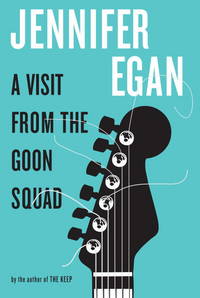 Visit From the Goon Squad By Jennifer Egan

Jennifer Egan is the author of The Keep, Look at Me, The Invisible Circus, and the story collection Emerald City. Her stories have been published in The New Yorker, Harper’s Magazine, GQ, Zoetrope, All-Story, and Ploughshares, and he... read more 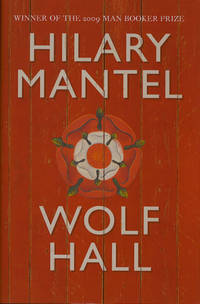 Hilary Mantel was born in Glossop, Derbyshire, England in July of 1952. Her novel, Wolf Hall was the winner of the Man Booker prize in 2009. Mantel is a former social worker and film critic who has written short stories, the memoir "Giving up the G... read more 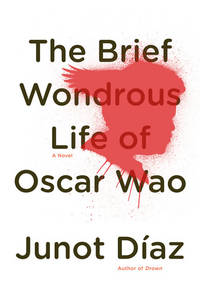 The Brief Wondrous Life Of Oscar Wao By Junot Diaz

The Brief Wondrous Life of Oscar Wao (2007) is a best-selling novel written by Dominican author Junot Díaz. Although a work of fiction, the novel is set in New Jersey where Díaz was raised and deals explicitly with his ancestral homeland's expe... read more

The Inheritance Of Loss By Kiran Desai

Kiran Desai is an Indian author born in 1971. She is a citizen of India and a permanent resident of the United States . This charming, heartwarming novel, The Inheritance of Loss won the Booker Man prize in 2006. The story is set in the remote p... read more 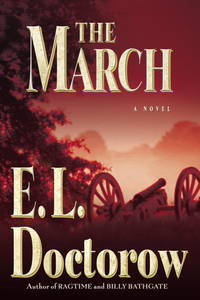 The March By E L Doctorow

In 1864, after Union general William Tecumseh Sherman burned Atlanta, he marched his sixty thousand troops east through Georgia to the sea, and then up into the Carolinas. The army fought off Confederate forces and lived off the land, pillaging the S... read more 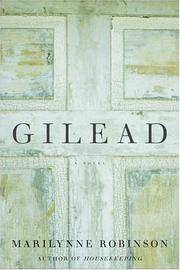 In 1956, toward the end of Reverend John Ames’s life, he begins a letter to his young son, an account of himself and his forebears. Ames is the son of an Iowan preacher and the grandson of a minister who, as a young man in Maine, saw a vision of Ch... read more 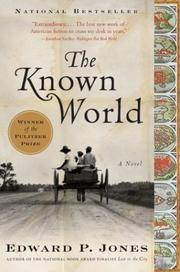 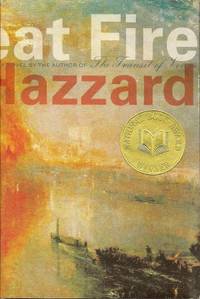 The Great Fire By Shirley Hazzard 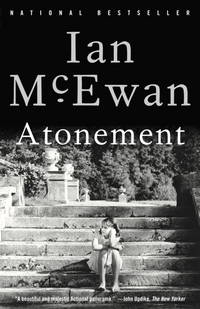 The novel opens on a sweltering summer day in 1935 at the Tallis family's mansion in the Surrey countryside. Thirteen-year-old Briony has written a play in honor of the visit of her adored older brother Leon; other guests include her three young cou... read more

W. G. Sebald taught at the University of East Anglia in Norwich, England, for thirty years, becoming Professor of European Literature in 1987, and from 1989 to 1994 was the first Director of the British Centre for Literary Translation. His three prev... read more 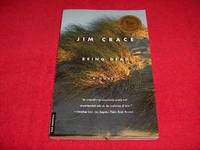 Being Dead By Jim Crace

Being Dead is a novel by the English writer Jim Crace, published in 1999. Its principal characters are married zoologists Joseph and Celice and their daughter Syl. The story tells of how Joseph and Celice, on a day trip to the dunes where they met as... read more 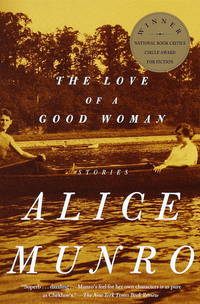 The Love Of a Good Woman By Alice Munro

In eight new stories, a master of the form extends and magnifies her great themes--the vagaries of love, the passion that leads down unexpected paths, the chaos hovering just under the surface of things, and the strange, often comical desires of the ... read more 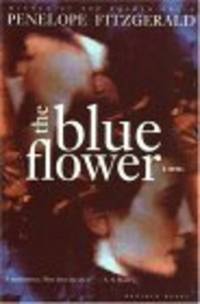 The Blue Flower By Penelope Fitzgerald

In eighteenth-century Germany, the impetuous student of philosophy who will later gain fame as the Romantic poet Novalis seeks his father's permission to wed his true philosophy -- a plain, simple child named Sophie. The attachment shocks his family... read more 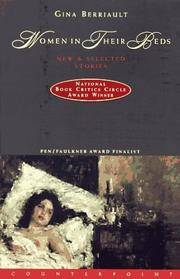 Women In Their Beds By Gina Berriault 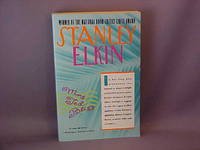 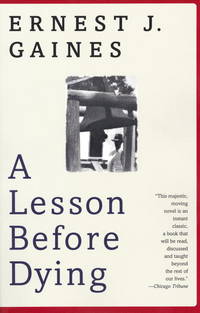 A Lesson Before Dying By Ernest J Gaines

A Lesson Before Dying was published in 1993 by author Ernest J. Gaines. This novel provides a glimpse into the Jim Crow South between WWII and leading up to the Civil Rights movement of the 1960's. Grant is the only formally-educated black man in... read more 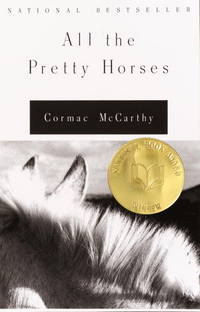 All the Pretty Horses By Cormac McCarthy

Cormac McCarthy is an American novelist and playwright. He has also written plays and screenplays. This novel, All The Pretty Horses , won the National Book Award in 1992. The story reads like a Western novel, but is set in 1949 and revolves around... read more 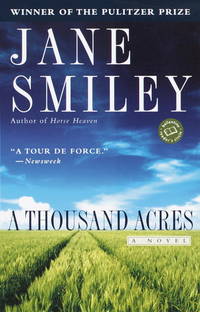 A Thousand Acres By Jane Smiley

A Thousand Acres is a 1991 novel by American author Jane Smiley. It won the 1992 Pulitzer Prize for Fiction and was adapted to a 1997 film of the same name. The novel is a contemporary deconstruction of Shakespeare's King Lear and is set on a tho... read more 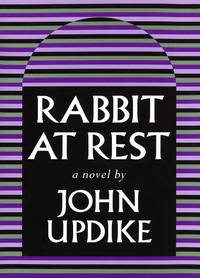 Rabbit At Rest By John Updike

Rabbit at Rest is a 1990 novel by John Updike. It is the fourth and final novel in a series beginning with Rabbit, Run, Rabbit Redux, and Rabbit is Rich. There is also a related 2001 novella, Rabbit Remembered. The novel won the Pulitzer Prize for Fi... read more

Billy Bathgate is a 1989 novel by author E. L. Doctorow that won the 1989 National Book Critics Circle award for fiction for 1990 and the PEN/Faulkner Award for Fiction, and was the runner up for the 1990 Pulitzer Prize . The story is told in the fir... read more 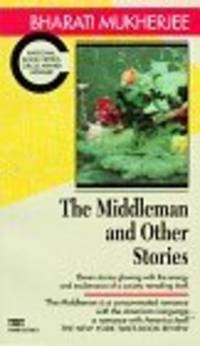 The Middleman" and Other Stories By Bharati Mukherjee 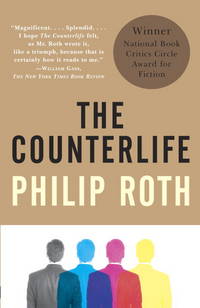 The Counterlife By Philip Roth

The Counterlife (1986) is a novel by the American author Philip Roth. It is the fourth full novel to feature the fictional novelist Nathan Zuckerman. However, when The Counterlife was published, Zuckerman had most recently appeared in a novella calle... read more 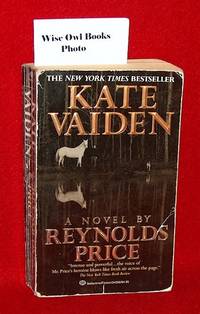 Kate Vaiden is a novel by Reynolds Price about a white woman from the American South who, after a teenage pregnancy, abandons her son shortly after giving birth to him and who does not get in touch with him for four decades. 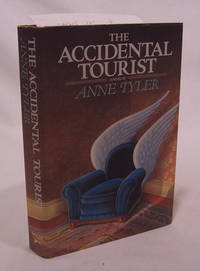 The Accidental Tourist By Anne Tyler

The Accidental Tourist is a 1985 novel by Anne Tyler that was a finalist for the Pulitzer Prize and won the National Book Critics Circle Award for Fiction. The novel was adapted into a 1988 award-winning film starring William Hurt, Kathleen Turner an... read more 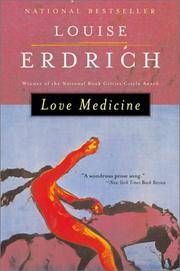 Love Medicine is Louise Erdrich’s first novel, published in 1984. Erdrich revised and expanded the novel for an edition issued in 1993, and this version is now considered the definitive edition. Erdrich explores sixty years of a small group of Chip... read more 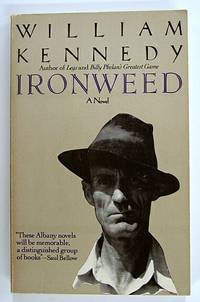 Ironweed is a 1983 novel by William Kennedy. It received the 1984 Pulitzer Prize for Fiction and is part of Kennedy's Albany Cycle. It placed at number ninety-two on the Modern Library list of the 100 Best Novels written in English in the 20th Ce... read more 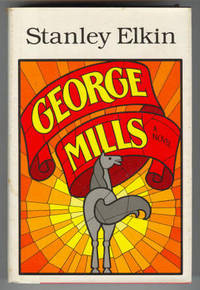 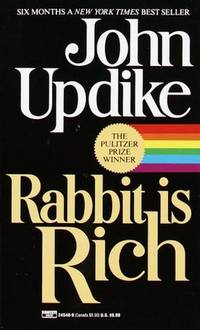 Rabbit Is Rich By John Updike

Rabbit Is Rich is a 1981 novel by John Updike. It is the third novel of the four-part series which begins with Rabbit, Run and Rabbit Redux, and concludes with Rabbit At Rest. There is also a related 2001 novella, Rabbit Remembered. Rabbit Is Rich wa... read more