Ragtime, E. L. Doctorow’s best-known novel, highlights the American melting pot and how the nation came to be what it is today. Set in the early 1900s, the story namely focuses on a wealthy family living in New Rochelle, New York, simply named Father, Mother, Mother's Younger Brother, Grandfather, and the boy. The boy, Father and Mother's young son, perhaps narrates the novel from a reminiscent adult perspective, but the omniscient narrator is never decidedly identified. The family’s turn-of-the-century journey of adaption addresses the tensions between reacting to the evolution of the era and executing revolution.

Yet Ragtime is far more than the family’s narrative. In a beautiful execution of historical fiction, the novel weaves together biographical subplots of prominent figures of the day, including J.P. Morgan, Harry Houdini, Henry Ford, Sigmund Freud, and Emma Goldman. The result: Ragtime focuses not on just the nameless or the famous, but how the two groups create history together.

Written when Vietnam was drawing to a close, Ragtime addresses issues that were affecting America at the time—from the abuse of power to racism to using sex to sell just about anything—but it also includes classic and enduring themes of morality, repression and injustice, change, and time.

Ragtime was nominated for the Nebula Award for Best Novel and won the National Book Critics Circle Award for fiction in 1975. It also won the American Academy and Institute of Arts and Letters Award the following year. The novel was adapted for a 1981 movie and a 1998 Tony award-winning Broadway musical. Ragtime is included in TIME’s “100 Best Novels” (since 1923) and ranked 86th on Modern Library’s “100 Best” English-language novels of the 20th century.

Random House first published Ragtime in New York in 1975. The 276-page first editions are bound in brown cloth. First edition dust jackets state the original price of 8.95. From the first printing, 150 copies were specially bound as rare Presentation Copies, which are numbered and signed by the author. Presentation Copies have sold for up to $400.

Description:
MacMillan, 1976 from the library of Greg Gatenby, signed on title page. *****Greg Gatenby was the founding Artistic Director of the world-renowned, annual International Festival of Authors and of the weekly Harbourfront Reading Series. Under the neary thirty years of his directorship, the program featured readings and talks by more than 4,000 authors¿including 19 Nobel laureates¿from more than 90 nations… Read more
Add to Wishlist
Item Price
£407.69 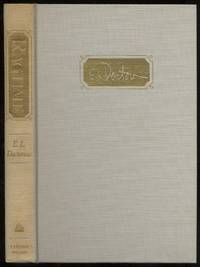 Description:
New York: Random House, 1975. Hardcover. Near Fine. First edition. Spine tanned else near fine in fine slipcase. One of only 150 numbered copies Signed by the author.
Add to Wishlist
Item Price
£294.21 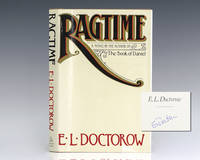 Description:
New York: Random House, 1975. The political novel of our age . . . the best work of its kind" (New Republic). Listed by The Modern Library as one of the 100 greatest novels of the twentieth century. TIME magazine included the novel in its TIME 100 Best English-Language Novels from 1923 to 2005. It was the basis for… Read more
Add to Wishlist
Item Price
£252.18 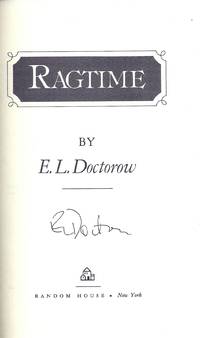 Description:
New York: Random House, (1975). First Edition. Hardcover. Fine in a Very Good glassine dustwrapper with a few closed tears. Winner of the National Book Critics Circle Award and basis for a motion picture and a play. The special edition prepared for presentation to the friends of the author and the publisher. Although not called for, this copy… Read more
Add to Wishlist
Item Price
£210.15 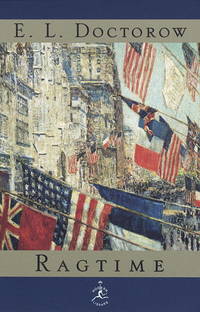 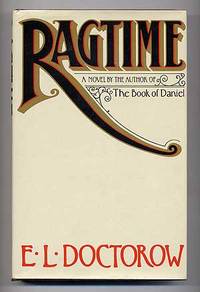 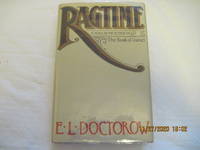 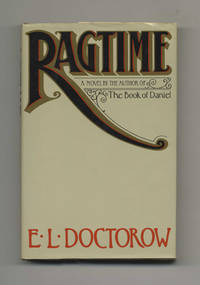 Description:
NY: Random House. (1975). His fourth book, a historical novel of America at the beginning of the twentieth century, peopled with such characters as Henry Ford, Emma Goldman, J.P. Morgan, Theodore Dreiser and others. Winner of the first National Book Critics Circle Award to be given and the basis for a highly successful film. Fine in a fine dust jacket.… Read more
Add to Wishlist
Item Price
£147.11 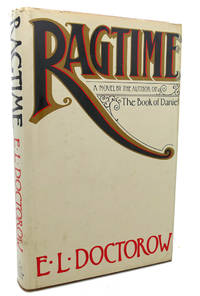 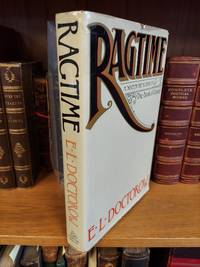 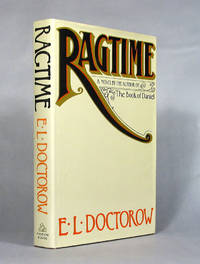 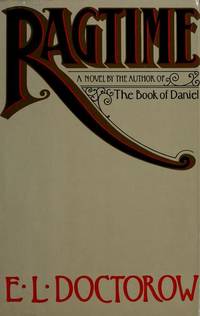 Description:
New York: Random House, 1975. 1st Edition 3rd Printing. Hardcover. Near Fine. First Edition/THIRD Printing. Hardcover. Near fine book in a near fine price clipped dust jacket. Signed by the author on the title page, and the author has added in his hand, below the Title "Almost titled Buffalo Nickel". Buffalo Nickel was the original… Read more
Add to Wishlist
Item Price
£105.08 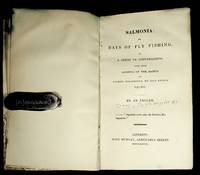 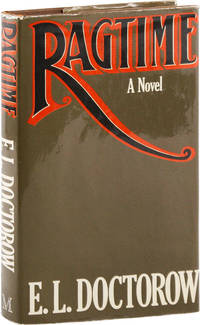 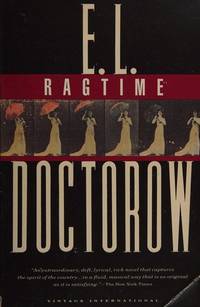 Description:
U.S.A.: Random House, 1975. 1st Edition 1st Printing. Hardcover. Fine/Near Fine. A near fine copy in a near fine dustjacket--this copy is signed by Doctorow on the half- title page without any inscriptions. A tight and clean copy in unread condition--except for a small gift inscription to the front paste down. The dustjacket is price clipped and has… Read more
Add to Wishlist
Item Price
£79.86 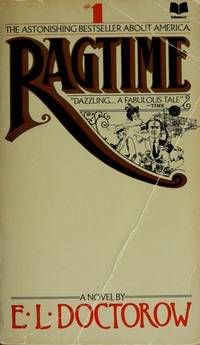 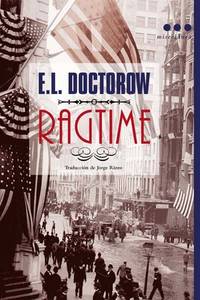 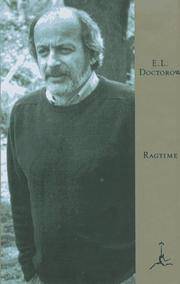 Description:
Westminster, Maryland, U.S.A.: Random House Inc, 1981. 1st Edition. Hardcover. Near Fine/Near Fine. Near fine in a near fine dust jacket. First Edition stated on the copyright page with the number line 2 4 6 8 9 7 5 3. SIGNED by the author on a bookplate and laid in. Original price of $8.95 printed on front flap… Read more
Add to Wishlist
Item Price
£63.05 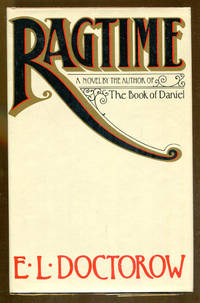 This copy of Ragtime offered for sale by mclinhavenbooks for $390.00

First Editions of Ragtime at a Glance