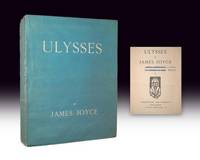 Sylvia Beach, an American expatriate, opened the original Shakespeare and Company, an English-language bookshop in the heart of Paris, in the 1920s. The bookshop and lending library became a hangout and lodge for Lost Generation writers such as Ernest Hemingway, F. Scott Fitzgerald, Ezra Pound, and Joyce — whose Ulysses was first published in its complete form by Beach because authorities in Britain and America deemed it obscene. Later editions were also published under the Shakespeare and Company imprint.

Beach closed Shakespeare and Company in 1940 during the German occupation of Paris. It has been suggested that it may have been ordered shut because Beach denied a German officer the last copy of Joyce's Finnegans Wake. Regardless, Beach never re-opened her bookstore.

However, a revival was soon to come. In 1951, George Whitman, an American ex-serviceman, opened a bookstore name Le Mistral. Whitman modeled his shop after Sylvia Beach's and, while dining together in 1958, Beach publicly announced that she was handing the name to him for his bookshop. In 1964, following Beach’s death, Whitman finally renamed his bookstore Shakespeare and Company.

From 1978-1981, a group of American and Canadian expatriates ran a literary journal called Paris Voices out of the second floor of Shakespeare and Company. The journal published young writers such as the Welsh poet, Tony Curtis, and the Irish playwright and novelist, Sebastian Barry.

Following Whitman’s death in 2011, his daughter, Sylvia Beach Whitman, named after Sylvia Beach, took over the store. Sylvia Whitman continues to run the store in the same manner as her father, allowing young writers to live and work there. Today, Shakespeare and Company serves both as a regular and second-hand bookstore as well as a reading library, specializing in English-language literature.