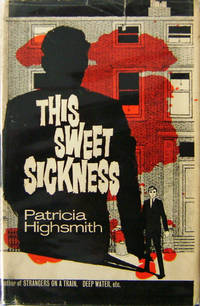 Poet Jonathan Williams, along with painter David Ruff, initially founded Jargon Society in a San Francisco Chinese restaurant in 1951. The first publication of the independent press (Jargon 1) was a folded pamphlet with a poem by Williams, titled Garbage Litters the Iron Face of the Sun’s Child, accompanied by an etching by Ruff. Only 150 copies were produced. The second publication (Jargon 2) was a poem by Joel Oppenheimer, called The Dancer, with a drawing by Robert Rauschenberg. Jargon 2 was the first publication of the press produced at Black Mountain College, where Williams then attended, just outside of Asheville, NC. (Also where Biblio is based -- ed.)

As Williams’ brainchild, Jargon Society provided a means for him to pursue the writers and artists he valued, often encouraging collaboration between them. In this, the press has published many influential works of the literary avant-garde, including The Maximus Poems by Charles Olson and The Neugents by David M. Spear. Jargon had the opportunity to publish Allen Ginsberg’s Howl, which became a Beat Generation classic, but turned it down. With humor and no regret, Williams stated years later that if Jargon had published Howl, it would have only sold 300 copies. In 1987, the press tapped into the market of sui generis books of folk art with the publication of Ernest Matthew Mickler’s White Trash Cooking, which received unprecedented praise from a diverse fan base - from the governor of North Carolina to cookbook authors to the New York Times Book Review - and soon became a national best seller.

In its sundry fashion, Jargon Society not only publishes, but also sponsors programs in literature and the arts. The organization has been known to provide support for poets, photographers, and the like who are deserving but unrecognized.