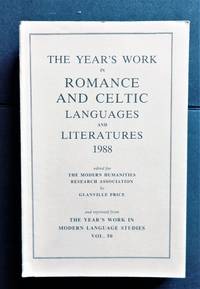 Description:
The Year's Work in Romance and Celtic Languages and Literatures 1988 edited for The Modern Humanities Research Association by Glanville Price and reprinted from The Year's Work in Modern Language Studies Vol. 50
Item Price
US$40.00
US$30.00 shipping to USA 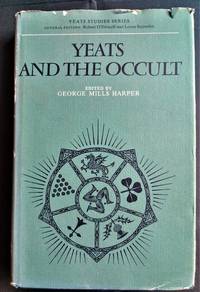 Description:
In Yeats and The Occult Professor Harper and thirteen contributors demonstrate that Yeats's life and creative art would have been different, and most certainly poorer, without the occult experiences recorded and described in his voluminous unpublished notebooks and essays. Yeats himself suggested that he might not have been a poet at all if he had not made magic his "constant study". He considered himself "a voice of … a greater renaissance - the revolt of the soul against the intellect ", and he insisted that "the mystical life is the centre of all that I do and all that I think and all that I write."
Item Price
US$74.00
US$30.00 shipping to USA