Description:
Cambridge: Da Capo Press. Hardcover. 2002. 1st Edition. 8vo 236pp . Fine in Fine DJ. B&W Illustrations Remainder mark on bottom edges Xenophon (430? -355? B. C.), was a Greek soldier, historian, and writer. His most important contributions are books about the Greek philosopher Socrates and about Greek history. He was born in Athens of a noble family and studied under Socrates but was more interested in military subjects than in philosophy. In 401 B. C, Xenophon and other Greek adventurers fought in the Battle of Cunaxa in Persia. The Greeks formed part of an army led by the Persian prince Cyrus the Younger, who wanted to seize the throne of Persia from his brother Artaxerxes II. Cyrus was killed in the battle, and all the Greek commanders were killed soon afterward. Thus, the remaining Greeks-- about 10, 000--were stranded without a commander in a strange country. They chose Xenophon to lead their retreat. Xenophon described this 1, 500- mile (2, 400-kilometer) march in his book Anabasis .
Item Price:
£16.93
£4.94 shipping to USA 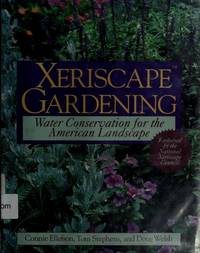