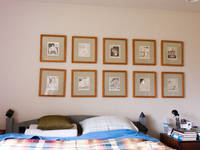 Description:
SEX SERIES, 1981
10 Original Graphite Drawings by Bobby Ross
The drawings of Bobby Ross are a mix of ideas that depict human nature in a realistic and humorous way. He addresses fundamental questions about science, religion and social issues with ordinary objects by creating densely packed images with surprising combinations.
Arguably one of Bobby Ross's most well-received series is his Sex Series. This series is being offered for sale for the first time since purchased by its original owner in 1981. These are the original graphite drawings framed by the artist. Each is meticulously drawn showing difficult-to-imagine details and measuring 6" ht. x 5" w. inside the matting and exterior frame size of 13" ht. x 12" w. A fabulous set of signed graphite drawings. Additional images available upon request. This set will require additional postage for FedEx and insurance.
Sold only as a set and not individually, the ten drawings included in this series are titled:
Sex in San Francisco
Sex in Indianapolis
Sex… Read more
Item Price
£11,179.50
£55.90 shipping to GBR 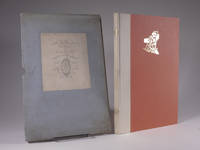 Description:
London: Frederick Etchells & Hugh Macdonald, 1926. Limited Edition. Small folio -- 30.8cm, 81 pp. plus colophon. Quarter cream buckram with scarlet cloth covered boards with de-bossed bright gilt nautical device on front cover, bright gilt spine titling. All edges uncut. Title-page, full-page map, 4 head and tail-pieces (two hand-coloured). 17 full-page engravings of ships and barges; printed recto only, and all but one coloured by hand ā all by Edward Wadsworth. Copper plates destroyed after 450 copies printed.
An elegant and most impressive publication featuring a series of copper plates engraved in the line manner by Edward Wadsworth and coloured by hand. Introduction and brief descriptions by Bernard Windler. Number 187 of 450 copies set in Koch Kursiv type and printed at the Curwen Press (recto pages only) on Zanders hand-made paper. There is such a harmonious elegance between the typeface (Koch Kursiv) and the engravings that one must agree with Peter Tucker when he says "It was one of the… Read more
Item Price
£931.63
£55.90 shipping to GBR

Description:
New York: Dutton. 1954. First Edition, First Printing, stated. 8vo ā 21.8cm. [xv], 314pp. Publisher's salmon-colored cloth with black Tibetan image on front cover and lettered in black on the spine. A Fine copy in its original dust jacket in very good condition. Illustrated with 40 pages of photographs.
A well-preserved and lovely copy of the classic study of the Tibetan religious leader, His Holiness the Dalai Lama, and the basis of the film starring Brad Pitt. Translated by Richard Graves. Signed by the author H. Harrer both in English and also in Tibetan script on the Half Title page. An autobiographical account of Austrian adventurer Heinrich Harrer the renowned mountain climber and skier and his escape from a British internment camp in India. In 1943, Heinrich Harrer, escaped captivity and made his way through the Himalayan passes to the Forbidden City of Lhasa in Tibet.
Item Price
£596.24
£55.90 shipping to GBR 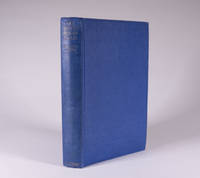 Description:
London: Duckworth, 1929. First Edition. 8vo ā 21.7cm. 220pp with frontispiece and 31 black-and-white photographic plates, errata slip and map mounted at page 31. In original blue cloth with gilt titling on spine. A very clean copy with crisp pages, no foxing, folds or tears, prior ownership name on ffe. A very good copy of a scarce and important book detailing Shackleton's Ross Sea Party struggle for survival and completion of their mission. Rosove 188.A1.a.
A diary-based narrative of the depot laying journeys of the Ross Sea Party on Shackleton's Trans-Antarctic (Endurance) Expedition. Joyce was awarded the Albert Medal for his bravery during the expedition and, in total, visited the Antarctic for four expeditions. The South Polar Trail is the principal firsthand account of the Ross Sea shore party of Shackleton's 1914-17 expedition. This book is also a very good read.
Joyce was forthright, courageous, and tenacious of purpose; he was not given to fanfare, but rather discharged his duties capably… Read more
Item Price
£484.45
£55.90 shipping to GBR