Description:
(Viborg, Denmark): (Viborg School of Business), (2005). First Edition. Hardcover. Near fine. Oblong 8vo. Quarter green cloth over light-green boards. About near fine, with light touches of dampsoil to rear board, and moderate corner dent to pages throughout. Overall clean, sharp. 132pp. Text in Danish, with translated preface in English. A collection of nature photographs of Viborg, Denmark taken by Larsen, with an essay by Overgaard; published on the occasion of the 125th anniversary of the Viborg School of Business. OCLC locates four copies: three in Denmark, one in Sweden.
Item Price
US$40.00
US$3.99 shipping to USA 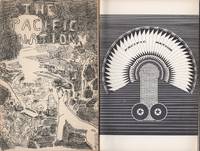 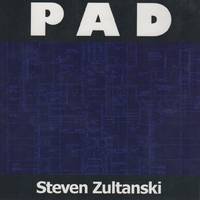 Description:
Los Angeles: Make Now, 2010. First Edition. Wraps. Very good. Square 16mo. Glossy printed wraps. Very good. Trace rubbing to wraps. 2.5" tears to edge of three pages. Bright and clean throughout. 165pp. PAD is "a catalog of my attempt to lift each and every item in my apartment with my dick," writes the conceptualist poet Zultanski.
Item Price
US$15.00
US$3.99 shipping to USA 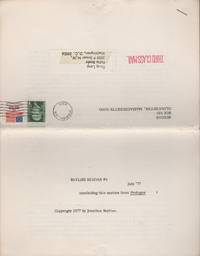 Description:
Gloucester, MA: Bezoar, [1977]. First Edition. Wraps. Good +. 4to. Six leaves stapled at top left corner. Very good plus. Folded for mailing with moderate toning and rubbing; else clean and bright. Issue of the periodical BEZOAR, featuring texts by Eigner and Buck. Bezoar was issued between 1975 and 1981 by a number of editors including Fred Buck, Thorpe Feidt and Paul Kahn in a number of different formats and iterations. This issue was mailed to DC poet Doug Lang. [Clay and Phillips, 265].
Item Price
US$20.00
US$3.99 shipping to USA 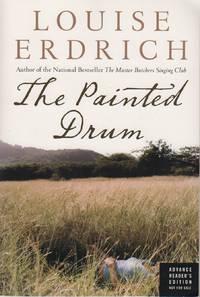 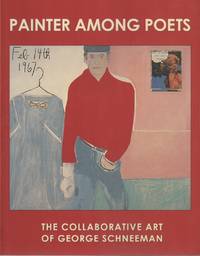 Description:
New York: Granary Books, 2004. First Edition. Wraps. Fine. 4to. Perfect-bound wraps. A fine copy, SIGNED by Schneeman at half title, with a large abstract drawing. Clean and sharp. 127pp. A monograph on the New York School painter, with a lovely original illustration.
Item Price
US$100.00
US$3.99 shipping to USA 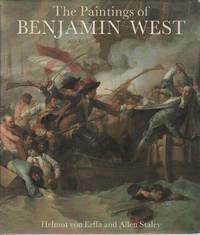 Description:
[ca. 1960]. Hardcover. Very good. Small 4to. Green leather commercial album containing 18 gray leaves, with 19 gelatin-silver prints glued onto rectos and versos (ranging from 2.5" by 2.5" to 7" by 5" approx.) with typewritten text glued throughout. Very good plus overall with only mild tinting to several photos. One torn at edge but mostly intact. Else clean throughout. Strikingly well-executed homemade children's book, illustrated with original photographs of children dressing up and acting out the tale. The story was conceived by two 11-year-old twin brothers, who recruited their younger siblings to participate. The book begins with the birth of Princess Gloria and the nefarious plans of her half-brother, Rudolph, to ransack the throne and steal the royal rubies (with the help of his co-conspirator Butch). After poisoning the King and Queen, Rudolph prepares to kill Gloria, but her loyal nurse Shelly overhears him talking with Butch. Shelly takes Gloria and the rubies and… Read more
Item Price
US$850.00
US$3.99 shipping to USA

Description:
New York: Caedmon, 1952. First Edition. LP. Near fine. 33 & 1/3 RPM 2 LP album, no. TC 2007. Vinyl near fine, in intact protective plastic sleeves. Album cover very good: mildly sunned and scuffed, with tape reinforcement to edges. Two-record set, part of the series KATHERINE ANNE PORTER: Selections From Her Writings Read By The Author. Complete and unabridged reading by Porter of her short novel, recorded in New York on December 8 and 15, 1952. Liner notes by Glenway Wescott, reproduced from the 1937 Harcourt, Brace and Company edition, with a photo of Porter by George Platt Lynes and advertisements for other installments in Caedmon's series of literary recordings.
Item Price
US$75.00
US$3.99 shipping to USA 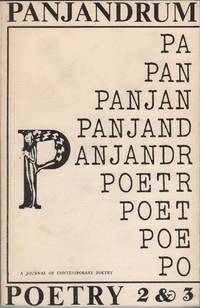 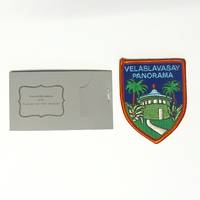 Description:
Los Angeles: The Velaslavasay Panorama, [ca. 2004]. First Edition. Wraps. Fine. 2" x 3.75" approx. match-book style wraps with accordion-folded panorama in twelve panels stapled in. Accompanied by embroidered patch, 3" x 3.5" approx. Fine condition. Souvenir book and patch from a 360 degree painted panorama depicting Southern Salifornia, housed in an empty Hollywood building from 2001-2004. Painted by Sara Velas, the panorama imagines what the Los Angeles area would have looked like in the 1850s and pays homage to the form, which has lost popularity since its height in the 19th century.
Item Price
US$25.00
US$3.99 shipping to USA 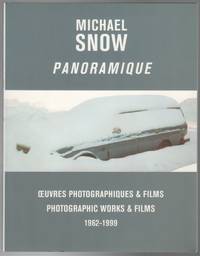 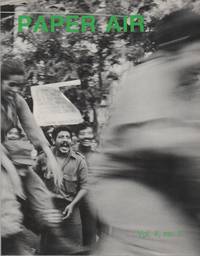 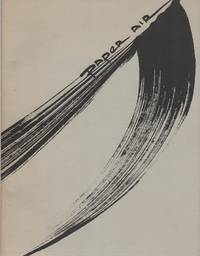 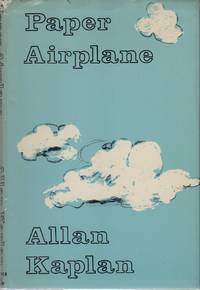 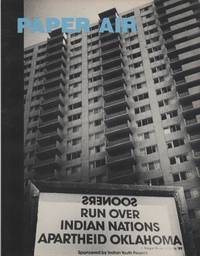 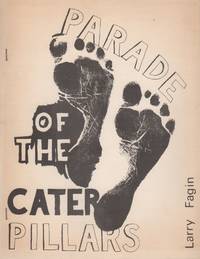 Description:
(New York): Angel Hair Books, (1968). First Edition. Wraps. Near fine. 4to. Side-stapled pictorial wraps. Mimeo printed recto only. Near fine. SIGNED by Fagin and George Schneeman (who designed the cover) to last page. One of fifteen copies signed by the poet and artist (out of 300 total; 9 being hors commerce and numbered A through I, fifteen signed and numbered 1 through 15, and 276 in trade edition). Mild toning to front cover. Else remarkably clean, bright. Unpaginated. A relatively early title from Angel Hair, a cornerstone of Lower East Side poetry. Published the same year Fagin started his Adventures in Poetry imprint, this book is also a prime example of Schneeman's visual-art contributions to the New York School. [Clay/Phillips 180, 194].
Item Price
US$275.00
US$3.99 shipping to USA