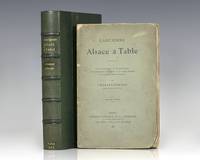 Description:
Paris: Berger-Levrault et Cie, 1877. Scarce second edition of Charles Gerard's authoritative work on the culinary traditions of the former region of Alsace. Octavo, original wrappers as issued, advertisements to the rear panel. In very good condition. Housed in a custom velvet-lined half morocco clamshell box. Gerard's L'Ancienne Alsace a Table is a foremost example of the late nineteenth century French approach to writing about gastronomy. Gastronomy has historically been a primary factor in defining French regional and national identity, and at the turn of the 20th century, accounts of regional recipes, products, manners and customs penned by local dignitaries became a competitive practice. L'Ancienne Alsace a Table includes a study of the archaeology, cuisine, traditions, and 'art of the table' of the former region of Alscace.
Item Price:
£781.38
FREE shipping to USA 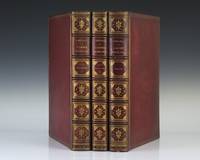 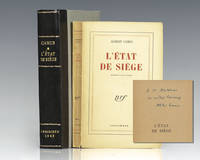 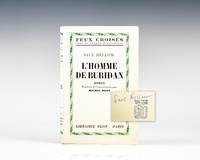 Description:
Paris: Libraire Plon, 1954. First French edition of the author's first book. Octavo, original wrappers. Signed by Saul Bellow on the title page. In near fine condition. Saul Bellow is the only author to have received three National Book Awards, for The Adventures of Augie March, Herzog, and Mr. Sammler’s Planet, in addition to both the Pulitzer and Nobel prizes. The Sunday Times praised these achievements when it revered "Bellow’s oeuvre [as] both timeless and ruthlessly contemporary.
Item Price:
£411.25
FREE shipping to USA 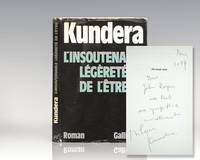 Description:
Paris: Gallimard, 1984. First French edition of Kundera's magnum opus, which preceded the English translation. Octavo, original wrappers. Inscribed and dated by Milan Kundera on the half-title page. Near fine in a near fine dust jacket. When "The Unbearable Lightness of Being" was first published in English, it was hailed as "a work of the boldest mastery, originality, and richness" by critic Elizabeth Hardwick and named one of the best books of 1984 by the New York Times Book Review. It went on to win the Los Angeles Times Book Prize for Fiction and quickly became an international bestseller. It was adapted to film in 1988, directed by Philip Kaufman, starring Daniel Day-Lewis and Juliette Binoche.
Item Price:
£2,056.25
FREE shipping to USA 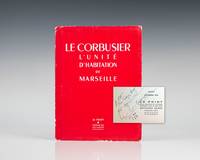 Description:
Souillac: Le Point, 1950. The Unité d'Habitation (Housing Unit) is the name of a modernist residential housing design principle developed by Le Corbusier. The concept formed the basis of several housing developments designed by him throughout Europe with this name.The first and certainly most famous of these buildings is located in Marseille, France, and was built in the late 1940’s. The Unité in Marseille is pending designation as a World Heritage site by UNESCO and was designated a historic monument by the French Ministry of Culture.
Item Price:
£4,523.75
FREE shipping to USA 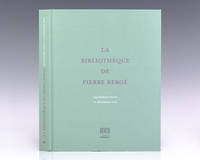 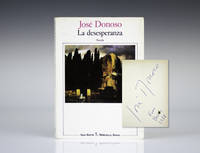 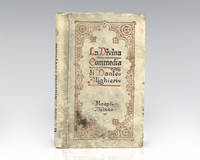 Description:
Milano: Ulrico Hoepli, [1911]. Finley bound Italian printing of Dante's masterpiece. 14mo, bound in full gilt-decorated vellum with titles to the spine and front panel in black and red. In very good condition. Ownership inscription. Widely considered the most important work of Italian literature and one of the greatest works of world literature, Dante's Divine Comedy takes as its literal subject the state of the soul after death and presents an image of divine justice meted out as due punishment or reward. The work was originally simply titled Comedia (so also in the first printed edition, published in 1472), Tuscan for "Comedy", and was later adjusted to the modern Italian Commedia. The adjective Divina was added by Giovanni Boccaccio, in reference to the work's subject matter and lofty style, and the first edition to name the poem Divina Comedia was that of Venetian humanist Lodovico Dolce, published in 1555 by Gabriele Giolito de' Ferrari.
Item Price:
£801.94
FREE shipping to USA 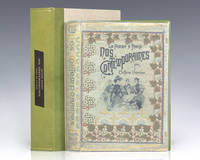 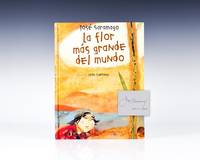 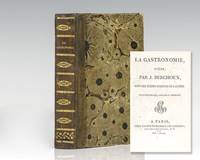 Description:
Paris: Chez Giguet et Michaud, 1805. Finely bound example of Berchoux's epic gastronomical poem. 12mo, bound in one quarter morocco over marbled boards with gilt titles and tooling to the spine, marbled endpapers, all edges marbled. Engraved frontispiece and other engravings throughout. In near fine condition. Tasteful bookplate to the front free endpaper. A charming example. Gastronomy has historically been a primary factor in defining French regional and national identity, and at the turn of the 20th century, accounts of regional recipes, products, manners and customs penned by local dignitaries became a competitive practice. Berchoux's La Gastronomie is a masterful and elaborate work of prose, offering a clear and detailed insight into the customs of the early 19th century Parisian table.
Item Price:
£82.25
FREE shipping to USA 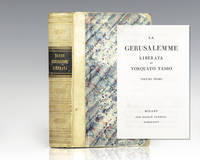 Description:
Milano: Nicolo Bettoni, 1824. Finely bound example of Torquato Tasso's epic poem La Gerusalemme Liberata, or Jerusalem Delivered. Octavo, two volumes bound into one in three quarters vellum over marbled boards with gilt titles and tooling to the spine. In very good condition. First published in 1581, Torquato Tasso's Jerusalem Delivered tells a largely mythified version of the First Crusade in which Christian knights, led by Godfrey of Bouillon, battle Muslims in order to take Jerusalem. The poem is composed of 1,917 stanzas in ottava rima (15,336 hendecasyllabic lines), grouped into twenty cantos of varying length. The poem was hugely successful, and sections or moments from the story were used in works in other media all over Europe, especially in the period before the French Revolution and the Romantic movement, which provided alternative stories combining love, violence, and an exotic setting.
Item Price:
£287.88
FREE shipping to USA 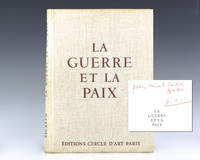 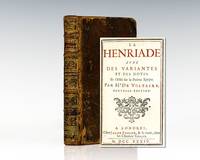 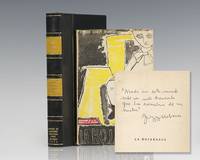 Description:
Bogota: Ediciones- S.L.B., 1955. First edition of the Nobel Prize-winning author's first book. Octavo, original illustrated wrappers by artist Cecilia Porras. In near fine condition with only a few closed tears. Signed by the translator Gregory Rabassa on the half-title page, with the opening sentence transcribed, "Nada en este mundo debe ser mas tremendo que los escombros de un hombre. Gregory Rabassa." Rabassa was the translator of La Hojaraca into English and Cien Anos de Soledad. Laid in is the original Bogota bookseller's bookmark. Garcia Marquez has been quoted as saying that prior to the publication of One Hundred Years of Solitude none of his books had sold more than 700 copies. Despite the poor sales and even after the success of Cien Anos de Soledad, Garcia Marquez described La Hojarasca as the favorite of his own works because of its spontaneity and honesty. Housed in a custom half morocco clamshell box. This present example was purchased upon publication and well-cared for. This is by far… Read more
Item Price:
£12,337.50
FREE shipping to USA 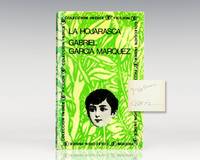 Description:
Buenos Aires: Editorial Suamerica, 1970. La Hojarosca was first published in Bogota, Columbia in 1955, later translated into English and published in 1972, as The Leaf Storm. Widely celebrated as the first appearance of Macondo, the fictitious village later celebrated in One Hundred Years of Solitude, La Hojarosca was a testing ground for many of the themes and characters later immortalized in One Hundred Years of Solitude. "Garcia Marquez has extraordinary strength and firmness of imagination and writes with the calmness of a man who knows exactly what wonders he can perform" (Alfred Kazin, New York Times Book Review).
Item Price:
£1,645.00
FREE shipping to USA 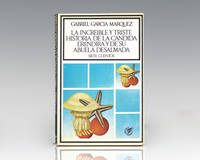 Description:
Mexico: Editorial Hermes, 1972. First edition of this work by the Nobel Prize-winning author. Octavo, original wrappers as issued. Near fine in a near fine dust jacket. A novella and short stories, representing work by the acclaimed Columbian author from the period when he explored the world of Macondo, reveal his imaginative and technical exuberance and mastery.
Item Price:
£82.25
FREE shipping to USA 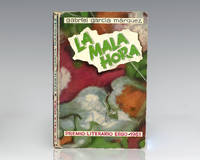 Description:
Madrid: Propiedad Literaria Reservada, 1962. First edition of this work written just before One Hundred Years of Solitude. Octavo, original illustrated wrappers. In very good condition with some light rubbing and wear. An openly political novel posing the people of the land against the forces of oppression...it has the virtues of wit and compassion and reveals the foundation upon which the later novels were constructed" (Jonathan Yardley). "More than a prelude...the dazzling sense of place, the colorful idiosyncrasy of character are present for us to marvel over once again" (The New Republic).
Item Price:
£987.00
FREE shipping to USA 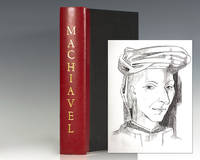 Description:
Soixante-Dix_Sept Bibliophiles. Soixante-Dix-Sept signed limited edition of Machiavelli's classic comedy, The Mandrake. Folio, loose leaves as issued, illustrated with 12 original lithographs by Claude Durrens, additional suite of lithographs in rear. One of only 77 copies signed by the artist on the colophon. In very good condition. housed in the original one quarter morocco and chemise slip case. Although The Mandrake was first published in 1524 and first performed in the carnival season of 1526, Machiavelli likely wrote the five-act comedy in 1518 as a distraction from his bitterness at having been excluded from the diplomatic and political life of Florence following the 1512 reversion to Medici rule. Both contemporary and modern scholars read the play as an overt critique of the House of Medici; however, Machiavelli set the action in 1504 during the period of the Florentine Republic in order to express his frustrations without fear of censure from patrons already ill-disposed towards him and his writing.
Item Price:
£534.63
FREE shipping to USA