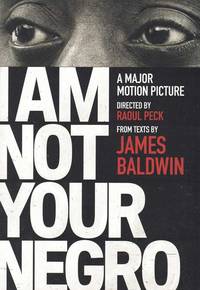 Description:
United States of America: Vintage International, 2017. Later printing. Paperback. New. 118pp. Octavo [20.5 cm] Illustrated wraps. In his final years, Baldwin envisioned a book about his three assassinated friends, Medgar Evers, Malcolm X, and Martin Luther King. His deeply personal notes for the project had never been published before acclaimed filmmaker Raoul Peck mined Baldwin's oeuvre to compose his stunning documentary film I Am Not Your Negro. Peck weaves these texts together, brilliantly imagining the book that Baldwin never wrote with selected published and unpublished passages, essays, letters, notes, and interviews that are every bit as incisive and pertinent now as they have ever been. Peck's film uses them to jump through time, juxtaposing Baldwin's private words with his public statements, in a blazing examination of the tragic history of race in America. This edition contains more than 40 black-and-white images from the film.
Item Price:
£11.53
£3.84 shipping to USA 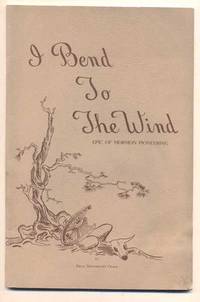 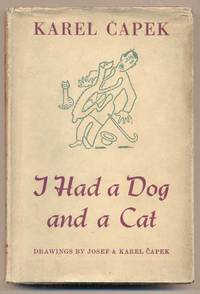 Description:
London: George Allen & Unwin Ltd, 1940. First UK edition. Hardcover. Josef & Karel Capek. 160pp. Duodecimo [19 cm] Green cloth over boards with a black ink stamped title on the spine. Very good. Ex-library, with only a perforated library stamp on the last page of the text. Heavy sunning to the spine, and on the surrounding area of the rear board. There are also thin strips of fading along the edges of the boards. The boards are a bit concave, and the spine is slightly rolled. The price-clipped dust jacket is in very good condition, with darkening at the jacket's spine, light rubbing to the surface, and sporadic small chips along the edges and folds. Pictures drawn by the brothers, Josef and Karel Capek. Karel Capek is well known for his early science fiction, particularly The War of the Newts, and for first introducing the word "robot" in his play, R.U.R. From the dust jacket- "These lovely pages will be a delight to those who have ever lived with dogs and cats and even to those who from time to time… Read more
Item Price:
£23.06
£3.84 shipping to USA 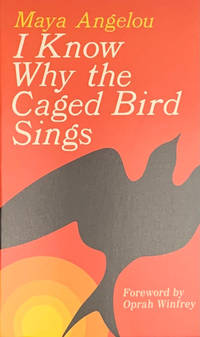 Description:
New York: Ballantine Books, 2015. Later printing. Paperback. New. 289pp. Duodecimo [17.5cm]. Illustrated wraps. "Maya Angelou's debut memoir is a modern American classic beloved worldwide. Sent by their mother to live with their devout, self-sufficient grandmother in a small Southern town, Maya and her brother, Bailey, endure the ache of abandonment and the prejudice of the local "powhitetrash." At eight years old and back at her mother's side in St. Louis, Maya is attacked by a man many times her ageâ€”and has to live with the consequences for a lifetime. Years later, in San Francisco, Maya learns that love for herself, the kindness of others, her own strong spirit, and the ideas of great authors ('I met and fell in love with William Shakespeare') will allow her to be free instead of imprisoned.
Item Price:
£6.14
£3.84 shipping to USA 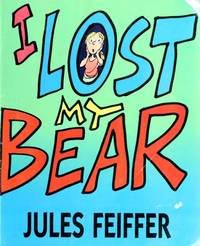 Description:
New York: Scholastic Inc, 1999. First Scholastic Printing. Paperback. SIGNED. Thin quarto [28 cm] Illustrated wraps. Very good. There is a gift inscription on the inside of the front cover. Jules Feiffer is an American syndicated cartoon strip artist. He won a Pulitzer Prize for his editorial cartooning in The Village Voice.
Item Price:
£7.69
£3.84 shipping to USA

Description:
Caldwell, ID: The Caxton Printers, Ltd, 1934. First edition. Hardcover. Octavo [20 cm] Gray cloth covered boards with gilt stamped titles, and a blue ink stamped design on the front cover. Very good. The edges of the covers are gently bumped and rubbed. The free endsheets are heavily darkened. There is a contemporary gift inscription on the front free endsheet. The dust jacket is in fair condition, with fading and small losses from the edges. The front panel is detached. Price-clipped. Contains 68 sonnets.
Item Price:
£15.38
£3.84 shipping to USA 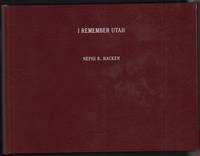 Description:
New York: Funk & Wagnalls, 1971. First American edition. Hardcover. SIGNED. Oblong quarto [28 cm x 36.5 cm] Green and ivory white cloth covered boards. Very good. The covers are slightly concave. There are several small light stains on the covers. The edges of the spine and covers are gently rubbed. There is a 5 inch long thin mark on the rear cover. There is a small soiled scuff mark on the bottom edge of the text block. The free endsheets are discolored. There is a small light stain on the top edge of the last page. The dust jacket is in very good condition. Subtly rubbed. The edges are bumped, and have several light moisture stains, that are primarily visible on the internal non-visible side. The largest moisture stain measures 6 inches wide by 2 and 1/2 inches tall. The color coating on the dust jacket is peeling away at the edges. There are several small closed tears in the edges. The longest closed tear measures just under 1/2 inch long. Price-clipped. Signed by Eric Sloane on the front free… Read more
Item Price:
£57.66
£3.84 shipping to USA 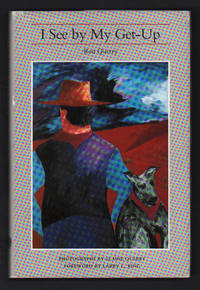 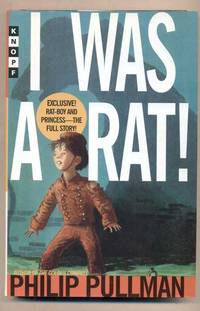 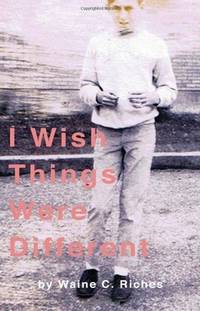 Description:
1941. First edition. Paperback. 93pp. Duodecimo [17 cm] Stapled tan and black printed textured wraps. Very good. There are several very insignificant stains on the wraps, and there is a gift inscription on the title page. The last page has been tucked in. "Here is a little volume of gems that have come straight from the heart. They have all the breath and sweetness of home and husband and mother and children, of friends and neighbors, and are full of real inspiration. They come from the healthy roots of that American form of country life which has almost passed out of existence." - C. N. Lund.
Item Price:
£38.44
£3.84 shipping to USA 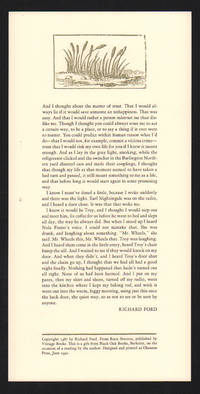 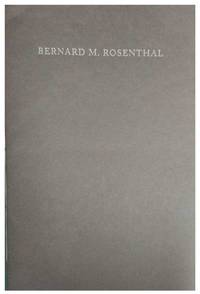 Description:
London: Herbert Jenkins, 1961. First edition. Hardcover. 223pp. Small octavo [19 cm] Red paper covered boards with a black ink stamped title on the spine. Very good. The edges of the spine and covers are very lightly bumped and rubbed. The edges of the text block are foxed, and the pages have occasional foxing- more so in the margins. There is a former owner's bookplate on the front pastedown. The dust jacket is in very good condition, with mild foxing on the visible side, and heavy foxing on the non-visible side. Also lightly rubbed and creased. There are 5 closed tears in the edges. The longest closed tear measures 1 and 1/2 inches long. "7/6 net" price on jacket. Despite the above flaws, the jacket is still quite attractive. Jasen 83A. Wodehouse debuted in the literary world first as a free-lance writer, contributing humorous stories to Punch and the London Globe, where he had a column called By the Way. Most of Wodehouse's stories were first serialized at the Saturday Evening Post.
Item Price:
£57.66
£3.84 shipping to USA