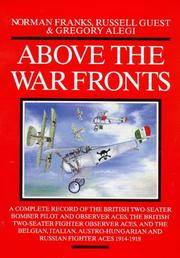 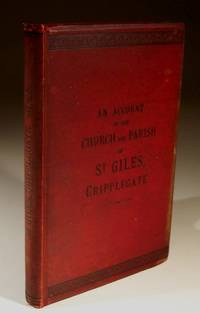 Description:
London: J.J.Baddeley, 1888. Compiled from various old authorities including the churchwardens' accounts, and the Vestry Minute Books of the Parish. 220pp printed in two colours and illustrated with wood engravings and facsimiles from the records. Covers are a little dull otherwise very good throughout.. Cloth, Hardcover. Very Good. 255x165mm.
Item Price
US$130.45
US$23.62 shipping to USA 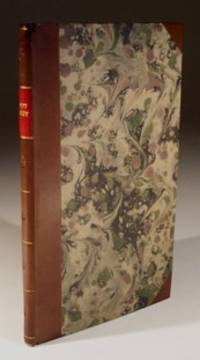 Description:
Leeds: Leeds Philosophical and Literary Society, 1828. An Account of an Egyptian Mummy presented to the Museum of the Leeds Philosophical and Literary Society by the late John Blades Esq. Drawn up at the request of the Council by William Osburn, junior FRSL, Secretary to the Society with an Appendix containing the chemical and anatomical details of the examination of the body, by Messrs. E.S.George FLS, Secretary to the Society; T.P.Teale and R.Hey. "The Mummy, which is the subject of the present Memoir, was sent to London from Trieste, and had probably been transmitted thither from Egpt, by J.Passalacqua, a native of that place, and a most successful spoliator of the tombs of the ancient Egyptians* (So much so, that he was called by the Arabs, Consul Generale des Antiquities)" iv, 51pp+1, five plates, two of which are folding. Recently rebound in three quarter calf with marbled boards. Scarce.. Three Quarter Calf. Very Good. 260x160mm.
Item Price
US$1,366.33
US$23.62 shipping to USA

Description:
London: Hodder & Stoughton, 1943. One of Haycox's most stirring tales of the West in the 1870s. The days of hard riding, hair trigger frontier justice, strong friendships and even stronger hatreds. 218pp. Dustjacket worn and chipped, now in a protective sleeve.. Second Impression. Cloth, Hardcover. Good Plus/Fair. 190x135mm.
Item Price
US$13.73
US$23.62 shipping to USA 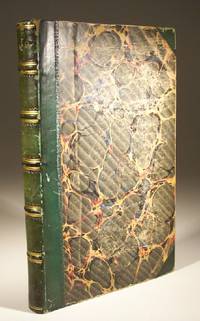 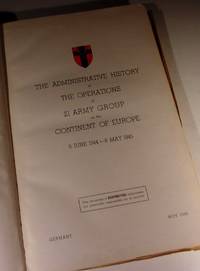 Description:
Germany: BAOR, 1945. A comprehensive and detailed history of the progress of 21 Army Group published for limited circulation in November 1945. 151pp. plus illustrated appendices A-U. The front end paper carries an interesting inscription which reads "To Sgt. Jones whose beautiful work in the appendices has contributed so much to this history, With my grateful thanks Hamilton Wilding 16 Dec '45. PS. The Field Marshal has sent a copy to His Majesty the King. The front cover has a stain to the top and foredge corner. Internally it is clean throughout.. Inscribed By Author.. Cloth, Hardcover. Good Plus. Illus. by Sgt. Jones. 325x210mm.
Item Price
US$226.58
US$23.62 shipping to USA 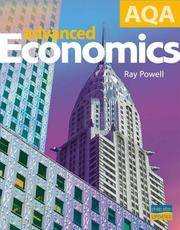 Description:
Deddington, Oxfordshire: Phillip Allan Updates, 2005. Specifically to meet the needs of AS and A2 students following the AQA specification. 515pp illustrated in colour. Crease to front cover otherwise as new.. Soft Cover. Very Good. 245x190mm.
Item Price
US$27.46
US$23.62 shipping to USA 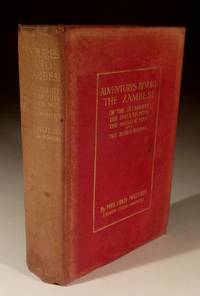 Description:
London: Eveleigh Nash, 1913. "I married, and as life unrolled itself I saw clearly that the earth and its laws, including those matrimonial, were, in truth, run by men for men. No woman had apparently been consulted about anything, no matter how closely it affected her life! The laws were, some of them, monuments of injustice to women, and most women took it all 'lying down' - I never did," It's a pity this book is a bit beaton up because it is really interesting. 391pp with black and white plates.. Cloth, Hardcover. Fair. 230x150mm. Ex-Library.
Item Price
US$27.46
US$23.62 shipping to USA 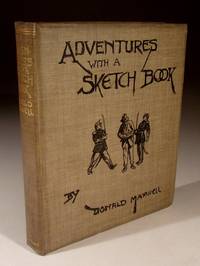 Description:
London: John Lane the Bodley Head, 1914. xxiv, 214pp. gilt top edge with over 200 notes in line and colour reproduced in facsimile from the original skeches. Follow his perambulations throughout Europe just prior to the First World War. This is a feast for Maxwell lovers, the sketches are full of verve and great technique. Light foxing to the end papers fore and aft otherwise exceptionally clean throughout.. First Edition. Cloth, Hardcover. Very Good. Illus. by Donald Maxwell. 220x180mm.
Item Price
US$123.59
US$23.62 shipping to USA 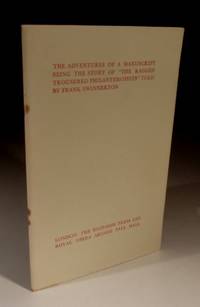 Description:
London: Richards Press, 1956. A 28pp pamphlet telling the interesting story of how The Ragged Trousered Philanthropists came to be published or more precisely how it nearly didn't. The staples rusted otherwise very good.. Limited to 1500. Twin Staples. Good. 220x145mm.
Item Price
US$13.73
US$23.62 shipping to USA

Description:
London: Edward Stanford, 1877. Translated from the French by John S.Keltie. Not a complete history of balooning, but a collection of some of the more notable incidents that have marked the progress of the science and practice of aeronautics. For this English edition some French material has been replaced with information bearing mainly on the history of balooning in England. 304pp plus publishers lists. Well illustrated with wood engravings. Gilt decorated cloth prize binding with prize plate to front paste down.. Cloth. Good Plus. 185x130mm.
Item Price
US$89.26
US$23.62 shipping to USA 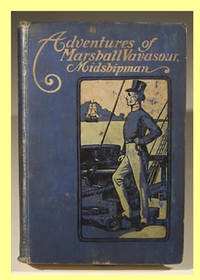