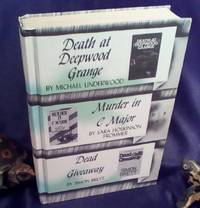 Description:
The Detective Book Club produced volumes of three crime novels from 1942 to 1999. Originally monthly, near the end they dwindled down to just a few per year. Many famous detective and crime novelists had their early works featured in DBC editions. Often, books were published in DBC editions before, or at the same time as they were published in mass market form. About the Authors:Michael Underwood: This is the eighth book in his Rose Epten series.

Michael Underwood was the pen name of British writer John Michael Evelyn, who passed away in 1992. He penned 48 novels, of which eight were stand-alone novels and the rest featured one of five recurring investigators. The largest series featured Rose Epton as the sleuth (16). Sara Hoskinson Frommer:
American writer of seven novels in the Joan Spencer series This is the first novel featuring Joan Spencer.. Simon Brett: This is the eleventh book in the Charles Paris series. 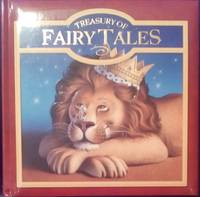 Description:
A collection of 15 classic fairy tales, Padded cover, with one small tear (1 cm) near the spine. Color illustrations throughout. Gold edges to the pages, mostly unblemished. A nice, attractive copy. This book will ship at over three pounds. Rather than ask for a shipping adjustment at the time of purchase, I have opted to add a shipping surcharge tot he list price. This way, you know what you are paying from the get go.
Item Price
US$9.49
US$3.49 shipping to USA