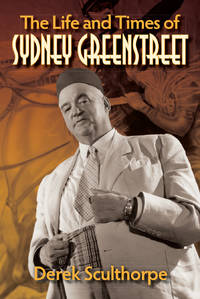 Description:
At the age of 61, Sydney Greenstreet made one of the most memorable debuts in classic cinema as the mysterious Kaspar Gutman in The Maltese Falcon (1941). His performance earned him a Best Supporting Actor Nomination. Born in England, Greenstreet had enjoyed a forty-year stage career which encompassed everything from Shakespeare to musical comedy and some of the most acclaimed plays of the 1930s. His film career lasted a mere eight years but included the timeless Casablanca (1942) and saw him teamed to great effect with the inimitable Peter Lorre. This is the first book dedicated to Greenstreet and includes over a hundred photographs, many of which are previously unseen.