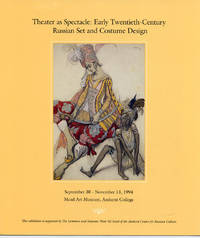 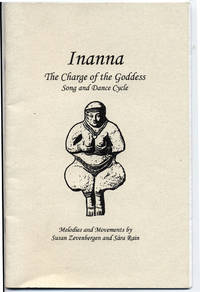 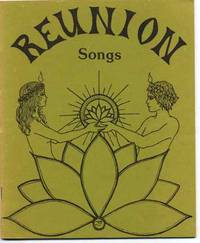 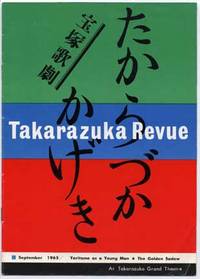 Description:
Takarazuka Revue Sept. 1965 Program. Softcover; 16 pg. Performance venue Takarazuka Grand Theatre, Japan. Includes cast and synopsis of Yoritomo as a Young Man and The Golden Shadow, guide to the town of Takarazuka, and photo illustrations of stars Noboru Uchinoe, Yuri Hinatsu, Sakura Kamo, and more. Women play all roles in Broadway-style productions. The Takarazuka Revue Company is a division of the Hankyu Railway. Program is lightly creased from handling. Text is clean and unmarked.
Item Price
US$24.00
US$4.00 shipping to USA 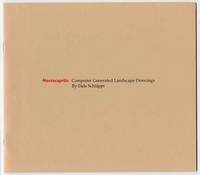 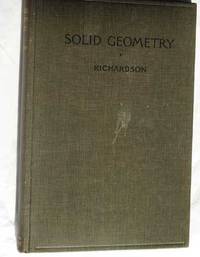 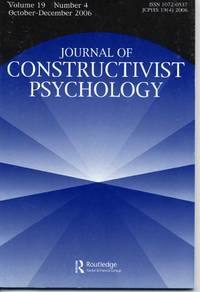 Description:
Journal of Constructivist Psychology Vol. 19, No. 4, Oct-Dec 2006. ISSN 10720537. Includes essays on Problematic Internal Voices  by Osatuke and Stiles, Adolescent rug Abuse in Chinese Families, by T. Sim; and Affective Balance in the Construal of Activities, by C.J. Lee, and more Softcover; p. 287 to 359. Slight cover wear. Text is clean and unmarked.
Item Price
US$37.00
US$4.00 shipping to USA 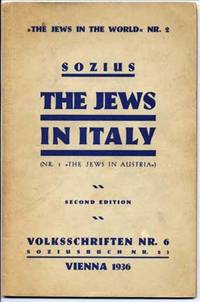 Description:
Second Edition. Vienna: Volksschriften, 1936. Number 2 in the series "The Jews in the World." Soziusbuch Nr. 23; Volksschriften Nr. 6. Softcover; pages stapled into soft cover binding. Cover very worn, back panel soiled. Paper is yellowed from age-toning and is brittle around stapled spine; pages are breaking away from binding. Short prosemitic essays include: The Jews in Italy, The Jews in the Ancient Rome, Jewish Senators in Italy before the War, The Jews in the Italian Army, Jewish Professors and Lecturers, and more. Margin notes and underlining in pencil in a few places, not extensive.
Item Price
US$150.00
US$4.00 shipping to USA