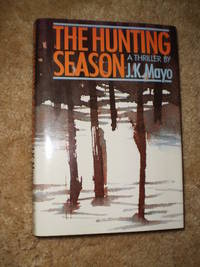 Description:
The overnight cross-Channel ferry. Playwright Anthony Moore is on the way back to London from France with the script of his new play. He witnesses a murder he cannot prove - and becomes from that moment a victim in somebody else's plot.Read once condition. Bound in black board.
Item Price
US$13.60
US$47.23 shipping to USA 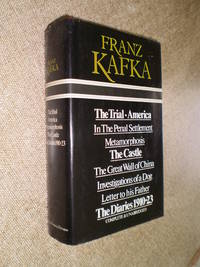 Description:
Contains: The Trial: America: The Castle: Metamorphosis: In The Penal Settlement: The Great Wall of China: Investigations of a Dog: Letter to His Father: The Diaries 1919-23.
NearFine/Very Good+. Read once condition. Some foxing to top of text block. Contains 925pp. Book sits solid and square, hinges and binding tight. With dustjacket. Bound in red board, gilt lettering to spine and front board, black endpapers with author name repeated in red.FREE SHIPPING (AU) with the purchase in one transaction of any two or more books from this Collection.
Item Price
US$29.20
US$47.23 shipping to USA 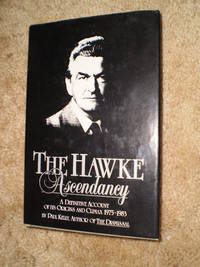 THE HAWKE ASCENDANCY is the story of how the Labour Party returned to power in 1983 after its crushing defeat in 1975. It is the inside story of three men - Bob Hawke, Malcolm Fraser and Bill Hayden - and their unique power struggle. The account covers the full eight years which began with Fraser's 1975 supremacy and closed with Hawke's 1983 triumph and first year in office.
Item Price
US$25.69
US$47.23 shipping to USA 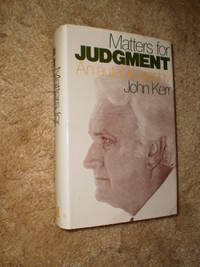 Description:
Sir John Kerr was Governor-General Australia at the time of Australia's greatest constitutional crisis since Federation. The dramatic autobiography traces the complete story of the events leading up to 11 November, 1975 when Sir John Kerr exercised controversial reserve powers of the Crown to dismiss the Prime Minister, Mr. Gough Whitlam, and his Ministry and commissioned the leader of the Opposition, Mr. Malcolm Fraser, to form a caretaker Government. This action plunged the nation into the furore of debate.
First published 1978 by the Macmillan Company of Australia. Near Fine/ Near Fine. Read once condition. Hardcover. Contains 468pp plus black and white photographs. Bound in black board, gilt lettering to spine, dark green endpapers.
Item Price
US$18.78
US$47.23 shipping to USA 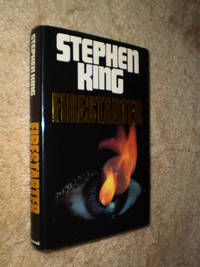 Description:
When two college students volunteered as guinea pigs testing a new drug, they had no idea how drastically it would change their lives. It was not until they married and had a daughter that the full generic horror of the experiment became known. For their beloved small girl, Charlie, is a 'firestarter'. In temper she can cause spontaneous combustion - of her cot, of her favourite teddy bear..of living matter. With love and care, her parents manage to keep her from danger. But it is only a matter of time before those who seek to profit from her powers close in. Near Fine/ Near Fine. Hardcover. Contains 428 printed pages of text. Read once condition. Clean and crisp. No annotations or inscriptions. Slight foxing to top edge of text block. Some shelf wear to tail of spine. Dustjacket, small crease to rear panel, top edge of front flap, top edge of rear flap, browning to top edge of inner jacket. Bookseller's bookplate to front flap. Bound in black board, gilt lettering to spine, white endpapers.
Item Price
US$58.94
US$47.23 shipping to USA 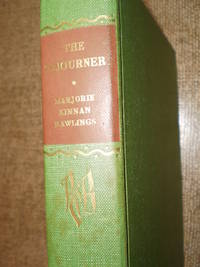 Description:
The eternal conflict between good and evil is told, as well as a man's search for his brother. Reactions of two brothers to quiet farm life of the Hudson Valley 1860 - 1939.Very good condition.Hardcover. Text clear and clean. Contains 336pp. Book sits solid and square, hinges and binding tight. NO DUSTJACKET. Edge of spine bumped. Bound in green board. Spine is faded. A VERY GOOD READING COPY.
Item Price
US$3.21
US$47.23 shipping to USA 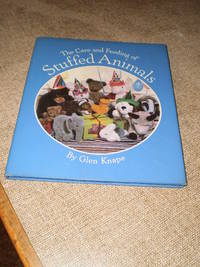 Description:
Information on the care and feeding of stuffed animals has been difficult to obtain. Until now an owner has had to depend on word of mouth and trial and error to ascertain the health, safety, and social requirements of a pet. These sources are notoriously unscientific, and much harm results. THE CARE AND FEEDING OF STUFFED ANIMALS fills a clear-cut need for an authorative, down-to-earth manual. dedicated to Stuffies Everywhere.First Edition. Contains 93 pages of text and illustrations. Read once condition. No inscriptions or marks. Slight shelf wear to bottom edge of board. Price to rear panel. Bound in blue board, dark blue lettering to spine and front board, white endpapers.
Item Price
US$39.48
US$47.23 shipping to USA 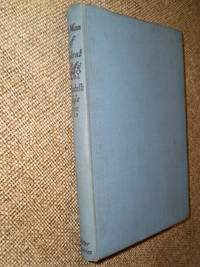 Description:
Not exactly a crime story, not exactly a thriller in the usual sense of the term, it is full of atmosphere and suspense.First Edition 1948. A good reading copy. No dustjacket. Bound in pale blue board. Owner's name to opening page. Foxing to edge of text block and throughout pages but text clear. Bookseller's label (Swain's) to inside front cover.
Item Price
US$11.30
US$47.23 shipping to USA