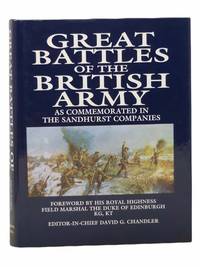 Description:
Chapel Hill: The University of North Carolina Press, 1991. First Edition. First Edition. Very Good/Very Good. First edition. Top edge foxed. 1991 Hard Cover. 288 pp. Color and black-and-white photographs, illustrations, and maps throughout text. Includes foreword by His Royal Highness Field Marshal The Duke of Edinburgh KG, KT. "This volume, spanning nearly three centuries of professional warfare, chronicles sixteen battles, from Blenheim in 1704 and Waterloo in 1815 to Burma in 1945. David Chandler, the head of the War Studies Department at Sandhurst, has gathered a team of widely respected military historians to describe the major battles. Each battle is placed within its strategic context, with ample discussion of both cause and outcome. The battle accounts focus on the actions of the British forces and, when appropriate, of the Australian, Canadian, American, and the French allies who fought alongside them.
Item Price:
£7.71
£3.81 shipping to USA 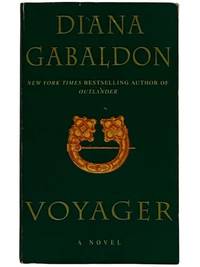 Description:
New York: Dell Book, 2002. Reprint. Mass Market Paperback. Good. Spine creased, a few pages slightly bumped, slightly toned. 2002 Mass Market Paperback. We have more books available by this author!. viii, 1059 pp. In this rich, vibrant tale, Diana Gabaldon continues the story of Claire Randall and Jamie Fraser that began with the now-classic novel Outlander and continued in Dragonfly in Amber. Sweeping us from the battlefields of eighteenth-century Scotland to the West Indies, Diana Gabaldon weaves magic once again in an exhilarating and utterly unforgettable novel. He was dead. However, his nose throbbed painfully, which he thought odd in the circumstances. Jamie Fraser is, alas, not dead
Item Price:
£3.85
£3.81 shipping to USA 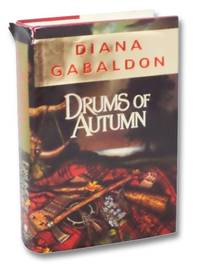 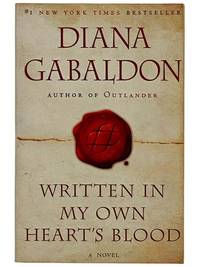 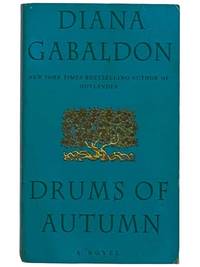 Description:
New York: Dell Book, 2002. Reprint. Mass Market Paperback. Good. Spine creased, rear cover stained. 2002 Mass Market Paperback. We have more books available by this author!. ix, 1070 pp. Diana Gabaldon's fans will be delighted to find Jamie and Claire as spirited and endearing as ever in this fourth installment of this magnificent saga. Romance, history, and time travel blend once again as the couple builds a new life together in the wilderness of pre-Revolutionary America. Twice Claire has used an ancient stone circle to travel back to the 18th century. The first time she found love with a Scottish warrior but had to return to the 1940s to save their unborn child. The second time, 20 years later, she reunited with her lost love but had to leave behind the daughter that he would never see. Now Brianna, from her 1960s vantage point, has found a disturbing obituary and will risk everything in an attempt to change history. Davina Porter's narrative talent adds a special vibrance and resonance… Read more
Item Price:
£3.08
£3.81 shipping to USA 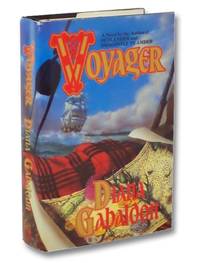 Description:
Delacorte Press, 1994. Book Club (BCE/BOMC). Hard Cover. Very Good/Very Good. Book club edition. Jacket edges lightly rubbed, light crease to corner of front jacket flap. 1994 Hard Cover. We have more books available by this author!. viii, 931 pp. 8vo. "From the author of the breathtaking bestsellers Outlander and Dragonfly in Amber, the extraordinary saga continues. Their passionate encounter happened long ago by whatever measurement Claire Randall took. Two decades before, she had traveled back in time and into the arms of a gallant eighteenth-century Scot named Jamie Fraser. Then she returned to her own century to bear his child, believing him dead in the tragic battle of Culloden. Yet his memory has never lessened its hold on her... and her body still cries out for him in her dreams. Then Claire discovers that Jamie survived. Torn between returning to him and staying with their daughter in her own era, Claire must choose her destiny. And as time and space come full circle, she must find the… Read more
Item Price:
£46.23
£3.81 shipping to USA 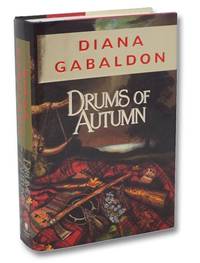 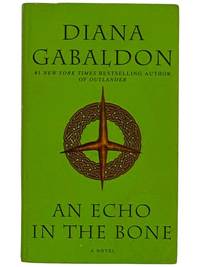 Description:
New York: Dell, 2014. 6th Printing. Mass Market Paperback. Very Good. Spine creased, bottom corner of front cover bumped. 2014 Mass Market Paperback. We have more books available by this author!. xvii, 1155 pp. Diana Gabaldon's immensely popular Outlander saga soars to new heights with this seventh novel, which takes listeners on a breathtaking journey to 1777 America. Jamie Fraser knows from his time-traveling wife Claire that, no matter how unlikely it seems, America will win the Revolutionary War. But that truth offers little solace, since Jamie realizes he might find himself pointing a weapon directly at his own son - a young officer in the British army. And Jamie isn't the only one with a tormented soul - for Claire may know who wins the conflict, but she certainly doesn't know whether or not her beloved Jamie survives. Epic in scope and featuring a colorful cast that includes many legendary figures - including hero-turned-traitor Benedict Arnold and bawdy statesman Benjamin… Read more
Item Price:
£3.85
£3.81 shipping to USA 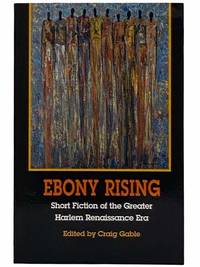 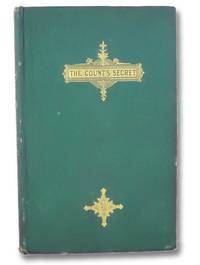 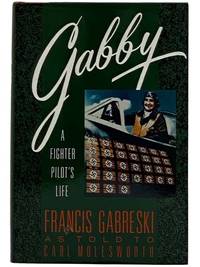 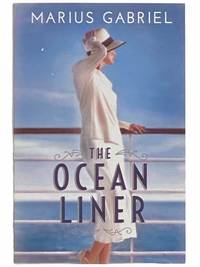 Description:
Lake Union, 2018. First Edition. Trade Paperback. Fine. First edition. A fine copy. 2018 Trade Paperback. 367 pp. "As war engulfs Europe, 1,500 passengers risk everything to find a brighter future. Cousins Masha and Rachel Morgenstern board the luxury liner the SS Manhattan bound for New York, desperate to escape the concentration camps that claimed the rest of their family. America offers a safe haven, but to reach it they must survive a hazardous Atlantic crossing. Among their fellow passengers fleeing the war, each with their own conflicts, secrets and surprises, are the composer Igor Stravinsky, making a new start after a decade of tragedy, and Rose Kennedy, determined to keep her four children from harm. Particularly worrying to Rose is her daughter Rosemary, a vivacious but troubled woman whose love for a Californian musician may derail her family's political ambitions. And then there's young Thomas, a Nazi with a secret
Item Price:
£5.39
£3.81 shipping to USA 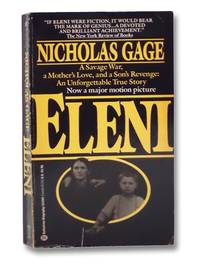 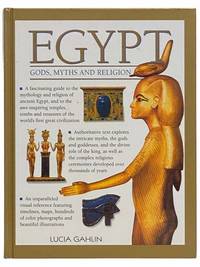 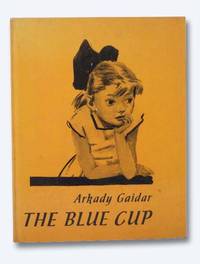 Description:
Progress Publishers, 1975. Large Hardcover. Very Good/No Jacket. Rear board faintly toned, sticker on rear board. 1975 Large Hardcover. 50 pp. English text. The protagonist and his six-year-old daughter Svetlan arrive at a dacha in playful moods, but their (respective) wife and mother Marusya has other ideas: she burdens them with petty tasks, then departs (apparently in a sulk) to accompany her old friend, a pilot, to the station. Next morning, before going uptown, she blames her husband and daughter for breaking her blue cup in a store-room. Taking this unjust accusation as a proverbial last straw, both leave the house and embark upon an eventful and chaotic day-long "adventure". It involves pacifying the two boys (one of whom accuses another of being 'a fascist' for using an insult word 'jidovka' with regards to a Jewish girl), walking straight into a military exercise site with a lot of shooting going on, losing their stock of gingerbread to a four-year old, but getting… Read more
Item Price:
£26.97
£3.81 shipping to USA 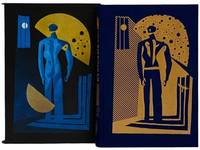 Description:
London: The Folio Society, 2017. Reissue. Hard Cover. Fine/No Jacket. McKean, Dave. Includes publisher's slipcase. 2017 Hard Cover. We have more books available by this author!. xv, [3], 537 pp. 8vo. Shadow is a man with a past. But now he wants nothing more than to live a quiet life with his wife and stay out of trouble. Until he learns that she's been killed in a terrible accident. Flying home for the funeral, as a violent storm rocks the plane, a strange man in the seat next to him introduces himself. The man calls himself Mr. Wednesday, and he knows more about Shadow than is possible. He warns Shadow that a far bigger storm is coming. And from that moment on, nothing will ever be the same...
Item Price:
£154.10
£3.81 shipping to USA 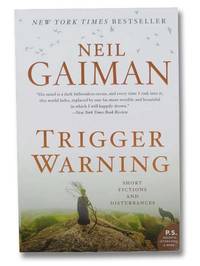 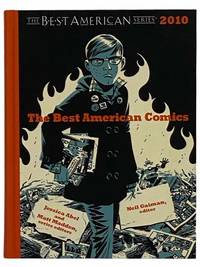 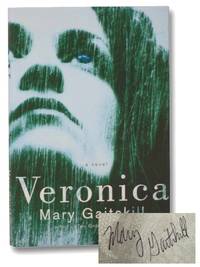 Description:
Pantheon Books, 2005. First Edition. Hard Cover. Near Fine/Near Fine. Signed by author. First edition. Signed by author without inscription. A very nice copy. 2005 Hard Cover. 227 pp. "The extraordinary new novel from the acclaimed author of Bad Behavior and Two Girls, Fat and Thin, Veronica is about flesh and spirit, vanity, mortality, and mortal affection. Set mostly in Paris and Manhattan in the desperately glittering 1980s, it has the timeless depth and moral power of a fairy tale. As a teenager on the streets of San Francisco, Alison is discovered by a photographer and swept into the world of fashion-modeling in Paris and Rome. When her career crashes and a love affair ends disastrously, she moves to New York City to build a new life. There she meets Veronica
Item Price:
£23.12
£3.81 shipping to USA 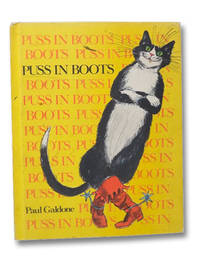