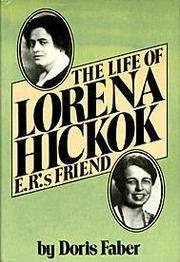 Description:
Wilkes-Barre, PA: Eberhard Faber, 1988. MONGOL 482 Number 2. Collectible Pencil. Near fine. Approximately 7.5 inches long, unused. High in Fiber! A collectable is any object regarded as being of interest to a collector (not necessarily monetarily valuable or antique). Another important field of collecting that is also big business is memorabilia, which includes collectables related to a person, organization, event or media, including T-shirts, posters, and numerous other collectables marketed to fans; but also includes ephemera from historical, media, or entertainment events, items that were meant to be thrown away but were saved by fans and accumulated by collectors. There are numerous types of collectables and terms to denote those types. An antique is a collectable that is old. A curio is a small, usually fascinating or unusual item sought after by collectors. The urge to collect unusual and fascinating objects is primeval and not limited to humans. The Renaissance Cabinet of Curiosities… Read more
Item Price
US$25.00
US$5.00 shipping to USA

Description:
Washington, DC: Government Printing Office, 1919. Presumed first edition/first printing. Hardcover. Good. No dust jacket. Ex-library. Front board of Volume I weakened, and reglued. Covers have some wear and soiled. Some library markings. Spine cloth wrinkled.. 3 volume set. Includes: illustrations, diagrams, index. 229, 288 and 230 pages. The author was the Dean of the Pyrotechnic Schools, Ordnance Department, United States Army. Marvie Dana provided a historical introduction. Volume II is subtitled: The Manufacture of Military Pyrotechnics: An Exposition on the Present Methods of Manufacture, the Materials and Machinery Used. Volume III is subtitled: A Study of the Chemicals Used in the Manufacture of Military Pyrotechnics. Form 2027.
Item Price
US$1,500.00
US$5.00 shipping to USA

Description:
New York: Alfred A. Knopf, 1926. Presumed first U. S. edition/first printing. Hardcover. Good in fair dust jacket. Highlighting/underlining. Signed by previous owner. DJ has some wear, soiling edge tears and chips. Notes inside back cover. Some marks to text and comments noted.. 367, [1] p. Includes index. Footnotes. This was originally published in France as La Victoire. Translated from Wikipedia: "Alfred Fabre-Luce, born in Paris May 16, 1899 and died in that city on 17 May 1983 was a French journalist and writer. In 1919, he was stationed in London as attache. A year later, he decided to return to Paris to begin a career in journalism. He began to publish articles in various newspapers and is dedicated to writing political and literary works. In 1924, his first attempt, Victory, is attacking the foreign policy of Raymond Poincaré whom he accuses of being partially responsible for the First World War. Three years later, after a trip to the Soviet Union, Russia published by Grasset,… Read more
Item Price
US$100.00
US$5.00 shipping to USA 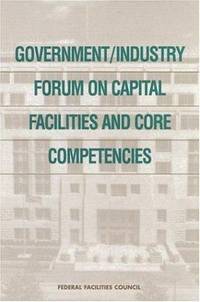 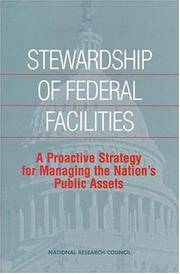 Description:
Washington, DC: National Academy Press, 1998. Wraps. Very good. No dust jacket as issued.. x, 113 p. Illustrations. References. Bibliography. The federal government has invested more than $300 billion in 500, 000 buildings and other facilities worldwide to support the provision of government services. Evidence is mounting that the physical condition, functionality, and quality of federal facilities are deteriorating. Stewardship of Federal Facilities identifies factors and processes contributing to this deterioration and recommends a framework of methods, practices, and strategies to foster accountability for the stewardship of federal facilities and to allocate resources for their maintenance and repair.
Item Price
US$75.00
US$5.00 shipping to USA

Description:
Natick, MA: Navy Clothing and Textile Research Facility. Presumed First Edition, First printing. Brochure. Good. Single sheet, approximately 8 inches by 8.5 inches, folded in half, resulting in four panels. Illustrations. Map. Item has some wear and soiling. NCTRF's focus is to test fabrics for fire and heat resistance, water immersion and buoyancy, heat and cold stress, ballistic protection, and uniform design and development. With an experienced staff as well as unique testing equipment and facilities, NCTRF can quickly move a concept from the drawing board to the production line. A team of textile technologists, clothing designers, physiologists and other scientific experts are all involved in conducting research, design, development, improvement and user assessment studies of protective garments and equipment. Depending upon needs, commercial off-the-shelf products are evaluated or unique military products are developed for use in the Navy shipboard environment. . NCTRF's technical… Read more
Item Price
US$17.50
US$5.00 shipping to USA 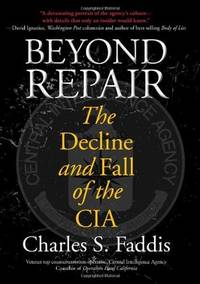 Description:
Guilford, CH: Lyons Press [An Imprint of Globe Pequot Press]. Hardcover. Very good/Very good. [8], 183, [1] pages. Endnotes. Glossary. Index. About the Author. Inscribed by the author to an Ambassador[Huntsman?] on FEP side facing the title page. Charles S. Feddis is a retired CIA officer and author. He spent twenty years undercover in the Near East, South Asia and Southern Europe. He took the first CIA team into Iraq in advance of the 2003 invasion. He retired as head of CIA's WMD terrorism unit. He is the author of six books, three works of non-fiction and three novels. In Beyond Repair, one of the Central Intelligence Agency's most respected former operatives mounts a scathing critique of the preparedness of today's CIA-and, spe­cifically, the Directorate of Operations at its core-to defend America against the dizzying dangers of the twenty-first century. In a compelling blend of analysis and fascinating true-life stories, Charles S. Faddis argues that the CIA has… Read more
Item Price
US$50.00
US$5.00 shipping to USA 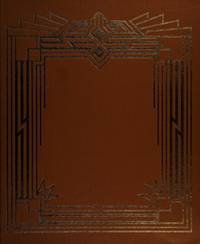 Description:
McLean, VA: Langley Hill Friends Meeting, 1985. Trade paperback. Good. No dust jacket as issued. Cover has some wear and soiling.. 213 p. Includes illustrations. List of Contributors. Notes. This includes a biographical essay by Fager on Scull. The author, Charles Eugene Fager (born 1942), known as Chuck Fager, is an American activist, an author, an editor, a publisher and an outspoken and prominent member of the Religious Society of Friends. He is known for his work in both the 1960s Civil Rights Movement and in the Peace movement. His written works include religious and political essays, humor, adult fiction, and juvenile fiction, and he is best known for Selma 1965: The March That Changed the South, his in-depth history of the 1965 Selma Voting Rights Movement. Since 2002 Fager has served as Director of Quaker House in Fayetteville, North Carolina, a peace project next door to Fort Bragg, a major US Army base.
Item Price
US$45.00
US$5.00 shipping to USA 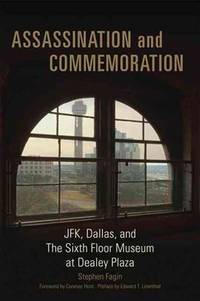 Description:
Norman: University of Oklahoma Press, 2013. Advance Reader's Edition [uncorrected page proofs]. Trade paperback. Good.. xxix, [1], 238 p. Illustrations. Notes. Bibliography. Index. Stephen Fagin begins "Assassination and Commemoration" by retracing the events that culminated in Lee Harvey Oswald's shots at the presidential motorcade. He vividly describes the volatile political climate of midcentury Dallas as well as the shame that haunted the city for decades after the assassination. The book highlights the decades-long work of people determined to create a museum that commemorates a president and recalls the drama and heartbreak of November 22, 1963. Fagin narrates the painstaking day-to-day work of cultivating the support of influential citizens and convincing boards and committees of the importance of preservation and interpretation. Author Stephen Fagin is the associate curator at The Sixth Floor Museum. Conover Hunt, who wrote the Foreword, is one of the Museum s two key… Read more
Item Price
US$25.00
US$5.00 shipping to USA