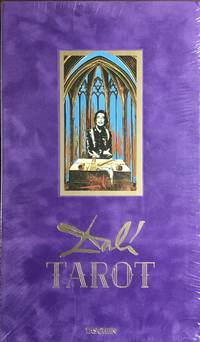 Description:
Taschen, 2019. Book. Illus. by DALI, SALVADOR. New. Hardcover. 1st Edition. Folio - over 12 - 15" tall. Tarot Card & Book Set - NEW/NEW in NEW Traycase (Sealed in publisher's shrinkwrap)- The Magician, Death, and the Moon. Surrealism meets Symbolism in Salvador Dalí's tarot deck. Dalí poses as the Magician, his wife Gala becomes the Empress, and the death of Julius Caesar is reinterpreted as the Ten of Swords in the artist's extraordinary custom tarot deck. First published in a 1984 limited edition that has since long sold out, this lush box set brings back all 78 cards, each dazzling in color, along with a companion book on the making-of and practical instructions....
Item Price:
£116.58
£18.41 shipping to USA 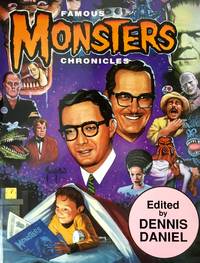 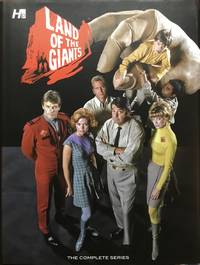 Description:
Neshannock, PA: HERMES Press, 2010. Graphic Novels. Illus. by GILL, TOM. As New. Hardcover. 1st Edition. HB - 1st. Print - FINE/FINE (As New) - The classic Irwin Allen television series tie-in comic book Land of the Giants returns in one complete volume collecting all five issues. Land of the Giants: The Complete Series features stunning artwork by Lone Ranger artist and Silver Age great Tom Gill. In addition to the complete reprint of all the comic books, Land of the Giants The Complete Series features essays about the show, behind-the-scenes and never-before published documentary photos, blue-prints, models, design artwork, and more. Now for the first time in over forty years Land of the Giants fans can again read all the comic book adaptations of this classic sci-fi television show, completely re-mastered and looking better than when they were originally issued!.
Item Price:
£124.87
£18.41 shipping to USA 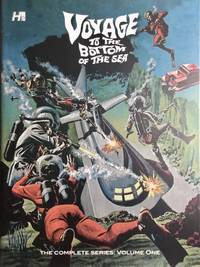 Description:
Neshannock, PA: HERMES Press, 2009. Graphic Novels. Illus. by HECK, DON: SEKOWSKY, MIKE : TUSKA, GEORGE . New. Hardcover. 1st Edition. HB - 1st. Print - NEW/NEW - It's Back, the comic book adaptation of one of the most famous and popular sci-fi television series of the 1960s: Irwin Allen's Voyage to the Bottom of Sea. The first of two hardcover volumes featuring reprints of the entire series of Gold Key comic books featuring Admiral Nelson, Captain Crane, and the Seaview. Included is documentary material about the series, its designs, and special effects. The first volume reprints eight issues of the series, digitally remastered to look better than when these books first hit the stands. Featuring painted cover art by George Wilson with interior artwork by such Silver Age greats as Mike Sekowsky, Don Heck, George Tuska, and Alberto Giolitti..
Item Price:
£103.78
£18.41 shipping to USA 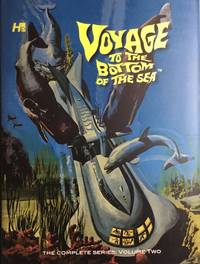 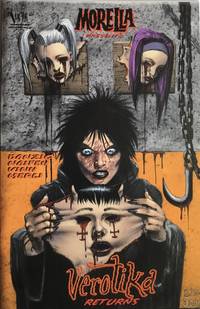 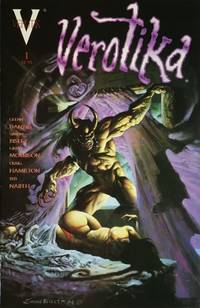 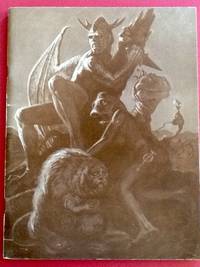 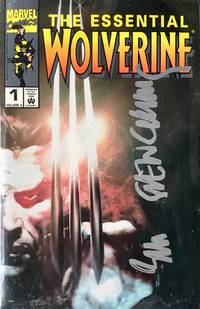 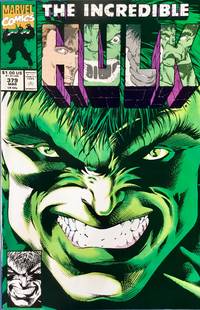 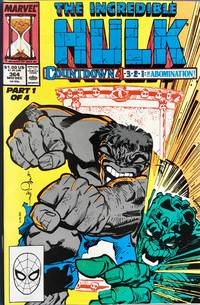 Description:
New York: MARVEL COMICS, 1994. Graphic Novels. Illus. by PEREZ, GEORGE . New. Hardcover. First Edition. 4to - over 9¾" - 12" tall. HB - 1st. Print - NEW/NEW (Sealed in publisher's shrinkwrap) - "The Hulk is lured into a future time line devastated by nuclear warfare. He encounters a pocket of survivors inDystopia, a city ruled by and indestructible, radiation-mutated tyrant who calls himself the "Maestro". The Hulk discovers that the Maestro is actually a dare and evil version of himself! Facing defeat from the wiser, stronger, more experienced Maestro, the Hulk must desperately fight to avoid a self-fulfilling, twisted path that leads to ruination.".
Item Price:
£188.14
£18.41 shipping to USA 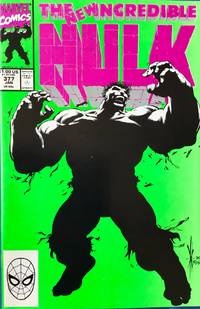 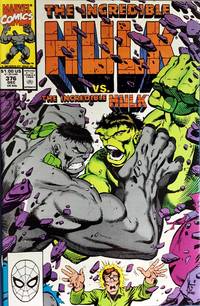 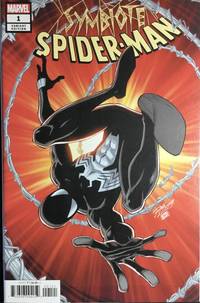 Description:
New York: MARVEL COMICS, 2019. Bound Comic/Digest. Illus. by LAND, GREG. Near Mint. Comic. 1st Edition. Comics - 1st. Prints (Complete 5 Issue Set) (NM) Set during the original "Alien Costume Saga," this all-new story pits the black-suited wall-crawler against that most mystifying of menaces: Mysterio! Uncovering a shameful secret from the Black Cat's past, Mysterio may have found the blackmail necessary to get close to Spider-Man's remarkable new suit - and in doing so will set Felicia down a path where any misstep could result in her losing Peter forever! Is this the beginning of the end for Spidey and the Cat? .
Item Price:
£66.12
£18.41 shipping to USA 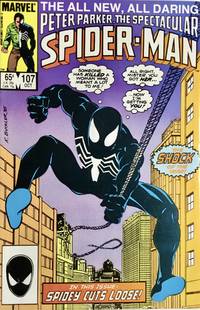 Description:
New York: MARVEL COMICS, 1985. Bound Comic/Digest. Illus. by BUCKLER, RICH. Near Mint. Comic. 1st Edition. Comics - 1st. Print (VF/NM) "Original Sin" Part 1, In a stunning development, police captain Jean DeWolff is found murdered in her apartment. The entire city is in a state of shock over the killing including the police department, the staff at the Daily Bugle, and the Amazing Spider-Man. The web-slinger (in his black costume) begins investigating the homicide by meeting with the detective assigned to the case, Stan Carter. However, another superhero, Daredevil, gets the first shot at stopping the murderous rampage of the Sin-Eater! .
Item Price:
£51.05
£18.41 shipping to USA 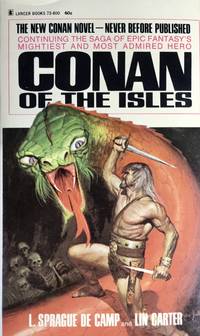 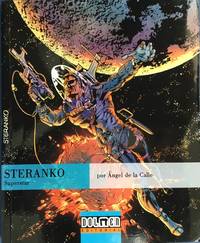 Description:
Spain: Dolmen Editorial, 2010. Book. Illus. by STERANKO. Near Fine. Trade Paperback. 1st Edition. Trade Paperback (Digest Sized) - 1st. Print - NF (Note: Book completely in Spanish) - Ángel de la Calle, after writing a complete book for the Semana Negra dedicated to Steranko, interviewed the author who was attending as guest of the aforementioned event. With all that information Ángel de la Calle has written this book in which the life and work (and miracles) of this popular artist known for his innovative works in series such as Nick Fury or Captain America are analyzed. Also covered as well is Steranko's life as a professional escape artist and creator of book covers and movie posters.
Item Price:
£41.26
£18.41 shipping to USA 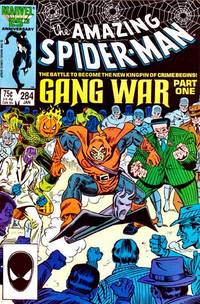