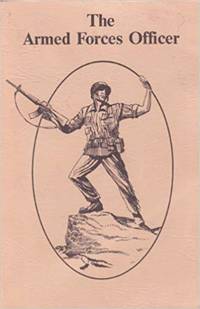 Description:
S.L.A. Marshall -- with his experience as a soldier, active duty and reserve officer, journalist, and historian in World War I, World War II, and Korea -- wrote out the 1950 edition at the request of General of the Army George C. Marshall. "SLAM" edited the 1975 edition himself, updating it with fresh examples. It encouraged the officer corps to regain its balance in the aftermath of Vietnam by drawing on its oldest ideals. I don't doubt that many of the young officers who reformed the armed forces between the defeat in Vietnam and the victory in the Gulf War (the story is in James Kitfield's "Prodigal Soldiers") drew inspiration from Marshall.
Item Price
US$249.00
US$3.99 shipping to USA