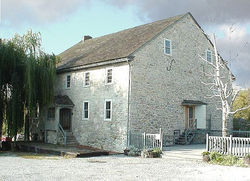 Ron Lieberman, has been an antiquarian bookseller, rare book appraiser, and library consultant for Fifty years. His firm, The Family Album, has issued a series of exceptional catalogs and bibliographic references in a variety of fields, including: Incunabula; Pennsylvania-Americana; German-Americana; Fine Book Bindings; Early Photographica; Printing History & Typography; Classics from the Great Scholar / Printers; Etc. He was the instructor for a series of valuable workshops and courses in the history, taste, and technique of book collecting. He frequently lectures before professional groups of librarians and archivists on: the book trade; collection and building security; disaster preparedness; appraisals; and preservation, conservation, and binding. He has also often appeared on radio and television popularizing the pleasant hobby of antique book collecting. His expert opinion on the book collecting market; values of archives and manuscripts; collection preservation & security; historic photographs; and the value of rare books has been sought by sources as diverse as: the Historical & Museum Commission of PA; the PA State Library; the Library of Congress; the Smithsonian Institution; the FBI; American Bible Society; Money Magazine; Kipplinger Magazine; Conservation Centers; Warmans Antique Price Guides; U.S.A. Today; as well as Universities, Colleges, and Historical Societies throughout the United States. As one of the organizers of the World Library Fund, Mr. Lieberman provides professional analyses of library collections, and helps plan library development for public and private institutions in the United States and abroad. He was a Member of the Board of Governors of the Antiquarian Booksellers Association of America (A.B.A.A.), and Chairman of the A.B.A.A. Security Committee. He was a long-time regular member of the Security Committee of the Rare Book and Manuscript Section (RBMS) of the American Library Association (ALA); and was the Past President of the Middle Atlantic Chapter, A.B.A.A. Mr. Lieberman was also, for many years, a consulting editor and contributor to the Haworth Press journal: "College & Undergraduate Libraries" American Library Association (ALA); + ACRL/RBMS [For 35 Continuous Years] // PA Library Association (PLA) // Bibliographical Society of America // Middle Atlantic Regional Archives Conference (MARAC) // Society for the History of Authorship, Readership, and Publishing (SHARP) // Philobiblon Club // Etc. Etc.