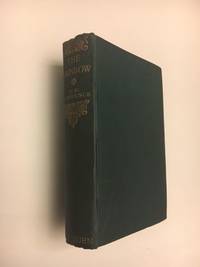 Description:
First edition. A bit dusty, covers a bit over opened, all in all Very Good. One of the most infamous works of the early 20th century. Numerically rare(some roughly 1300 copies surviving purposeful destruction), but always available â€“ this copy however has a distinguished provenance. It contains the signatures of Barbara Low (close friend and confidant of Lawrence) and Catherine Carswell (Scottish author, biographer and journalist who was also a close friend of Lawrence. She lost her job after a positive review of The Rainbow). Ex-libris, Sir Charles Philip Huntington, 3rd Baronet.
'Upon publication of The Rainbow in 1915, D. H. Lawrence and his publisher, Algernon Methuen, were prosecuted under the Obscene Publications Act of 1857. During the trial, the Crown prosecutor, Herbert Muskett, condemned Lawrence's text for what he referred to as its "immoral representations of sexuality." Methuen, fearing that his business would suffer from the bad publicity, made a formal apology and surrendered all… Read more
Item Price
US$1,790.00
US$15.00 shipping to USA 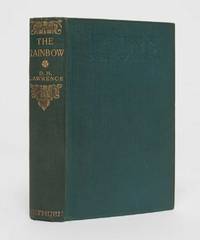 Description:
London: Methuen & Co. Ltd, 1915. First edition. Near Fine. One of 1250 copies (429 of which were destroyed for "obscenity"). A copy that is very Nearly Fine with the spine a bit darkened and faint tape ghosts on the end papers. Housed in a custom slipcase. Originally conceived as the first part to Lawrence's more popular, Women in Love, the publisher released the two novels separately to avoid tainting "Women in Love" with the scandal of the obscenity charges brought against The Rainbow. In The Rainbow, Lawrence follows the Brangwen family through three generations, a narrative arc that corresponds with the Victorian Era. Lawrence's novel investigates the challenges that industrialization wrought on families, labor, beliefs, and relationships, especially intimate ones. It was the novel's candid exploration of sexual desire that disturbed authorities who, after a successful obscenity trial, seize and then destroyed copies of the book before issuing a ban for more… Read more
Item Price
US$1,650.00
US$4.00 shipping to USA 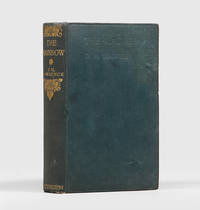 Description:
London: Methuen & Co. Ltd.,, 1915. Octavo. Original blue-green cloth, titles to spine in gilt and to front board in blind. Neat ownership initials to half-title verso. Touch of wear to spine ends and tips, small pierce to cloth to centre of front joint, water marks and a little rippling to front board and front matter, inner hinges starting but firm; a good copy. First edition, first impression. Methuen published The Rainbow in September 1915 in a print run of 2,527 copies. The work was however quickly withdrawn from sale in the face of almost universally hostile reviews and impending prosecution. At Bow Street magistrates' court on 13 November it was banned as obscene, with the result that "some 1,195 were destroyed" (Roberts and Poplawski). Roberts and Poplawski A7.
Item Price
US$1,268.00
US$15.22 shipping to USA

Description:
London: Methuen & Co Ltd, 1915. First printing. Very Good. 463 pages with 6 pages at rear including rear end papers . Last page has a tear missing but not affecting the yext.Very Good. Brick red cloth bords with gilt title and leaf decoration to spine. First edition. The Rainbow, by D. H. Lawrence author of 'Sons and Lovers'. Top edges only trimmed; bottom and side edges untrimmed. Copyright page states 'First Published in 1915'. Front end papers show Methuen's Colonial Library titles. Bookseller stamp - Smith's Book Shop Wellington 34 Mercer Street. Traces of a book plate on fixed front end paper. Front board a bit loose with a split in the end paper. Apparently only 821 copies were distributed in England including file and review copies. It is not clear how many were sent for colonial distribution. out of the 500 planned. Lawrence's frank treatment of sexual desire and the power it plays within relationships as a natural and even spiritual force of life,… Read more
Item Price
US$1,200.00
US$27.00 shipping to USA 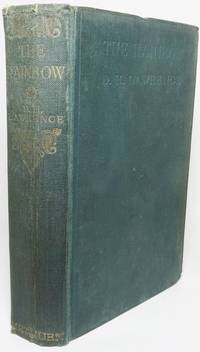 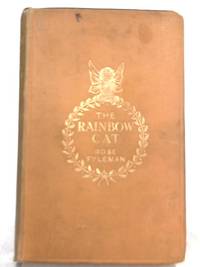 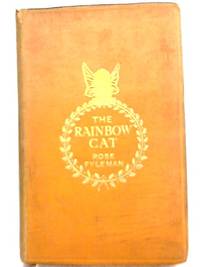