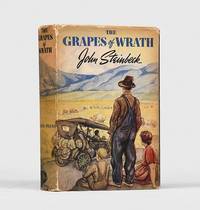 Description:
New York: The Viking Press, 1939. Presentation copy of Steinbeck's masterpiece, in the original dust jacket First edition, first impression, presentation copy inscribed by the author "For Vincent Sheean, John Steinbeck" and additionally inscribed by the recipient, "Although it is signed to me, Mr Steinbeck intended this book to go for the Spanish intellectuals in exile - Vincent Sheean". One of the great American novels of the 20th century.Vincent Sheean (1899-1975), the American journalist and writer, published Personal History in 1935. A film adaptation, entitled Foreign Correspondent and directed by Alfred Hitchcock, was released in 1940. Working as a reporter for the New York Herald Tribune he covered the Spanish Civil War, hence his note about "Spanish intellectuals in exile".Sheean had been in Spain with Ernest Hemingway in 1938 and was responsible for the only known meeting between Steinbeck and Hemingway. Writing in John Steinbeck and his Contemporaries, Valerie Hemingway notes that Steinbeck… Read more
Item Price:
£18,750.00
£12.00 shipping to USA 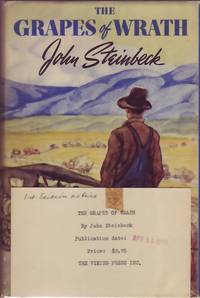 Description:
NY, Viking, 1939, first edition, first printing, dust jacket. Hardcover.. No book is more identified with John Steinbeck than this masterpiece which won the Pulitzer Prize for fiction and which was the source for the film version directed by John Ford that starred Henry Fonda as Tom Joad and which won Jane Darwell an Academy Award for her portrayal of Ma Joad, the book was also the source for the Tony Award-winning Broadway play, one of the true high spots of 20th Century literature, jacket designed by Elmer Hader, this is an incredibly scarce Review Copy with review slip from Viking, this is the only review copy seen by this bookseller in more than 50+ years of being involved in all things Steinbeck, see Goldstone & Payne A12a, see Morrow 107. Fine in a jacket with a couple of small tape ghosts from where the review slip was previously affixed, jacket is otherwise clean, bright, and fine.
Item Price:
£12,787.43
£3.25 shipping to USA

Description:
Viking Press, 1939. 1st Edition. Hardcover. Fine/Fine. A fine first edition in a fine dust jacket (with First Edition stated on the lower corner of the front flap of the dust jacket). Housed in a custom made collector's clamshell case with tooled quarter leather and gilt lettering and decoration.
Item Price:
£12,178.50
£4.87 shipping to USA

Description:
n.p., 20th Century-Fox, 1940, first edition.. A complete set of 11X14-inch color lobby card posters for the original release of this classic story and classic film which was directed by the famed John Ford and which starred Henra Fonda as Tom Joad, Jane Darwell as Ma Joad, and John Carradine as Casy, the set also includes its original printed housing envelope which is probably even more scarce than the posters, the fragile housing envelope is plain brown and is printed with the film title, Steinbeck's name, Fonda's name, etc. none of these posters were in the Adrian H. Goldstone collection, but see Goldstone & Payne E6, not recorded by Morrow, extremely scarce, especially as a complete set and with the housing envelope. While there are pin holes in some corners from theatre mounting, as usual, these posters are uniformly clean, bright, and fine.
Item Price:
£7,246.21
£3.25 shipping to USA 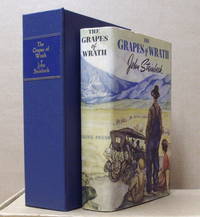 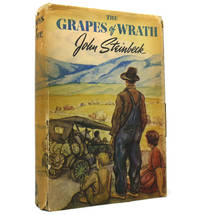 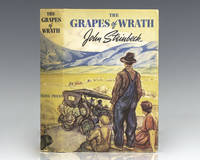 Description:
New York: The Viking Press, 1939. First edition, with "First Published in April 1939" on copyright page and first edition notice on the front flap of the dust jacket. Octavo, original beige cloth. Near fine in a near fine dust jacket with a touch of shelfwear, contemporary name to the front free endpaper. Jacket design by Elmer Hader. An exceptional example. The Grapes of Wrath is the kind of art that’s poured out of a crucible in which are mingled pity and indignation Its power and importance do not lie in its political insight but in its intense humanity [It] is the American novel of the season, probably the year, possibly the decade" (Clifton Fadiman). It is the basis for the 1940 John Ford directed film, bearing the same name starring Henry Fonda. It is widely considered as one of the greatest American films of all time. In 1989, this film was one of the first 25 films to be selected for preservation in the United States National Film Registry by the Library of Congress as being "culturally,… Read more
Item Price:
£6,332.82
FREE shipping to USA 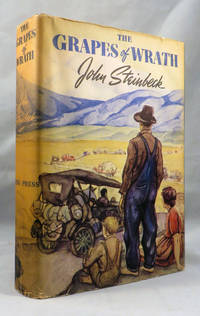 Description:
New York: The Viking Press, 1939. First Edition. 8vo, publisher’s original pictorially decorated tan cloth in original first issue dustjacket, with price and "First Edition" statement both present. (vi), 619 pp. A handsome, bright and clean copy, the dustjacket whole and without tears, light evidence of shelving over time, the backstrip of the dustjacket just a touch mellowed by age, clean and bright internally, solid and very well preserved. AN IMPORTANT FIRST EDITION AND PERHAPS THE GREATEST BOOK WRITTEN BY THIS NOBEL PRIZE WINNING AUTHOR. John Steinbeck won the Pulitzer Prize for this novel of migrant workers in America. The story of the Joad family, simple people living close to nature, whose lives are disrupted by the malevolent forces of drought, market conditions and human creed. The novel graphically demonstrates the dangers to society when the vital like between rural man and the Earth is broken. The condition of this copy, in the pictorial jacket, is quite pleasing indeed.
Item Price:
£6,117.67
£8.52 shipping to USA 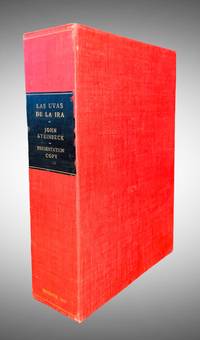 Description:
First Chilean Edition; Presentation Copy. A Good to Very Good Softcover Edition with Original Pictorial Wrappers. SIGNED and Inscribed from Steinbeck to Natalya Lovejoy, wife of Ritchie Lovejoy, and a close friend who was part of Steinbeck's Monterrey circle. Inscription reads "Para Natalya / con todo santas / Su seguro ser midos / John / who loves you." A unique presentation copy of this classic of American Literature; a one of a kind item. This copy is in good to very good condition showing some creasing to the edges and folds of the wrappers, some sunning and creasing to the spine, some toning to the pages, and moderate foxing to the inside covers; housed in a beautiful custom cloth-covered slipcase with a gilt lettered morocco title piece. An excellent and important addition to any Steinbeck or American Literature collection. Will be carefully wrapped and shipped in a sturdy box.
Item Price:
£6,089.25
£4.87 shipping to USA

Description:
New York: Viking Press, 1939. First Edition, First Issue. From the library of Harpo Marx, the endearing clown of the Marx Brothers comedy team, and his wife actress Susan Fleming Marx, former member of the Ziegfeld Follies and star of early talking films like Million Dollar Legs with W.C. Fields. With a charming bookplate illustrated by Susan Marx with a drawing of Harpo in his comic character which reads: “FROM THE LIBRARY OF HARPO & SUSAN MARX.” Fine clean copy in a very good bright dust jacket with a few small mends by an expert paper conservationist. Winner of the Pulitzer Prize. An American literary landmark and the basis of the acclaimed film starring Henry Fonda directed by John Ford.
Item Price:
£5,683.30
£4.87 shipping to USA 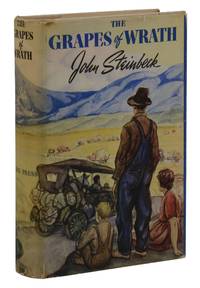 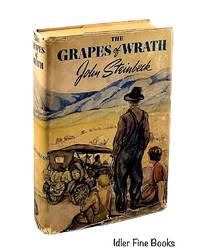 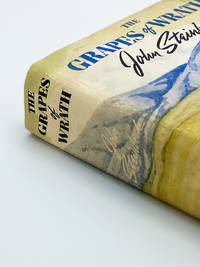 Description:
New York: The Viking Press, 1939. Near fine in restored dust jacket.. First edition of the Pulitzer and National Book Award-winning novel that made Steinbeck a household name. GRAPES OF WRATH has been generations of students' introduction to the Great Depression and the Dust Bowl. Steinbeck's extensive use of symbolism and Biblical motifs also makes it an excellent exercise in literary criticism for both high schoolers and hardcore academics, all pulled together with exceptionally lyrical prose. GRAPES OF WRATH was an immediate hit, and stayed atop bestseller lists for the majority of 1939. But it was not always beloved: the novel was a lighting rod for Steinbeck, both professionally and personally. His portrayal of the difficult lives of migrant workers and the corruption of the agriculture business earned him "constant vilification" from powerful farmers' groups, and the book was banned (and even occasionally burned) in a variety of communities (Demott). In his diaries, Steinbeck lamented how the… Read more
Item Price:
£4,871.40
FREE shipping to USA