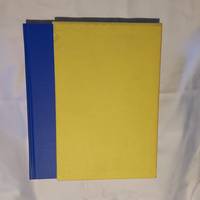 Description:
Very scarce, important, First American Edition, Limited Edition number 144 of 300 signed by both Roald Dahl and illustrator Quentin Blake. Sky blue boards without flaws. Red foil title stamping on spine, red foil mouse on cover. The spine on the top edge is barely cocked (see photo). Sunshine yellow original slipcase with 1" slight soiling (black scuff). Foot of slipcase has a tiny wear spot. Otherwise fine. Black and white illustrations throughout. Octavo. No dustjacket as issued. Winner of the Whitbread Book Award (1983). One of the most frequently challenged books on the ALA banned books list. The book was adapted into an unabridged audio reading by Lynn Redgrave, a stage play and a two part radio dramatization for the BBC, a 1990 film directed by Nicolas Roeg which starred Angelica Huston and Rowan Atkinson, a 2008 opera by Marcus Paus and Ole Paus, and a 2020 film directed by Robert Zemeckis.FIND ANOTHER ONE!
Item Price:
£7,813.75
£4.11 shipping to USA 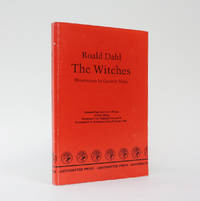 Description:
London: Jonathan Cape. 1983. Uncorrected proof copy of the first edition, first printing. Uncorrected proof copy of the first edition, first printing. Signed by the author. Publisher's original red card covers printed in black. Illustrated with line drawings by Quentin Blake throughout. A very good or better copy, the binding square and firm with a little rubbing to the extremities. The contents are entirely complete, clean throughout and without previous owner's inscriptions or stamps. Scarce in this proof state, considerably so signed by the author. Signed by Roald Dahl in black ink at the bottom of the half title. Winner of the 1983 Whitbread Prize for Children's Book of the Year, filmed in 1990 by Jim Henson starring Anjelica Huston and Rowan Atkinson. Further details and images for any of the items listed are available on request. Lucius Books welcomes direct contact with our customers.
Item Price:
£6,750.00
£24.95 shipping to USA 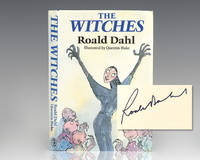 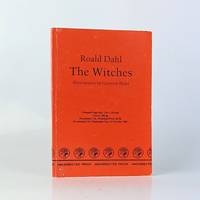 Description:
An uncorrected proof copy of the first edition. Signed by the author to a bookplate affixed to the title page. Original red covers with illustrations by Quentin Blake. A few soft creases and a couple of areas of minor rubbing to spine and upper cover. A very good example indeed of a rare proof, bearing the author's signature.
Item Price:
£1,750.00
£14.00 shipping to USA 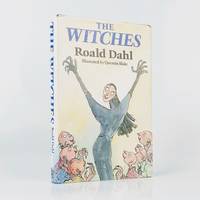 Description:
First edition, first impression (Jonathan Cape, 1983). Illustrated by Quentin Blake. Signed by the author and illustrator to signature slips affixed to the title page. First adapted to film in 1990 and due to be adapted again in 2020.Publisher's original green cloth with gold lettering to spine. A near fine book with slight pushing to spine tips and toning to edges. Free from any writing or previous owner inscriptions. The original dust jacket has a hint of fading to the spine panel with a couple of small chips to spine head and to corners; moderate edge wear with some abrasion to spine head - very good. A very good copy indeed.
Item Price:
£500.00
£14.00 shipping to USA