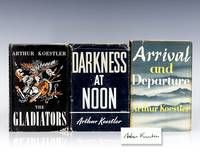 Description:
New York: The Macmillan Company, 1939-1943. First American editions of each work in Koestler's acclaimed trilogy, including his masterpiece, Darkness at Noon. Octavo, original cloth. Darkness at Noon is signed by Arthur Koestler on the front free endpaper. Each volume is very good in a very good dust jackets with some rubbing and wear. Housed in a custom half morocco clamshell box. First printings are rare signed.
Item Price:
£7,993.86
FREE shipping to USA 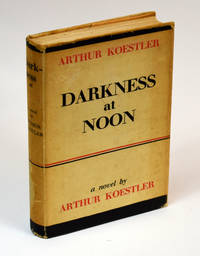 Description:
London: Jonathan Cape, (1950). First edition, later printing but scarce in any early printing of the Cape first edition. Translated from the German by Koestler's companion, the sculptor Daphne Hardy, who smuggled her translation to England from France, where Koestler had been interned during the war. INSCRIBED BY KOESTLER on half-title page, "Arthur Koestler, being duly sworn, deposes and says, that Harold Granata is a shining exception among consuls, vice consuls and such, in as much as being human. London, September 19, 1951/ Arthur Koestler." Koestler had been granted permanent residence in the U.S. just a few weeks earlier; Harold M. Granata was U.S. Vice Consul to London at the time. A fair copy foxed on endpapers and page edges and with cloth at spine thinned in areas from what would appear to have been old insect damage. In supplied, good to very good later-printing dust jacket. Scarce signed or inscribed.
Item Price:
£611.78
£4.49 shipping to USA 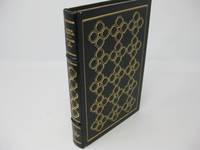