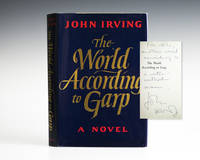 Description:
New York: E.P. Dutton, 1978. The World According To Garp is a comic and compassionate coming-of-age novel that established John Irving as one of the most imaginative writers of his generation. A worldwide bestseller since its publication in 1978, Irving's classic is filled with stories inside stories about the life of T.S. Garp, novelist and son of Jenny Fields. "There is something of Byron about John Irving. Not only is it that he woke after the publication of The World According To Garp to find himself famous, but the extremity of his opinions and the nervous violence of his language recall that intemperate noleman, and like Byron, he would certainly say that love is no sinecure" (Robertson Davies).
Item Price:
£1,806.64
FREE shipping to USA 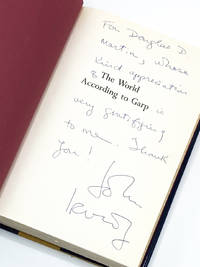 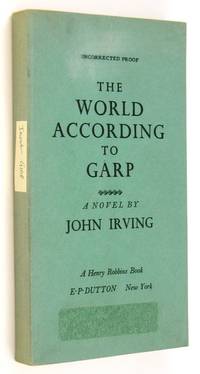 Description:
NY: Dutton. (1978). The second issue of the uncorrected proof copy, in tall green wrappers. Erasures and label removal shadow on the front cover; small label affixed to spine; near fine. Not as scarce as the mustard-colored proof, but many times scarcer than the white advance reading copy. Unless otherwise noted, our first editions are first printings. First Edition. Softcover. Near Fine.
Item Price:
£821.20
FREE shipping to USA 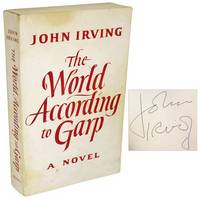 Description:
NY: Dutton. (1978). The advance reading copy of his fourth novel and breakthrough book, which went into numerous printings, became a multi-million copy bestseller and a National Book Award winner in its paperback release. The first printing of Garp was reported at 35,000 copies; none of Irving's previous books had sold even 5,000 copies, with one of them having had sales under 2000. Irving switched publishers for this book, and his new publisher decided to promote the novel heavily. After issuing two sets of proofs in small numbers for early readers and reviewers, Dutton printed this advance reading copy for wide distribution to the book trade. It worked in bringing attention to Irving's novel, which became a bestseller; since then, Irving's books have had six-figure first printings and his reputation as a major American novelist is secure. The publisher's risk, in producing such a large first printing, and their marketing efforts -- including creating this advance copy -- played no small part in this… Read more
Item Price:
£698.02
FREE shipping to USA 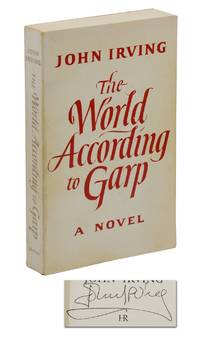 Description:
New York: E.P. Dutton & Company, 1978. Advance Reading Copy. Advance Reading Copy. Signed by John Irving on title page. x, 437 pp. with erratum slip laid in at p. 392. Very Good, sunned and slightly creased spine, light toning, back wrap a little stained. An uncommon review copy, preceding the first edition, of one Irving's earlier works and the one that catapulted him into prominence. The novel was well-received by critics and a finalist for the National Book Award.
Item Price:
£698.02
FREE shipping to USA 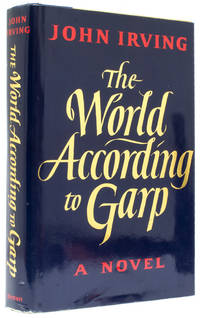 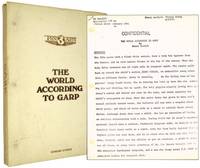 Description:
(n.p.): Burbank Studios. 1980. Tesich's second draft screenplay (September, 1980) for the film based on Irving's novel. 149 pages, bradbound in studio wrappers; "Garp" written on spine; near fine. Together with a "Confidential" 8-page synopsis of Tesich's January, 1981 final draft by story analyst Thomas Craig, dated 2/27/81: 7-pages of synopsis; 1 page of comment on how the final draft differs from the second draft that is included here. The final draft referred to by the synopsis and commentary was 10 pages shorter than this second draft. Unless otherwise noted, our first editions are first printings. First Edition. Softcover. Near Fine.
Item Price:
£615.90
FREE shipping to USA 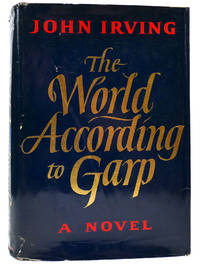 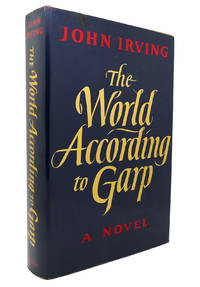 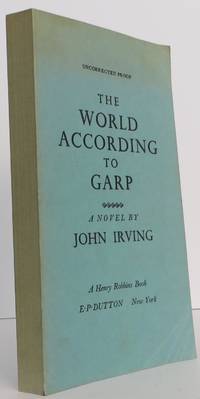 Description:
Dutton, 1978. 1st Edition. Soft cover. Very Good. The rare uncorrected proof in green wrappers. Very good condition. Much less common than the advance review copy in white wrappers. Contains the original 1997 invoice from Between the Covers, which listed the proof for $650 in 1997, when it was published. The book was an immediate success and the breakthrough bestseller for Irving.
Item Price:
£574.84
£4.93 shipping to USA 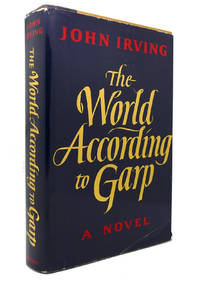 Description:
New York: E. P Dutton, 1978. 1st Edition. Hardcover. Near Fine/Near Fine. 8vo. Gilt lettered quarter blue cloth over beige paper boards. Wrapped in decorative dust jacket. Irving's breakout book that made him a literary star. Made into a successful movie. This is a very sharp copy with some edgewear and a slight fade to the spine o/w near fine.
Item Price:
£416.26
£12.81 shipping to USA 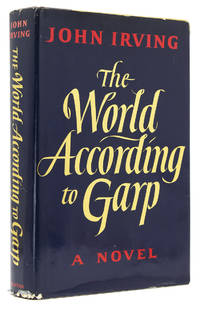 Description:
Los Angeles: Warner Bros, 1981. First Edition. Original bradbound 246 page final draft shooting script, dated January, 1981, for the film The World According to Garp, written by Steve Tesich, based on the novel by John Irving, directed by George Roy Hill, starring Robin Williams, Mary Beth Hurt, Glenn Close, and John Lithgow. A used and edge-worn copy with the covers lightly stained and marked and with some minor discoloration to the title page, but with the rest of the interior pages in very good condition with occasional minor pencil notations in printed studio covers. The film received two Oscar nominations; Best Supporting Actor (John Lithgow) and Best Supporting Actress (Glenn Close). John Irving’s novel,The World According to Garp, was a finalist for the National Book Award for Fiction in 1979, and its first paperback edition won the Award the following year.
Item Price:
£369.54
£4.93 shipping to USA 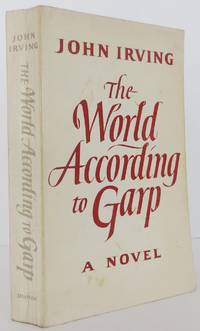