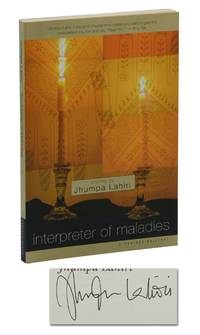 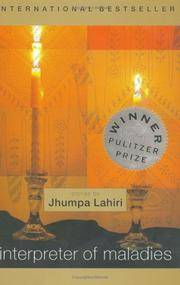 Description:
NY: Houghton Mifflin. A near fine US first edition, first printing paperback original (toning) - no dustjacket (as issued) - All my books are always securely packed with plenty of bubblewrap in professional boxes and promptly dispatched (within 2-3 days) - SIGNED BY JHUMPA LAHIRI - Pictures of the book are available upon request. . Near Fine. Soft cover. 1st Edition. 1st Printing. 1999.
Item Price:
£150.00
£19.00 shipping to USA 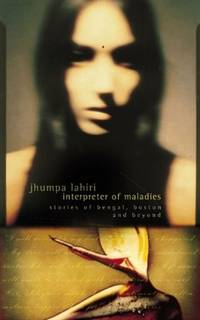 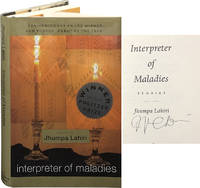 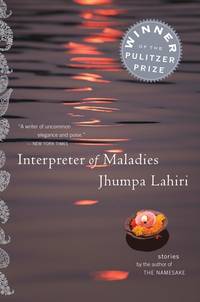 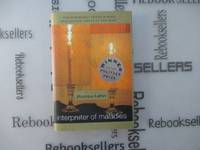 Description:
Houghton Mifflin Harcourt, 2000-05-22. Hardcover. Very Good. This Hard to find FIRST EDITION 1ST PRINTING WITH FULL NUMBERLINE Book is in Very Good condition.All items ship within 24 hours. Packaging is 100% Recyclable. Most items purchased from Charitable organizations. A portion of each sale is also donated to a monthly charity, check your package for this months charity. Reuse-Recycle-Rebook!
Item Price:
£96.31
£3.78 shipping to USA

Description:
Boston: A Mariner Original/Houghton Mifflin Co., 1999. First edition. First Printing. Paperback. Fine. 198pp. Trade Paperback. Author's debut collection of nine short stories. Book is tight, straight, and appears unread. It has a plastic book removable protector. Page edges are browning. Book is a first printing and has a complete numer line from 1-10. It is a paperback original (PBO) which preceded the hardcover; it also won the Pulitzer Prize for fiction and the PEN/Hemingway award. There is a paper ribbon proclaiming "Pulitzer Winner" between the book and the jacket protector which is removable. Excellent stories.
Item Price:
£90.48
£3.70 shipping to USA

Description:
Boston and New York: Houghton Mifflin Company, 1999. First Edition, First Printing . Paper Back Original. As New/No Jacket. 8vo - over 7¾" - 9¾" tall. AS NEW in wraps. This debut collection of stories was published as a paperback original (PBO) that went on to be the surprise winner of the Pulitzer Prize. It also won the PEN Hemingway Award, and the New Yorker Debut Award. The New Yorker Magazine named Lahiri one of 20 young writers to watch for the 21st century. Although it was LATER ISSUED IN HARDCOVER AFTER it won the Pulitzer Prize, this is the TRUE FIRST PRINTING of the PBO. By the time the Pulitzer Prize was announced, this pbo was already in a 6th printing. NO remainder marks, NEVER read. Carefully packaged to prevent shipping damage.
Item Price:
£90.48
£3.29 shipping to USA 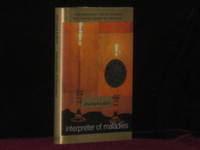 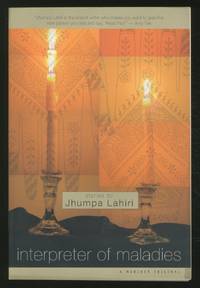 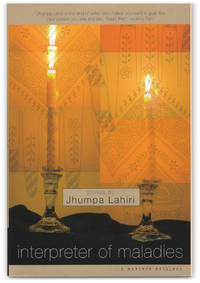 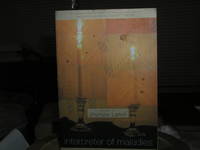 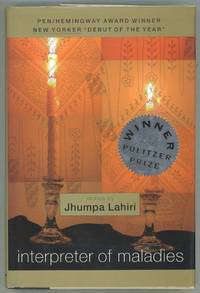 Description:
Boston: Houghton Mifflin Company [1999], 1999. First edition. Hardcover. Very near Fine/very near Fine. 8vo. [9], 2-198 pp. Quarter black cloth over beige paper boards with gold lettering on the spine. Yellow endpapers and pastedowns. Price of $23.00 on the front flap of the dust jacket. First published as a paperback, this is the first printing of the first hardcover edition of this Pulitzer Prize winning collection of stories.
Item Price:
£61.69
£4.94 shipping to USA 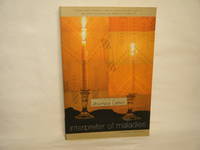 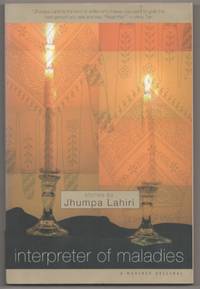 Description:
Boston, MA: Houghton Mifflin Company, 1999. First edition and first printing with a number row ending in a one. Softcover. Lahiri's well received first book which was a paperback original. A tight near fine copy in wrappers with some of the usual toning to the pages. A very nice copy of this impressive debut collection of that won the Pulitzer Prize.
Item Price:
£53.46
£4.94 shipping to USA