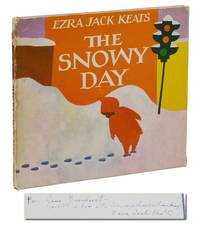 Description:
New York: The Viking Press, 1962. First Edition. First edition, first printing in correct dust jacket. Signed by Ezra Jack Keats, inscribed to book designer Jane Byers Bierhorst, "with whom its been pleasant working." They would collaborate on later books. 34 pp. Bound in publisher's blue cloth with white and red lettering. Near Fine with light wear, subtle mottling to cloth, in Very Good dust jacket, unclipped ($3.00) with absolutely no Caldecott award seal, chipped at head and tail, rubbed and worn along folds, a few short closed tears. Nice shape overall. A truly iconic work, The Snowy Day has been named on the most important books of the 20th century by the New York Public Library, inspired a series of U.S. postage stamps in 2017, and was the first children's book with a Black protagonist to win a major award. While first editions are quite rare and sought-after, signed or inscribed copies are almost unheard of.
Item Price:
£28,787.50
FREE shipping to USA 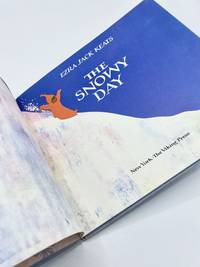 Description:
New York: The Viking Press, 1962. First edition. First issue dust jacket. Near fine in like jacket.. First printing of this groundbreaking work, the first Caldecott award-winner celebrating a Black protagonist as the hero of the story, enjoying a beautiful winter day. After a career illustrating other people's books, Keats became an author as well in SNOWY DAY, which won him the Caldecott and changed his life. In this book Keats found his artistic voice, where his experimentation with collages and dramatic colors were able to sing in gorgeous multicolor pictorial spreads. Keats, himself white, depicted little Peter as a stand-in for every child in a joyful children's book about everyday life, subversive in its suggestion that representation should not be subversive at all. As a 2016 picture book about the making of SNOWY DAY says: "When Snow spreads her sheet, we all glisten" (A POEM FOR PETER). 8'' x 9''. Original light blue cloth, white and red-stamped pictorial front board, white-lettered spine.… Read more
Item Price:
£12,337.50
FREE shipping to USA 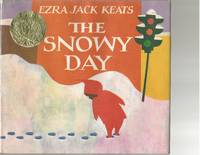 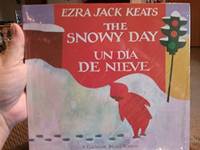