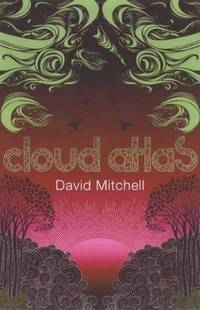 Description:
London: Sceptre. A Fine UK first edition, first printing - in a Fine dustjacket - All my books are always securely packed with plenty of bubblewrap in professional boxes and promptly dispatched (within 2-3 days) - This book is a masterpiece - SIGNED, LINED & DATED BY DAVID MITCHELL- I AM INCLUDING A RARE PROMOTIONAL POSTER WITH THIS BOOK - Pictures of the book are available upon request. . Fine. Hardcover. 1st Edition. 1st Printing. 2004.
Item Price:
£795.00
┬ú19.00 shipping to USA 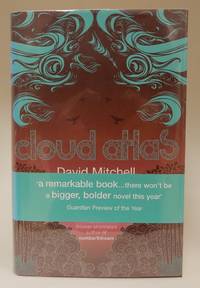 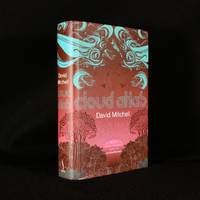 Description:
London: Sceptre, 2004. First edition. Cloth. Fine/Fine. 9.5" by 6". None. A fine signed first edition of one of David Mitchell's most popular novels, a historical and science fiction novel. The first edition, first impression, of this work.Signed by the author to the title page.In the original unclipped dustwrapper.'Cloud Atlas' is Mitchell's third novel, shortlisted for the Booker Prize. A meta science fiction novel set from the South Pacific in the nineteenth century to a post-apocalyptic future.Written by the popular author David Mitchell. In the original publisher's cloth binding, in the original unclipped dustwrapper. Externally, fine. Dustwrapper is fine. Internally, firmly bound. Pages are bright and clean. Signed by the author to the title page. Fine
Item Price:
£550.00
┬ú11.95 shipping to USA 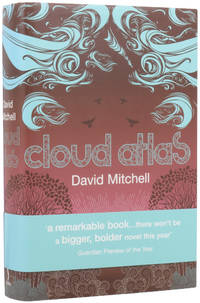 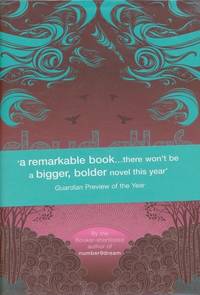 Description:
Comments: Tight clean copy with doodle drawing above signature.Synopsis: A reluctant voyager crossing the Pacific in 1850; a disinherited composer blagging a precarious livelihood in between-the-wars Belgium; a high-minded journalist in Governor Reagan's California; a vanity publisher fleeing his gangland creditors; a genetically modified 'dinery server' on death-row; and Zachry, a young Pacific Islander witnessing the nightfall of science and civilisation ÔÇô the narrators of Cloud Atlas hear each other's echoes down the corridor of history, and their destinies are changed in ways great and small.
In his captivating third novel, David Mitchell erases the boundaries of language, genre and time to offer a meditation on humanity's dangerous will to power, and where it may lead us.
Item Price:
£474.55
┬ú2.48 shipping to USA 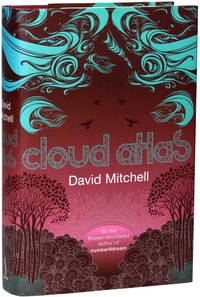 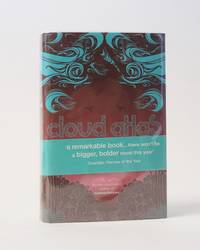 Description:
London: Sceptre/ Hodder and Stoughton, 2004. First Edition. Hardcover. Near Fine/Near Fine. Red boards with blue metallic lettering to the spine. Very light bumping to the spine ends, else about fine in like dust jacket, with the publisher's wraparound band, which has a couple of light scuffs. Signed by Mitchell and dated in Kingston, Ontario, 2016, with the doodle working through his signature and initialed printed name. First printing. Nice copy.
Item Price:
£386.34
┬ú12.88 shipping to USA 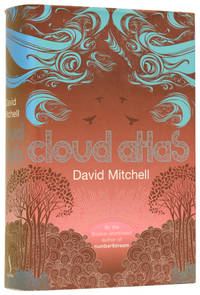 Description:
London: Sceptre, 2004. [Modern Literature] INSCRIBED FIRST EDITION. Octavo (24 x 16cm), pp.[6] 529 [9]. INSCRIBED by the author in blue ink to title page: '[doodle] To James | David Mitchell | with best regards | London | May | 2004.' Publisher's red cloth with metallic blue titles to spine, and cyan endpapers. With the dust-jacket designed by Kai Clements and Sunny, priced at ┬ú16.99. Some general handling, including bumping to top corners. Some toning and spotting to edges. Light wear to jacket edges with a couple of closed tears, and just a touch of sunning to spine. Very good. Shortlisted for the 2004 Booker Prize. Basis for the film of the same name, released in October 2012.
Item Price:
£375.00
┬ú20.00 shipping to USA

Description:
London: Sceptre, 2004. First Edition. Hardcover. Near Fine/Fine. First printing. Red boards with blue metallic spine lettering. Light bumping to head and foot of spine and one board corner, otherwise a fine copy in fine dust jacket. Signed by Mitchell on the title page with the usual flourish over his printed name.
Item Price:
£321.95
┬ú12.88 shipping to USA

Description:
London: Sceptre. A near fine UK proof (toning) - All my books are always securely packed with plenty of bubblewrap in professional boxes and promptly dispatched (within 2-3 days) - SIGNED BY THE AUTHOR - Pictures of the book are available upon request. . Near Fine. Soft cover. 1st Edition. 1st Printing. 2004.
Item Price:
£295.00
┬ú19.00 shipping to USA 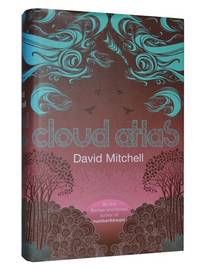 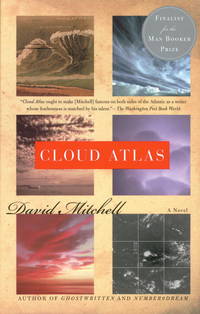 Description:
US: Random House. A Fine US first edition, first printing paperback original - no dustjacket (as issued)- All my books are always securely packed with plenty of bubblewrap in professional boxes and promptly dispatched (within 2-3 days) - SIGNED BY DAVID MITCHELL - Pictures of the book are available upon request. . Fine. Soft cover. 1st Edition. 1st Printing. 2004.
Item Price:
£175.00
┬ú19.00 shipping to USA 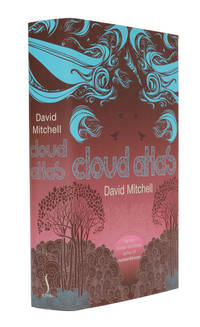 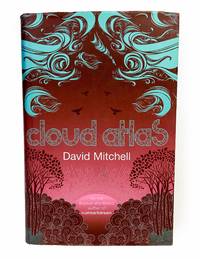 Description:
London: Sceptre. First edition. This is a fine copy. The nicely illustrated wrapper has only slight rubbing at the top edge of the spine. It has not been price clipped. The boards are free from chips and marks and the text blocks are bright and white throughout. Overall, this is a fine copy. . Fine. Hardcover. 1st Edition. 1st Printing. 2004.
Item Price:
£125.00
┬ú16.99 shipping to USA 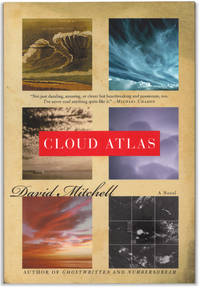 Description:
Los Angeles: Warner Brothers, 2012. First Edition. Small format, paperbound, 5 1/4ÔÇØ x 8 1/4ÔÇØ, 197 pages. This is first appearance in book form of this screenplay specially printed for distribution to members of the Academy of Motion Pictures Arts & Sciences in consideration for nomination of the Best Screenplay. Shooting script for the film Cloud Atlas, screenplay by Lana Wachowski, Andy Wachowski, and Tom Tykwer. Based on the novel by David Mitchell. Fine in printed wrappers. The film was directed by its screenwriters and stars Tom Hanks, Halle Berry, Jim Broadbent, Hugo Weaving, Jim Sturgess, Doona Bae, Ben Wishaw, Susan Sarandon, and Hugh Grant. The film tells a multilayered story of the interconnectedness of life through time and space.
Item Price:
£103.16
┬ú4.95 shipping to USA 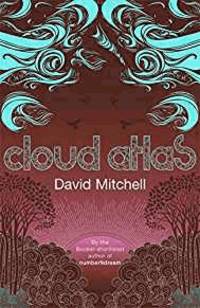 Description:
Sceptre, 2004. First edition-5th printing. Hardcover. Near fine/Near fine. Near fine condition.Sceptre,2004.First edition-5th printing(10 9 8 7 6 5). Red hardback(blue lettering to the spine,two small nicks and dent on the edges of the cover) with Dj(a couple of small nicks and crease on the edges of the Dj cover), both in near fine condition.Nice and clean page with a small ink mark and light shelf wear on the outer edges. Nice and clean book with light shelf wear on the Dj cover.Price un-clipped.529pp.A collectable book.Heavy book (approx. 1 Kg).
Item Price:
£87.00
┬ú23.00 shipping to USA

Try adding this search to your want list. Millions of books are added to our site everyday and when we find one that matches your search, weÔÇÖll send you an e-mail. Best of all, itÔÇÖs free.

Join the BibliophileÔÇÖs Club and save 10% on every purchase, every day┬áÔÇö up to $25 savings per order!