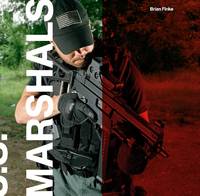 33 Copies Available from This Seller

Brian Finke graduated from the School of Visual Arts in New York City in 1998 with a BFA in photography. Since that time, he has had incredible success as an artist, with work placed in nine museum collections here and abroad. The author of  2-4-6-8: American Cheerleaders and Football Players (Umbrage, 2003), Flight Attendants (powerHouse, 2008), and Construction (DECODE, 2012), his first monograph was named one of the best photography books of 2004 by American Photo magazine. His editorial clients include: Bon Appétit, Conde Nast Portfolio, Details, Discover, ESPN the Magazine, Esquire, Fast Company, Fortune, Good Magazine, GQ, The New York Times Magazine, Life, Martha Stewart, Newsweek, New York magazine, The New Yorker, Photo District News, Rolling Stone, Spin, Teen Vogue, Time, Wired , and many others. Brian has commercial representation in the U.S. and France, and is represented by galleries in New York City, Paris, and Amsterdam. Edith Zimmerman is the founding editor of The Hairpin. She's a regular contributor to The New York Times Magazine , and her work has appeared in GQ, Elle , and New York magazine, and on This American Life .

Seller rating:
This seller has earned a 2 of 5 Stars rating from Biblio customers.
Biblio.co.uk member since: 2017
Bridgeton, New Jersey
Ask Seller a Question