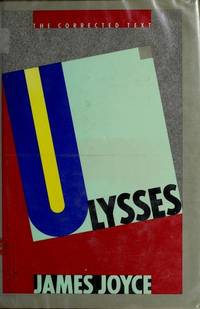 Ulysses is a modernist novel by James Joyce. It was first serialized in The Little Review from March 1918 to December 1920 and later published by Shakespeare and Company in 1922. Originally, Joyce conceived of Ulysses as a short story to be included in Dubliners , but decided instead to publish it as a long novel, situated as a sort of sequel to A Portrait of the Artist as a Young Man , picking up Stephen Dedalus’s life over a year later. Ulysses takes place on a single day, June 16, 1904, in Dublin - now celebrated as Bloomsday annually. Within the massive text of 265,000 words (not so “short” anymore, eh?), divided into 18 episodes, Joyce radically shifts narrative style with each new episode, completely abandoning the previously accepted notions of plot, setting, and characters. The presentation of a fragmented reality through interior perception in Ulysses , often through stream-of-consciousness, is one of many reasons it is considered a paramount in Modernist literature.  Ulysses presents a series of parallels with Homer’s epic poem Odyssey (Ulysses is the Latinized name of Odysseus.) Not only can correspondences be drawn between the main characters of each text — Stephen Dedalus to Telemachus, Leopold Bloom to Odysseus, and Molly Bloom to Penelope, but each of the 18 episodes of Ulysses reflects an adventure from the Odyssey. In 1998, the American publishing firm Modern Library ranked Ulysses first on its list of the 100 best English-language novels of the 20th century. February 2022 will mark the centennial of the publishing of Ulysses , with auctions, sales, and celebrations by Joyce fans scheduled around the globe. From our Book Collecting Guide: Collecting Ulysses  https://www.biblio.com/book-collecting/basics/collecting-one-book/collecting-ulysses-by-james-joyce/

Seller rating:
This seller has earned a 3 of 5 Stars rating from Biblio customers.
Biblio.co.uk member since 2021
Seattle, Washington
Ask Seller a Question

Oblivion Enterprises Inc. dba Oblivion Books is a small general bookstore, having operated since 1996 as Oblivion Books. We specialize in Art, Critical Theory, and scholarly books.

First Edition
In book collecting, the first edition is the earliest published form of a book. A book may have more than one first edition in... [more]
jacket
Sometimes used as another term for dust jacket, a protective and often decorative wrapper, usually made of paper which wraps... [more]