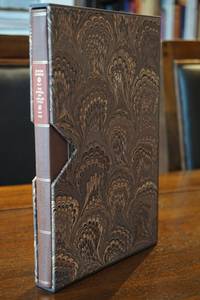 The Revival of Caslon Types

The Revival of Caslon Types: Three Essays from Matrix. The Review for Printers & Bibliophiles

The abnormal longevity of Matrix has allowed in the mournful distinction of pinpointing both the beginning and the end of Justin Howes' unique contribution to typographic scholarship. In Matrix 3 we printed his first published work, ' Noel Rooke, the Early Years' and in Matrix 24 we published his last, "Caslon's Patagonian'.

Justin's interest in Caslon was sparked off originally by seeing our broadside of Caslon ('My dear brother…') in its various sizes at the Whittington open day in 1986, which used as its text a letter from Eric Gill extolling Caslon – which would also have appealed to Justin. The fact that this wholly pleasing little octavo and attractively bound in leather and printed paper comes from Poland would have appealed to his sense of eccentricity. Inevitable there are a few typos, but it brings together Justin's three groundbreaking contributions about Caslon for Matrix and ends with Nicolas Barker's illuminating obituary written for the Independent.

The book importantly contains Justin's analysis from Matrix 21 of the Caslon punches and matrices kept in the Stephenson Blake strong-room in Sheffield until they were removed to the Type Museum in London. Each size from 8- to 72 point is analyzed character by character, replaced punches are noted, and there is a complete synopsis of each size. This is typographic scholarship at its most useful. For example, it tells users of Caslon type which sizes of caps were used as the small caps for the larger sizes, allowing printers to make up for deficiencies in founts of small caps which tend to be notoriously prone to wear and tear. There is such wealth of lucidly presented information. […]

This little gem should be on the shelves of all those who knew and admired Justin, as a reminder of this remarkable scholar who achieved so much in his short life, suspecting perhaps that time was not on his side.

Octavo (14,5x21,5 mm), set in LTC Caslon and printed on Conqueror Connoisseur paper in an edition of 75 copies. Quarter-bound in leather with marbled boards, in a slipcase.

Seller rating:
This seller has earned a 5 of 5 Stars rating from Biblio customers.
Biblio.co.uk member since: 2017
Warszawa
Ask Seller a Question

The Rambler Press was founded in the summer of 2013 and was conceived from love for English culture, history, and countryside as well as handmade paper and Caslon type. Our main purpose is to capture the beauty of 18th-century books, the finest period of English typography: bygone historical ligatures, long s, ornaments, what once created an exceptional piece of printing, sometimes called – without any exaggeration – "fine printing".