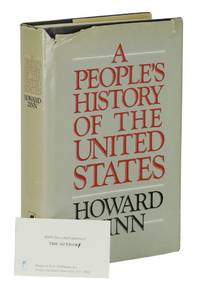 Seller rating:
This seller has earned a 5 of 5 Stars rating from Biblio customers.
Biblio.co.uk member since: 2010
Portland, Oregon
Ask Seller a Question

Burnside Rare Books specializes in American and British literature, and rare nonfiction. We are located in downtown Portland, Oregon and open by appointment.

Cloth
"Cloth-bound" generally refers to a hardcover book with cloth covering the outside of the book covers. The cloth is stretched...[more]
First Edition
In book collecting, the first edition is the earliest published form of a book. A book may have more than one first edition in...[more]
good+
A term used to denote a condition a slight grade better than Good.
jacket
Sometimes used as another term for dust jacket, a protective and often decorative wrapper, usually made of paper which wraps...[more]