Home Kaaterskill Books, ABAA/ILAB A New Account of East-India and Persia, in Eight… 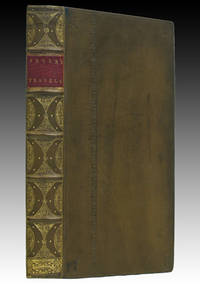 A New Account of East-India and Persia, in Eight Letters. Being nine years travels, Begun 1672. And finished 1681. Containing Observations made of the Moral, Natural, and Artificial Estate of Those Countries: Namely, Of their Government, Religion, Laws, Customs. Of the Soil, Climates, Seasons, Health, Diseases. Of the Animals, Vegetables, Minerals, Jewels. Of their Housing, Cloathing, Manufactures, Trades, Commodities. And of the Coins, Weights, and Measures, used in the Principal Places of Trade in those Parts

A New Account of East-India and Persia, in Eight Letters. Being nine years travels, Begun 1672. And finished 1681. Containing Observations made of the Moral, Natural, and Artificial Estate of Those Countries: Namely, Of their Government, Religion, Laws, Customs. Of the Soil, Climates, Seasons, Health, Diseases. Of the Animals, Vegetables, Minerals, Jewels. Of their Housing, Cloathing, Manufactures, Trades, Commodities. And of the Coins, Weights, and Measures, used in the Principal Places of Trade in those Parts

London: R.[obert] R.[oberts] for Ri[chard] Chiswell, 1698. First edition. Calf ruled and decorated in blind, five raised bands, compartments heavily decorated in gilt, red morocco lettering piece, all to period style. Small puncture on one leaf at Oo, not affecting text, leaves at Pp and Pp4 browned, a few minor shallow stains on the fore margins of some later leaves, very faint institutional stamp on margins of a few leaves, otherwise leaves clean, impressions sharp, and overall a near fine copy in an exceptionally handsome binding.. x, xiii, 427, xxiv pp. Illus. with engraved frontispiece portrait of the author, 5 engraved plates (3 folding) and 3 maps, one with printed overslip; title in red and black, woodcut illustrations in text. Folio. "Fryer was a surgeon in the service of the East India Company for nine years and travelled extensively on the Coromandel and Malabar coasts. He describes well the cities of Surat and Bombay, the life and trade there as well as at Madras. Nearly sixteen years elapsed before he could be persuaded to publish the story of his wanderings. At length piqued at the frequent appearance of translations of foreign, especially French, books of travel, in which English industry and enterprise were decried, he issued a handsome folio," (Cox, 'Reference Guide To The Literature Of Travel, Vol I, p. 280). "As a surgeon in the service of the East India Company, he left England in December 1672 and arrived at Masulipatam in June 1673. He spent the following four years on the Coromandel and Malabar coasts, visiting and describing Surat, Bombay and Madras. He also travelled to Gokarna, Karwar, Goa, and ventured inland to Junnar. He was in Persia between 1677 and 1679, then returned to India until 1681... [his] account of the places he visited is accurate and reliable with numerous anecdotes told with a fine sense of humour'' (Howgego, 'Encyclopedia of Exploration to 1800', p.406). It is a "book rich in details of natural history and local medical practice," (DNB). Wing F2257. ESTC R23401. Cox I: p 280. Kress S.2042. Goldsmiths'-Kress 03475.2. Not in Atabey or Blackmer.

gilt
The decorative application of gold or gold coloring to a portion of a book on the spine, edges of the text block, or an inlay in...[more]
folio
A folio usually indicates a large book size of 15" in height or larger when used in the context of a book description....[more]
fine
A book in fine condition exhibits no flaws. A fine condition book closely approaches As New condition, but may lack the...[more]
raised band(s)
Raised bands refer to the ridges that protrude slightly from the spine on leather bound books.  The bands are created...[more]
morocco
Morocco is a style of leather book binding that is usually made with goatskin, as it is durable and easy to dye. (see also...[more]
calf
Calf or calf hide is a common form of leather binding.  Calf binding is naturally a light brown but there are ways to treat...[more]
leaves
Very generally, "leaves" refers to the pages of a book, as in the common phrase, "loose-leaf pages." A leaf is a single sheet...[more]
First Edition
In book collecting, the first edition is the earliest published form of a book. A book may have more than one first edition in...[more]