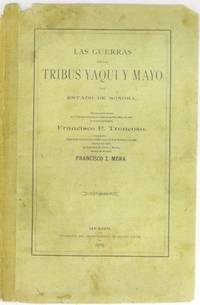 There is an abundance of documentation concerning the history of indigenous populations of Mexico prior to the arrival of the Spaniards. These documents were constructed from information about the groups with whom the Spaniards had the most contact and focus on the life and governance of these groups. In comparison, relatively little is known of the hunters and gatherers that for most of the colonial period occupied a marginal position relative to the central political scheme. These peoples, located in the arid part of America, were relegated to colonization by religious missionary orders. The Spanish colonization machine with its array of bureaucrats and administrators was first established in the Mesoamerican region because of its geo-political importance as a central area for decision-making and development of the colonial society. What is commonly known as the Aztec Empire consisted of 38 provinces which paid tribute, and the Empire was, in reality, a rather loose confederation of city-states with different political systems and situations. This confederation of city-states encompassed many different ethnic groups and a diverse array of languages. The cities in the central region consisted of primarily Nahuatl and Otomi speaking populations. To the northeast were the Huastecos, Totonacas, and Mazatecos. To the southeast the Mixtecos, Zapotecos. To the south the Mayas. To the southeast the Tlapanecas and Cuitlatecas. To the west the Mazahuas and the Matlazincas. The consolidation of this confederation of cities and settlements by the Mexicans who exercised their hegemony over these varied peoples, created a class of leaders of which the Tlatoani or Supreme Lord, warriors, and functionaries were a part; a class of businessmen and traders, the pochtecas, who, at the time of the colonization, were beginning to enjoy increasing importance and privilege. The campesinos (or countrymen), whether Nahuatl, Zapotec, or Mixtec, continued their life at the margin of these city-states in their apogee. The campesinos or macehualtzin were all members of a community, with usufruct rights to the land where they established their home and an agricultural plot. The territorial space was called the calpulli or what we now know as indigenous communal area or settlement. This calpulli was characterized by a sociopolitical organization based on a definition of territory, barrio or sometimes kinship. The Spanish colonization produced a phenomenon that on one hand tended to blur the cultural differences of the ethnic groups, while on the other contributing to the persistence of the same groups. These managed to retain their own identities yet with a colonial overlay that gave them an identity imposed by the colonizer (religious, or subjects to the king, mine of hacienda workers. etc.). With independence the indigenous peoples acquired the same liberties and rights as other segments of the population. Nevertheless, in many cases they were still subject to special laws and rules that kept them in a marginal and inferior situation relative to the white mestizo population. With the expansion of the agricultural and livestock frontier, and the development of capitalist relations of production in the field (salaried labor, production of commercial crops, capital investments in agrarian property, and the growth of infrastructure in the rural areas) the indigenous populations suffered a massive despoiling and appropriation of their territories, and many of them were exiled or resettled in less hospitable areas. This was the origin of the emergence of the great latifundios and haciendas, that established themselves in the territories belonging to the indigenous people and in which the indigenous populations were incorporated in systems of servants or clientage (peones acacillados). The exploitation of indigenous labor and the takeover of their lands generated conflict which erupted in the caste wars such as the Yaqui War in Sonora, or the Caste War in Yucatan in the Nineteenth Century, and which eventually culminated in the Revolution of 1910. Francisco del Paso y Troncoso has gathered the documentation starting in the colonial period in 1529 to 1902 to present the history of these wars of the Yaqui and Maya.

Seller rating:
This seller has earned a 3 of 5 Stars rating from Biblio customers.
Biblio.co.uk member since 2005
Fort Worth, Texas
Ask Seller a Question

First Edition
In book collecting, the first edition is the earliest published form of a book. A book may have more than one first edition in... [more]
wrappers
The paper covering on the outside of a paperback.  Also see the entry for pictorial wraps, color illustrated coverings for... [more]
folio
A folio usually indicates a large book size of 15" in height or larger when used in the context of a book description.... [more]
spine
The outer portion of a book which covers the actual binding. The spine usually faces outward when a book is placed on a shelf.... [more]