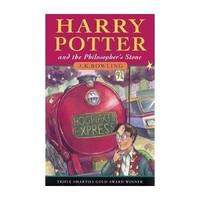 Bloomsbury Publishing PLC. Hardcover. Used; Good. **Simply Brit** Shipped with Premium postal service within 24 hours from the UK with impressive delivery time. We have dispatched from our book depository; items of good condition to over ten million satisfied customers worldwide. We are committed to providing you with reliable and efficient service at all times. 06/26/1997

30 day return guarantee, with full refund including shipping costs for up to 30 days after delivery if an item arrives misdescribed or damaged. Please contact us on customercare@britbooks.co.uk if you have queries regarding your order.

Seller rating:
This seller has earned a 5 of 5 Stars rating from Biblio customers.
Biblio.co.uk member since 2010
Milton Keynes , Buckinghamshire
Ask Seller a Question

Brit Books endeavours to provide each and every customer with an excellent shopping experience, backed by our customer satisfaction guarantee.