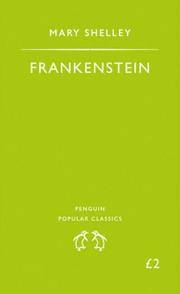 RETURNS are cheerfully accepted up to 30 days. We ship out within 1-2 business days and U.S. Standard Shipments usually arrive within 6-9 business days, Priority 3-6.

Seller rating:
This seller has earned a 2 of 5 Stars rating from Biblio customers.
Biblio.co.uk member since: 2003
Frederick, Maryland
Ask Seller a Question

With 3 stores less than 1 hour outside the DC/Metropolitan area (1 in Gaithersburg, 1 in Frederick and 1 in Hagerstown, MD), we have the largest selection of books in the tri-state area. Wonder Book and Video has been in business since 1980 and online since 1997. We have over 1 Million books for sale on our website and another 1 Million books for sale in our 3 locations. We have a very active online inventory and as such, we can receive multiple orders for the same item. We fill those orders on a first come first serve basis, but will refund promptly any items that are out of stock. Since 1980 it has always been about the books. ALL kinds of books from 95 cent children\'s paperbacks to five figure rare and collectibles. A merging of the old and new is where we started, and it is where we are today. Our retail stores have always been places where a reader can rush in looking for a title needed for a term paper that is due the next day, or where bibliophiles can get lost \"in the stacks\" for as long as they wish. In 2002 USAToday recognized us as \"1 of 10 Great Old Bookstores\", and we have been featured in numerous other newspaper and TV stories including Washington Post and CSpan.