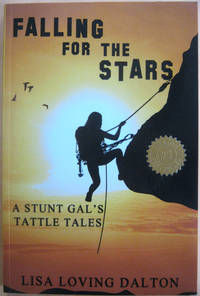 Falling for the Stars: A Stunt Gal's Tattle Tales

Falling for the Stars: A Stunt Gal's Tattle Tales

Shipping rates are based on packages weighing up to 1 kilogram (2.2 pounds). Heavier items and sets of books will incur higher shipping charges. All books are packed carefully using bubblewrap and extra protection when warranted.

Seller rating:
This seller has earned a 4 of 5 Stars rating from Biblio customers.
Biblio.co.uk member since: 2003
Lukeville , Arizona
Ask Seller a Question

About West of Eden Books

West of Eden Books is a home-based bookseller selling exclusively on-line since October 2003. We specialize in Out-Of-Print and Collectible Books with interests ranging from the Fine and Performing Arts to Science, Sports and Modern Literature. We are in daily contact with top booksellers worldwide and are happy to provide free referrals on request. Most of our listed books are first edition, first printings, carefully researched through our own reference materials and many other available sources. Most books are in Very Good to Fine condition with any flaws carefully noted. All hardcover books with dustjackets will receive a new archival quality Brodart dustjacket sleeve prior to shipping. Customer service and satisfaction is of primary importance to us at West of Eden Books. Our feedback from customers has been overwhelmingly positive. We pride ourselves in this and pledge to address any issue with any of our products or services to your satisfaction. Digital images available on request.

New
A new book is a book previously not circulated to a buyer. Although a new book is typically free of any faults or defects,...[more]
title page
A page at the front of a book which may contain the title of the book, any subtitles, the authors, contributors, editors, the...[more]
trade paperback
Used to indicate any paperback book that is larger than a mass-market paperback and is often more similar in size to a hardcover...[more]
tight
Used to mean that the binding of a book has not been overly loosened by frequent use.