home Ergodebooks A Dance to the Music of Time: First Movement 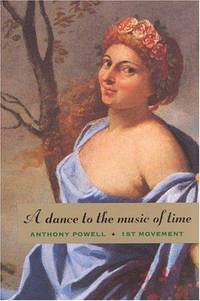 A Dance to the Music of Time: First Movement

A Dance to the Music of Time: First Movement

A Dance to the Music of Time is a twelve-volume series of novels by Anthony Powell. One of the longest works of fiction in literature, the work is often published as four volumes of three novels each. The title, A Dance to the Music of Time, was inspired by Nicolas Poussin’s painting of the same name, which depicts the four seasons as nymphs dancing in a circle while a winged Father Time plays the harp. The epic work is narrated through the memories of Nick Jenkins, an “everyman” recalling the people he met over the previous half-century. Yet A Dance to the Music of Time is less about Jenkins and more about the metropolitan circles he inhabits. Beginning with the end of World War I and ending with the turbulence of the 1960s, the novels highlight encounters between friends and lovers who drift apart but continue to reencounter each other over time. Apart from a trip to France, some time in Ireland, and an interval in Venice, the series mainly takes place in England and is often read as a reflection of the country’s social history. In its entirety, A Dance to the Music of Time is composed of the following novels: A Question of Upbringing (1951), A Buyer's Market (1952), The Acceptance World (1955), At Lady Molly's (1957), Casanova's Chinese Restaurant (1960), The Kindly Ones (1962), The Valley of Bones (1964), The Soldier's Art (1966), The Military Philosophers (1968), Books Do Furnish a Room (1971), Temporary Kings (1973), and Hearing Secret Harmonies (1975). The books were a great success in both Britain and America upon their publication. The series is ranked 43rd on Modern Library’s “100 Best” English-language novels of the 20th century. It is also listed on TIME’s “100 Best Novels” (since 1923) and the Telegraph’s list of the 20 best British and Irish novels of all time.

Read more: Identifying first editions of A Dance to the Music of Time: First Movement

Seller rating:
This seller has earned a 3 of 5 Stars rating from Biblio customers.
Biblio.co.uk member since 2005
HOUSTON, Texas
Ask Seller a Question

Our goal is to provide best customer service and good condition books for the lowest possible price. We are always honest about condition of book. We list book only by ISBN # and hence exact book is guaranteed.